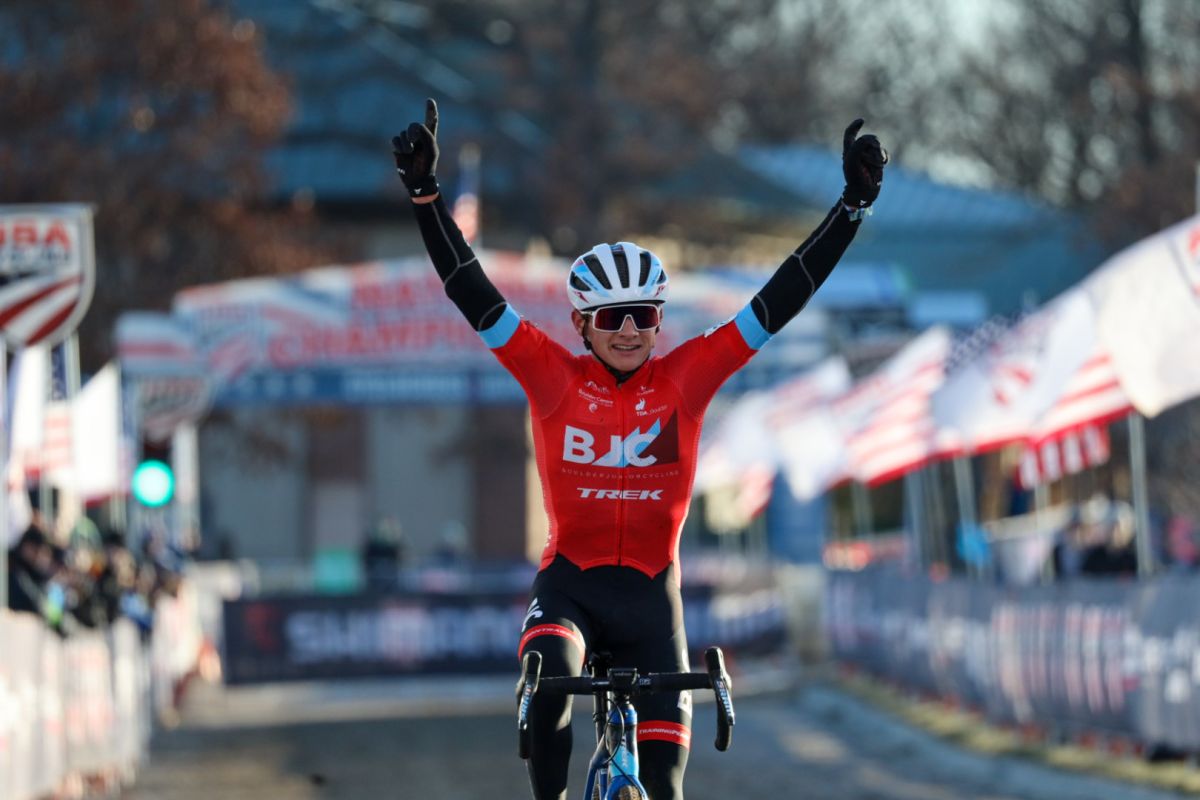 After a one-year hiatus, the Euro Cross Academy (ECA) returns to Belgium this week with 10 junior riders from the United States set to embark on a near three-week racing calendar. The six male and four female riders will race two rounds of the UCI Cyclo-cross World Cup, participate in training with the Dutch national team, and taste their first experience of European racing.

The ECA’s trip to Belgium was canceled in 2020 due to COVID-19 but the programme has been running since 2003 with a huge number of current professional riders having come through the system over the years. The recently turned non-profit organization is run by Geoff Proctor, a full-time high school teacher. He has helped riders such as Joe Dombrowski (UAE Team Emirates), Logan Owen (EF Education-Nippo), and current cyclo-cross superstar and US national champion Clara Honsinger (Cannondale-Cyclocrossworld.com) over the years, and is excited to be working with a new generation of riders.

“Everything has been dialed in, and it’s been a lot of work but we’re ready,” Proctor told Cycling News before he and the riders fly out on Wednesday.

“We’ve arranged for all the Covid testing and we’ve got 10 juniors racing and then one younger rider who is just coming with us to train. It’s exciting. It’s been two decades of doing this and it’s just so critical that we get this European experience for these young riders. That’s where the level and that’s where the conditions are. So getting them to be comfortable in Europe is going to be critical. The vision is to create these opportunities for American riders to get over and learn their trade and develop.”

The bulk of the riders heading to Europe this week have already formed part of ‘cross camps in the US during the summer, and during the recent US National Cyclo-cross championships, several riders enjoyed successful outings.

“Seven of the 10 riders coming were with us at summer camps and the others have shown well during this fall. I really get inspired by working with young people, whether it’s in the classroom or as athletes. I’m really driven to try and give them opportunities. They’re really motivating and inspiring,” said Proctor.

“We’re going to try and train with the Dutch team next Wednesday and then it really starts in earnest from the second week onwards. This camp is important because it also gives the riders a better chance at the World Championships. I was looking at the top men in the elite’s at nationals this past weekend and I think seven or eight of them have been part of our camps.”

Recently-crowned junior champion Magnus White is joined on the trip by the rest of the junior men’s podium, Andrew August and Frank O’Reilly, while fourth-place finisher Ben Stokes also makes the trip to Belgium alongside Vaughn Veenendaal and Marcis Shelton.

Kay Musgrave, who finished third in the junior women’s race, is on the trip alongside fifth-placed finisher Samantha Scott, Natasha Visnack and Elsa Westenfelder.

As in previous years, Cycling News will be running a blog from the camp with riders contributing throughout their Belgium adventure. We’ll have first-hand accounts from the stars of tomorrow, with personal insights into their racing and experiences.