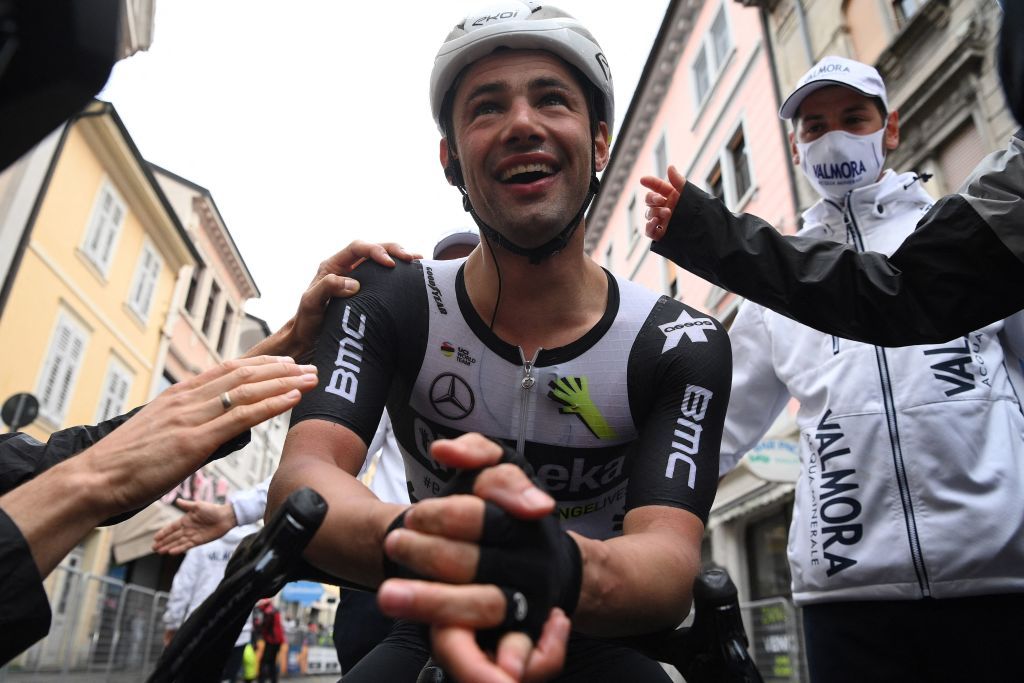 The main field that included maglia rosa Egan Bernal (Ineos Grenadiers) finished 17 minutes back but he maintained his lead in the overall classification by 1:33 ahead of Simon Yates (Team BikeExchange) and 1:51 ahead of Damiano Caruso (Bahrain Victorious).

The 147 kilometre stage from Grado to Gorizia was marred by a mass-race crash in the first four kilometres that saw the peloton neutralised for 25 minutes to allow medical staff to reach the site where the accident occurred.

Campenaerts and Riesebeek formed part of a large breakaway but they cleared their rivals over the top of the final climb, Gornje Cerovo, and descended into Gorizia in what was a tactical battle for the stage victory won by Campenaerts.