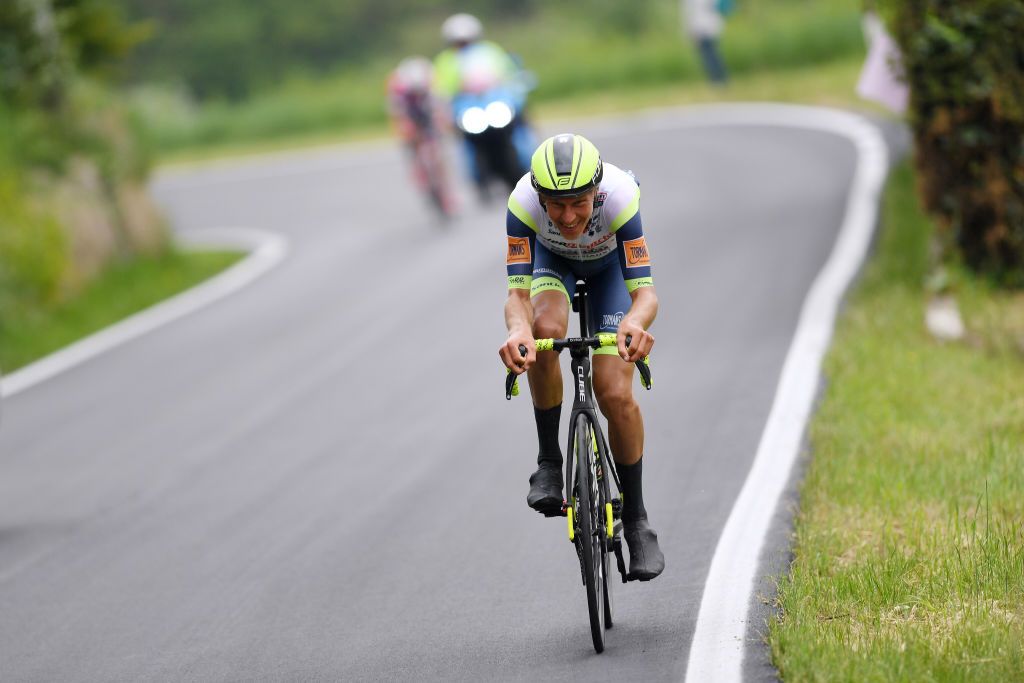 Taco van der Hoorn (Intermarche-Wanty-Gobert Materiaux) secured a surprise victory at stage 3 of the Giro d’Italia. The Dutch rider was the last remaining of a decisive breakaway and he held off a charging reduced-group sprint to win in Canale.

Although they gained six minutes on the field, the move began to fall apart over the ascents located in the second half of the stage. Pellaud and Van der Hoorn crested the final climb inside 20km to go with a gap on their breakaway rivals.

Van der Hoorn attacked Pellaud with 9km to go and pushed on alone with one minute on the main field. In between, chasers Ciccone and Gallopin were caught 2km from the finish, but Van der Hoorn still had 20 seconds in hand.

Van der Hoorn rounded the final corners and crossed the line by just 4 seconds head of the charging peloton.

Watch the video highlights from stage 3 of the Giro d’Italia above.