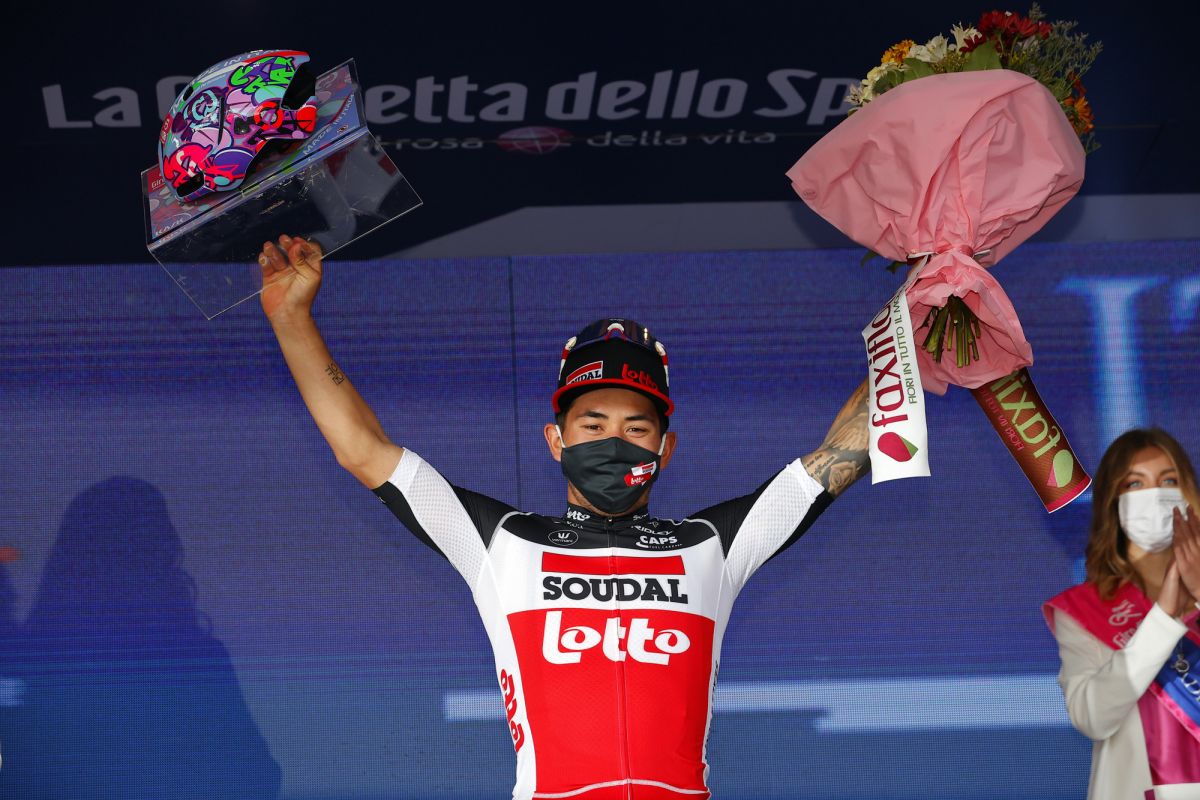 Points classification leader Tim Merlier (Alpecin-Fenix), attentive and on the wheel of Ewan, dropped his chain in the final push to the line and lost the maglia ciclamino to Nizzolo.

Alessandro de Marchi (Israel Start-Up Nation), who took the maglia rosa from the breakaway on stage 4, kept the overall lead with 42 seconds on Louis Vervaeke (Alpecin-Fenix) and 48 on Nelson Oliveira (Movistar), with no major changes among the main contenders except for two drop-outs due to crashes.

What should have been a straightforward day of sitting in the peloton for the overall contenders turned to disaster in the final 20 kilometres, with first Pavel Sivakov (Ineos Grenadiers) going down hard after clipping a kerb and then a violent crash with 4km to go taking out Mikel Landa (Bahrain Victorious).

The almost entirely flat stage was going to script, with Filippo Tagliani (Androni Giocattoli-Sidermec) and Umberto Marengo (Bardiani-CSF-Faizanè) getting away early, being given a large lead by the peloton, and then being caught just after the intermediate sprint.

But with 16km to go, Sivakov crashed hard after running into the median. Then with 4km to go, Joe Dombrowski (UAE Team Emirates), wearing the blue jersey of mountains classification leader after his victory on stage 4, clipped a signalman at a piece of traffic furniture in the middle of the road and crashed, sending Landa and Francois Bidard (AG2R Citroën) to the ground.

Somewhere in there, the breakaway was caught, and Ewan claimed the win.

While Bidard and Dombrowski finished the stage eight minutes behind Ewan, the Frenchman had to withdraw due to a clavicle fracture, and the American was taken to hospital to assess for a possible concussion and his status for stage 6 is unknown.

Landa was taken away by ambulance with what appeared to be a shoulder injury. Both he and Sivakov were out of the race.

Watch the video highlights from stage 5 of the Giro d’Italia above.