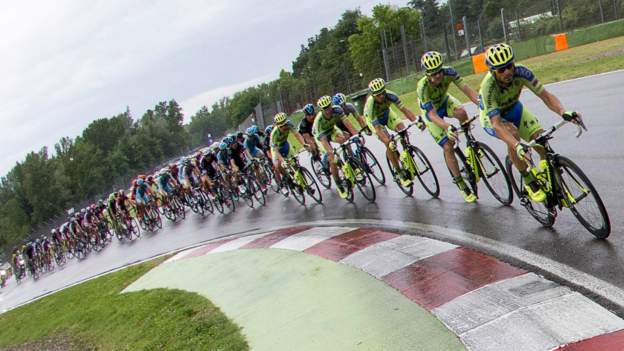 The UCI Road World Championships will be held in Flanders, Belgium from 19-26 September – and all the elite action will be shown live on the BBC.

Based around the city of Leuven, the 94th edition of the annual championships is back to a full schedule with the team time trial mixed relay, Under-23 and junior categories returning after last year’s event was pared down because of the coronavirus pandemic.

British Cycling has named a squad of 30 riders across all events, with Hayter up first in the elite men’s time trial alongside Dan Bigham on Sunday, 19 September.

Events take place across Flanders, with elite time trials starting in Knokke-Heist and finishing in Bruges whilst elite road races start in Antwerp and end in Leuven.

The road races will feature a Classics-style course on some of the iconic cobbled climbs in the region – with the men covering 268km and 157km for the women.

All times listed are BST and are subject to change.

Schedules and coverage times are subject to late changes. The BBC is not responsible for any changes that may be made.

You can view BBC Sport output as well as listen to our radio sports programming on the BBC iPlayer.

National and regional variations have been included in this list where possible, but please check your local listings for more detailed information.