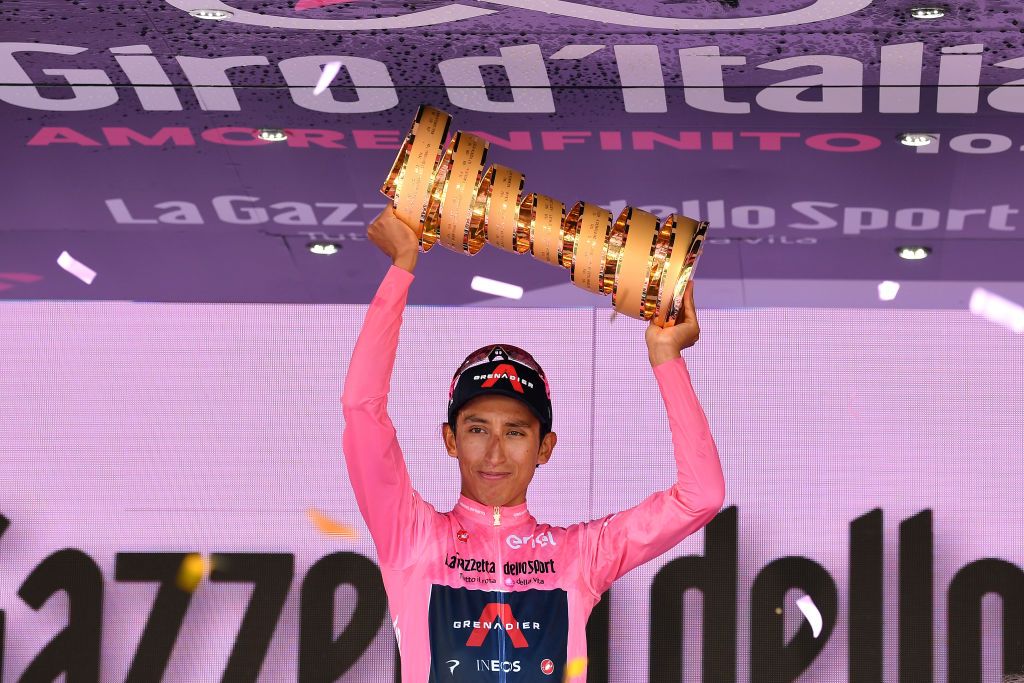 The 2022 Giro d’Italia will start in Budapest, with race organisers RCS Sport set to present the Grande Partenza stages in Hungary on November 3 in the presence of local rider Attila Valter (Groupama-FDJ) , who wore the maglia rosa for three days this year, and 1987 winner Stephen Roche, who is now based in Hungary.

The full route of the 2022 Giro d’Italia is likely to be revealed in a series of events during November.

The 105th edition of the Italian Grand Tour will start on Friday May 6 and end on Sunday May 29, with the Friday start allowing for an extra rest day and transfer from Hungary to Italy on Monday May 9. The Corsa Rosa was due to start in Hungary in 2020 but the Covid-19 pandemic forced RCS Sport to reschedule the race to October and move the start of the race in Sicily.

The 2020 Grande Partenza in Hungary was supposed to include a time trial but reports suggest that might be replaced with a circuit stage, with the time trials elsewhere in the Giro route in Italy.

5 conclusions from the 2021 Giro d’Italia

Stage 2 and 3 are expected to cross Hungary with stages from Budapest to Györ and from Székesfehérvár to Nagykanizsa. Details of the three stages will be revealed during Wednesday’s Grande Partenza presentation.

The rest of the Giro d’Italia has still to be confirmed but leaks, local media reports and rumours have indicated an outline of the full route. Several Italian websites and the La Flamme Rouge platform have drawn up stage lists and maps.

The Giro d’Italia teams and organisers are expected to fly south to Sicily after the stages in Hungary for at least two stages on the island. The holiday resort of Taormina, near Catania has been named as a start town, with a stage finish somewhere on the slopes of Mount Etna likely.

The route will then begin to head north via Calabria, Basilicata and Campania with a first mountain finish on the BlockHaus before the rest day in Pescara on the Adriatic coast.

The second week is expected to pass through Umbria, the Marche coast and then Emilia Romagna for a finish in Reggio Emilia and a stage start in Parma. These stages could suit the sprinters or head into the testing Apennines hills.

The weekend stages are likely to climb into the mountains and visit Liguria and Valle d’Aosta in the west, with Cogne likely to host a finish and a chance of a return to the spectacular dirt roads of the Colle delle Finestre climb, where Chris Froome broke away alone to snatch the maglia rosa in 2018.

The Giro d’Italia route is expected to head east and up into Valtellina north of Milan in the third week and then via Alto Adige and on towards Slovenian for a finish in the hills east of Udine.

The Veneto region is set to host the finale stages with a last mountain stage possibly the top of the Passo Fedaia after climbing the legendary roads of the Marmolada. A finish at the Tre Cime di Lavaredo has also been rumoured.

Verona, rather than Milan, is set to host the final stage with a time trial again finishing inside the Roman arena just like when the USA’s Chad Haga won the stage and Richard Carapaz won the maglia rosa in 2019.