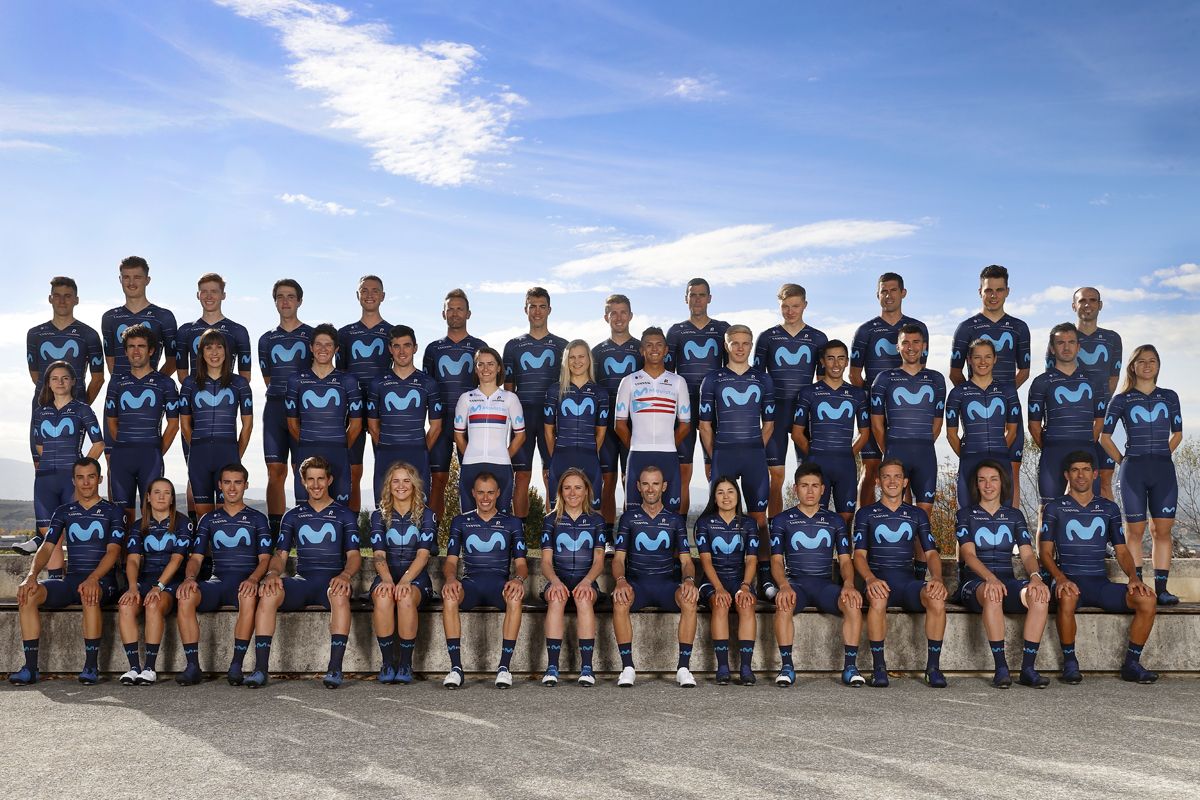 Movistar Team Women have steadily grown over the last five seasons to become one of the outstanding teams racing on Women’s WorldTour. Since starting in 2018 with the goal of providing opportunities to Spanish riders, they have flourished little-by-little each season into a winning team with an international roster.

The team have maintained their intent to develop future talent, too, with fast-rising talents like Emma Norsgaard and team newcomers Arlenis Sierra and Sarah Gigante. Together these riders make up the future of Movistar Team Women at a wide range of races including the punchy one-day races, sprints, and mountainous stage races.

All of the riders played a role in the team securing third place in the UCI World Ranking behind SD Worx and Trek-Segafredo. However, van Vleuten’s whopping 5,053.33 points, which secured her the individual ranking lead, made up the majority of the team’s overall 9067.66 points.

Overall, the team fared well last year with success across a wide range of terrain from the Spring Classics to stage races and at all levels from x.1-, x.Pro, and WWT races on the international calendar.

Van Vleuten brought the team success in the spring with wins at Dwars door Vlaanderen and Tour of Flanders, their biggest win ever, along with a series of races in Spain that were important to the team and their home sponsors. She also won the Ladies Tour of Norway. Norsgaard secured wins at early-season stage race Festival Elsy Jacobs, Thüringen Ladies Tour, Giro d’Italia Donne. Aalerud and Erić secured national titles in Norway and Serbia, respectively, while Thomas won the Tour de l’Ardeche to close out a successful season.

Annemiek van Vleuten – Winner of both the individual Women’s WorldTour and UCI World Ranking, Van Vleuten brought the team more success in one season than they have had since their inception five years ago. She opted to skip the Giro d’Italia Donne in favour of the Olympic Games where she secured silver medal in the road race and gold in the time trial. She aims return her focus to the Spring Classics, and then back-to-back Giro d’Italia Donne and Tour de France Femmes in July, where is the only rider who could feasibly win overall titles at both events.

Sarah Gigante – Gigante joined the Spanish team on a three-year deal so that she could work under the tutelage of Van Vleuten. They are similar riders – both successful time traillists and powerful climbers – but at just 21 years old, Gigante has a lot to learn about the ins-and-outs of pro bike racing. She was one of the most sought-after riders last season as a former elite road race champion and two-time time trial champion from Australia. Injuries prevented her from showing her full potential during last season but now that she is healthy, the sky is the limit for Gigante.

Emma Norsgaard – Norsgaard is one of the most exciting riders on the Women’s WorldTour with a versatile range that includes punchy terrain, sprints, and time trials. She rocketed to success last year with an overall win at Festival Elsy Jacobs and victories at Thüringen Ladies Tour and Giro d’Italia Donne. She participated in her first Olympic Games. She has extended with Movistar Team Women through 2024 and we can expect to watch her continue to develop, win a magnitude of races, all along the path way to the next Olympic Games.

Arlenis Sierra – It was only a matter of time before Sierra landed a big WorldTour contract and she signed with Movistar Team Women through 2023. She has been one of the strongest puncheurs in the peloton during her career in the elite ranks and joins the team after spending five seasons with Astana and last year with A.R. Monex. Last year she won Navarra Women’s Elite Classics, a stage at the Tour de l’Ardèche, and two stages and the overall title at Giro Toscana. She capped off the year with a fifth place at the Flanders World Championships and a win at Tre Valli Varesine Women’s Race.

Movistar Team Women have quickly become one of the most versatile and winning teams in professional women’s cycling. They now truly have riders who can do it all. With Van Vleuten and Gigante, the team have a veteran champion and her protégé for the hilly Classics, time trials, and high-mountain stage race like the Giro d’Italia and Tour de France Femmes. Van Vleuten is still in her prime but as she considers future retirement, the team will develop Gigante so that she’s ready to take the reins.

They also have two champions for the punchy terrain and sprints in Norsgaard and Sierra, both will grow into leadership roles during the 2022 season and beyond.

Most importantly, the team have great cohesion and an environment with which to excel with financial support and infrastructure, the best equipment and gear, and a family-style atmosphere that makes everyone feel valued.

Each season Movistar Team Women make progress with steady gains and small adjustments. Two years ago, they were consistently placing in the top 10. Last year, they won the Tour of Flanders and finished with the top-placed rider in the Women’s WorldTour and World Ranking with Van Vleuten, and with stand-out success from Norsgaard.

It’s hard to find a weakness in the team this year given their commitment to filling the gaps with riders like Gigante and Sierra, who bring the depth the team was lacking in previous years.

If we have to pick out a problem area it is that a 14-rider roster might be stretched thin on the approaching calendar that now includes the Giro d’Italia and Tour de France Femmes in July, the new Battle of the North and return of an expanded RideLondon. This isn’t just a Movistar-specific issue, however, as all of the top women’s teams will need to grow in roster size, staff and infrastructure to meet the growing demands of the Women’s WorldTour.

In just five short years, Movistar Team Women has become one of the most competitive teams in professional cycling. It’s been a steady work in progress backed by a commitment of Telefonica to foster inclusion and gender equality and built on the same management, sponsors and staff as their long-time men’s WorldTour outfit.

Last year marked the most successful season for the Spanish team with the signing of Van Vleuten, and development and rise of Norsgaard. The next step is to build depth and they are well on their way with signing newcomers Gigante and Sierra.

The team’s cohesion is their biggest asset and so with valuable support from riders Aalerud, Biannic, Erić, González, Guarischi, Gutiérrez, Martín, Oyarbide, Patiño, and Rodríguez, who can win races in their own right, will bring this team to the top step of the podium on the Women’s WorldTour.