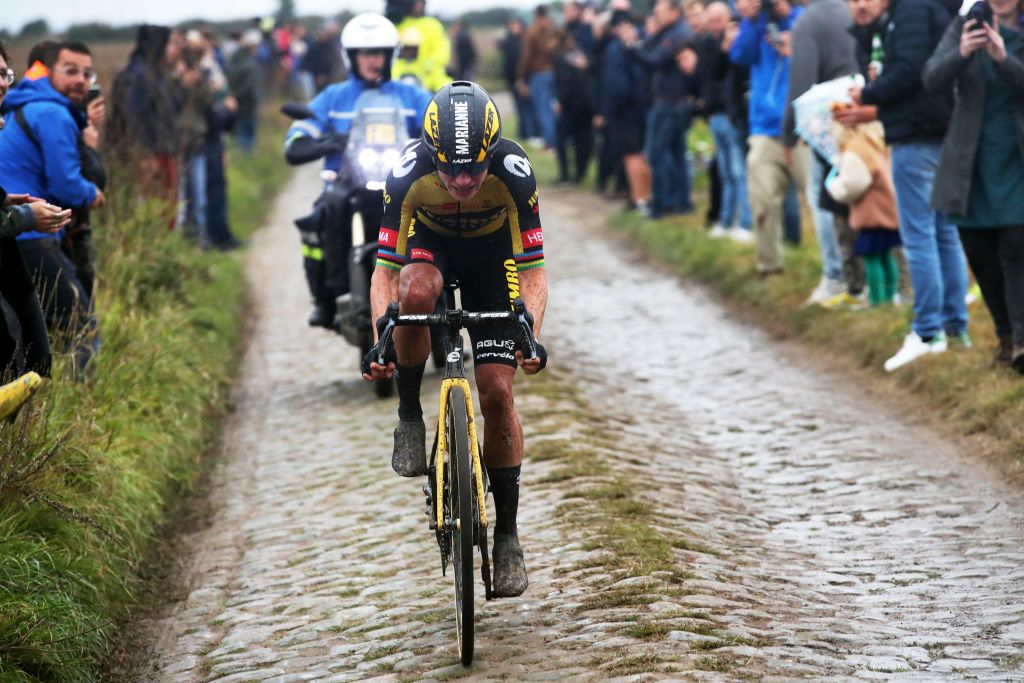 The world watched on live television as Marianne Vos, one of the greatest cyclists of all time, finished second place at the first-ever Paris-Roubaix Femmes last autumn. It was a remarkable history-making victory for Lizzie Deignan and a heart-wrenching loss for Vos.

Saturday’s second edition marks a fresh outlook for the Dutch woman, a new challenge, a different race, and another opportunity to win the coveted Hell of the North.

“I’m fit, I’m really looking forward to it, the tyre pressures have been tested extensively, and we are well prepared as a team,” Vos said on the eve of the race.

The women’s Paris-Roubaix route will not include the famed Trouée d’Arenberg of the men’s race route, but the women will race a slightly longer 124km, versus 115km in 2021, including an additional opening lap in the start city of Denain.

As for the pavé, the peloton will tackle the same 17 sectors for 29.2km of cobbles as last year’s route. Two are rated five-star difficulty: Mons-en-Pévèle with 49km to go, and the Carrefour de l’Arbre with 17km to go en route to the velodrome in Roubaix.

Deignan made her winning move ahead of the first pavé sector, Hornaing à Wandignies, and went on to an 82km solo victory. Vos put forth a determined chase behind, but it wasn’t enough to catch Deignan and she finished second in the velodrome.

“Paris-Roubaix is one of the greatest races in cycling history. It’s great to be a part of that, but I experienced last year that it is a very tough race and it will probably be again now. It does help that we now know what to expect,” Vos explained.

“Until last year we only knew Paris-Roubaix from TV, now we have the experience of October in our pocket. The lack of rain will also help. Because the sectors are dry, we can determine much better where the road surface is least bad.

“Last year I was very happy once I entered the Velodrome. You are constantly focused because one cobbled section is even longer and more vicious than the other, so the finish felt like a relief.”

This year’s conditions are expected to be dry and sunny, unlike the unruly wet and muddy affair last year. This factor alone could create an entirely different outcome at Paris-Roubaix.

“How will it go on Sunday? We really have to wait and see,” Vos said.

“I know it’s a cliché, but it’s true. You can’t do without a bit of luck, especially in these kinds of competitions. You must have a good day and must not have a material breakdown. We’ll see how it goes.”