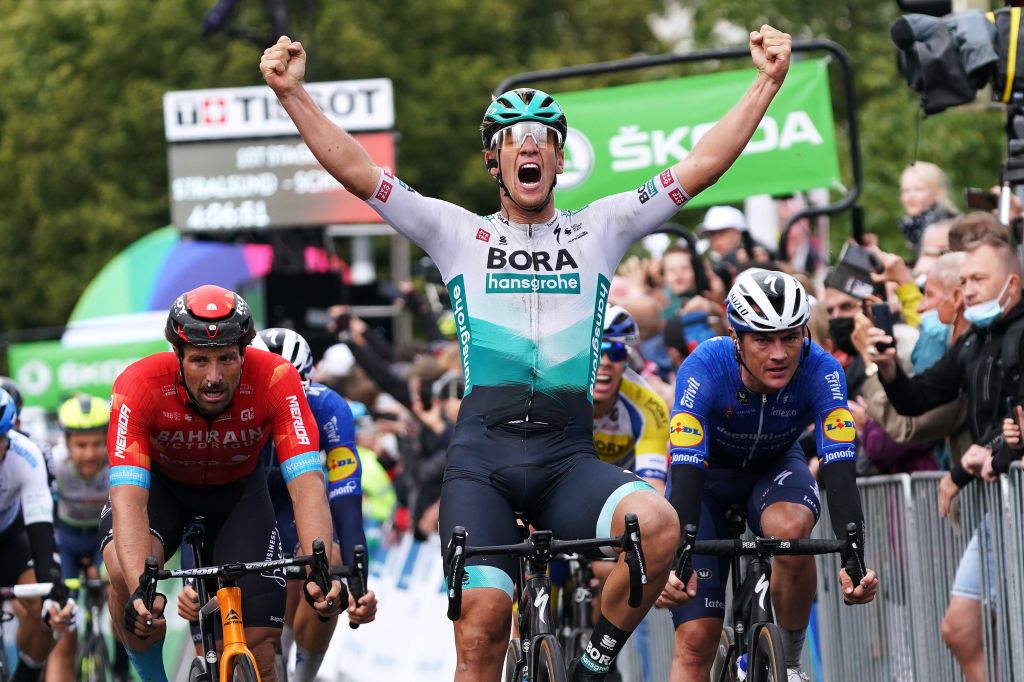 Pascal Ackermann and Michael Schwarzmann will miss Paris-Bourges and Paris-Tours after testing positive for COVID-19, Bora-Hansgrohe announced on Thursday.

Paris-Tours was set to be Ackermann’s final race in Bora-Hansgrohe colours before he departs for UAE Team Emirates on a two-year deal.

The German sprinter endured a difficult start to 2021 and he was omitted from Bora-Hansgrohe’s Tour de France squad before picking up six wins in the second half of the season.

“After displaying slight symptoms of a cold, Pascal Ackermann and Michael Schwarzmann had a PCR test carried out on short notice ahead of their trip to France, which returned a positive result,” read a statement from Bora-Hansgrohe.

“A second test confirmed the positive result for both riders. Ackermann and Schwarzmann therefore did not commence their trip and are now at home, following the guidelines of the relevant health authorities.”

Bora-Hansgrohe have called up Maciej Bodnar – who will join Peter Sagan at TotalEnergies next season – as a replacement, and the German squad will now line out with six riders rather than a full complement of seven at Paris-Bourges on Thursday and again at Paris-Tours on Sunday.

Earlier this season, Bora-Hansgrohe were ruled out of both E3 Harelbeke and Gent-Wevelgem after a number of their riders and staff were deemed close contacts when Matt Walls tested positive for COVID-19.