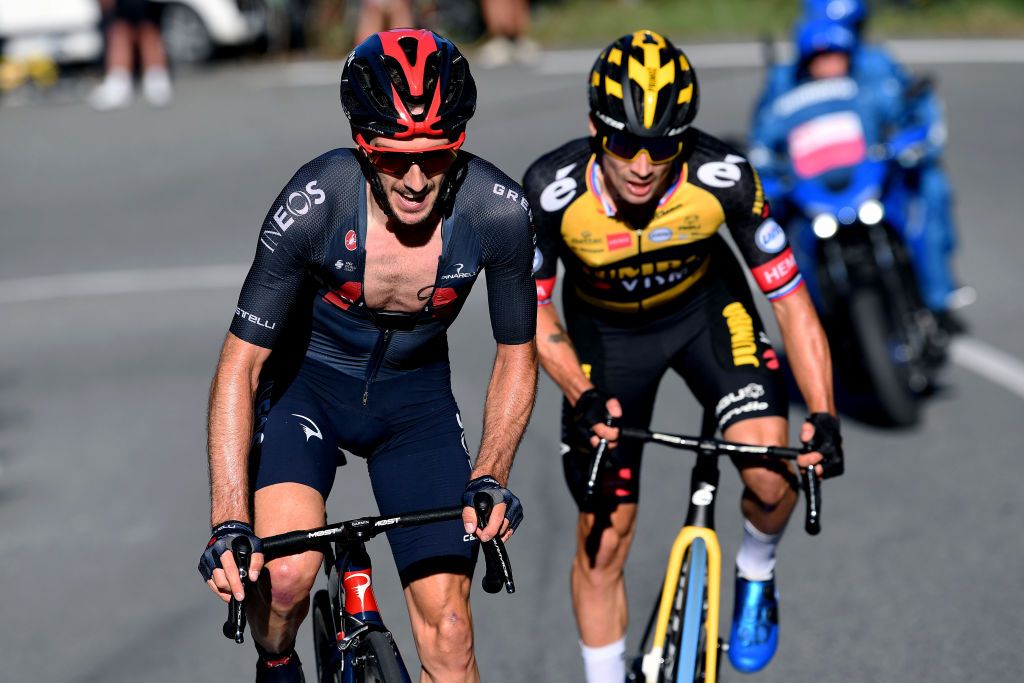 Adam Yates went toe to toe with Primoz Roglič (Jumbo-Visma) at Milano-Torino on Wednesday and while ultimately the Briton walked away without a victory the strength of the performance which netted second leaves the Ineos Grenadiers heading into Il Lombardia confident he has the form to make a mark.

Yates crossed the line atop the finishing climb of Superga 12 seconds behind Roglič, though for a while there it looked like he may have had the Slovenian rider on the backfoot. Yates initiated the key attack at about 4km to go and didn’t relent, attacking repeatedly until he was alone with Roglič. Within the final 600 metres, on the steep ramps to the Basilica, Yates tried again though Roglič fought back and continued on with the acceleration to take the victory.

“I had a good ride, but in the end the strongest guy won,” said Yates in a media statement from Ineos Grenadiers. “The last few races, the Vuelta and then Emilia I kinda waited and you know Primoz, he just goes – like 500m to go, really explosive, so it’s hard to beat him, and in the end he still had the legs to beat me. In the end, he was the strongest guy in the race.”

Roglič’ has won the last three events Yates has lined up at, with the rider finishing behind in fourth place at both the Giro dell’Emilia and La Vuelta a España. The step up in results to second at Milano-Torino came after a battle to regain position earlier in the race with a threatening split in the peloton at under 50km to go.

“Early on, big thanks to the guys as we got caught out a little bit in the wind,” Yates said. “We were in a good position, but then a few guys from other teams dropped the wheel, so we were caught out and had to do a big chase. In the end we caught back up and I tried to do my thing on the last climb, I did the best I could but in the end not good enough. We’ll try again on Saturday.”

Il Lombardia on Saturday runs over 239 kilometres from the shores of Lake Como to the finish in Bergamo on a route that includes more than 4,500 metres of climbing. The field is packed with top names for the season finale but after a run of recent wins, and particularly with his latest confirmation of form at Milano-Torino, Roglič looks like the rider to beat. After getting close to delivering a winning move at Milano-Torino, Yates hopes he can be the one to do it.

“Lombardia is a big goal, the condition is there, I just need to pull it out of the bag,” Yates said. ”One more race on Saturday, hopefully I will be on the top step of the podium this time.”