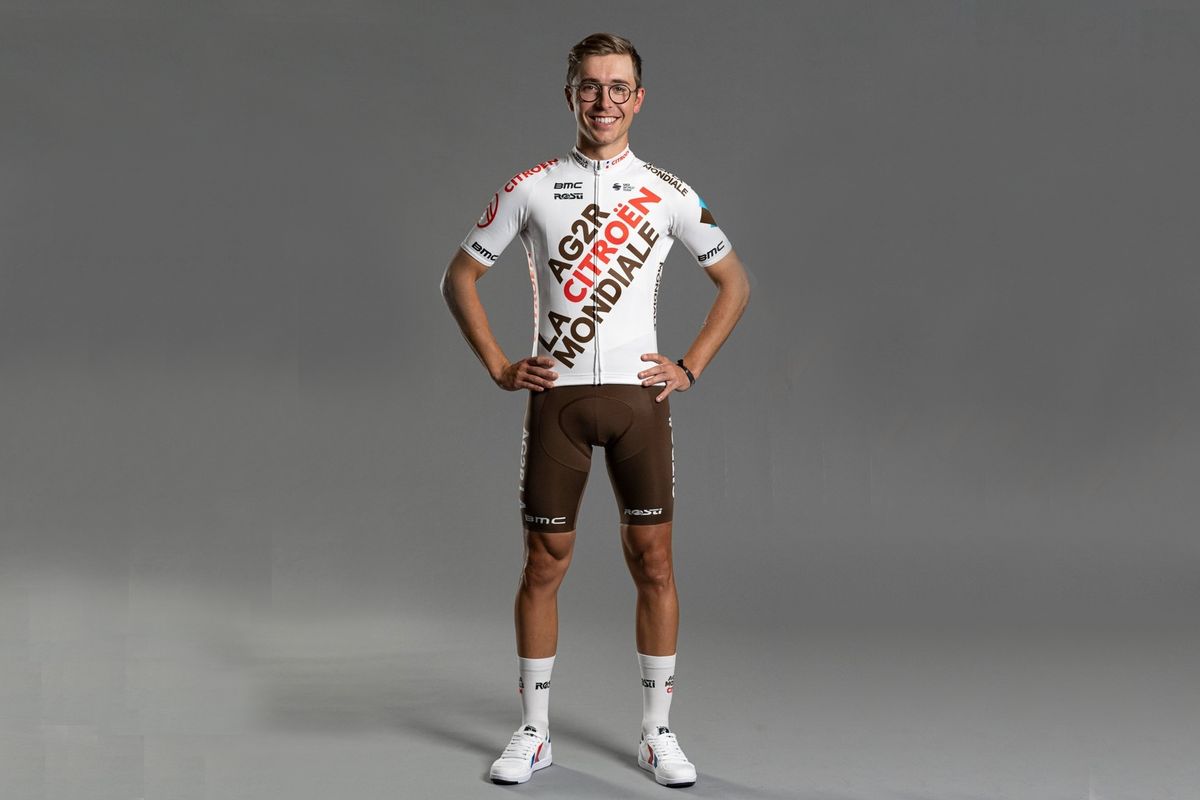 AG2R Citroën have unveiled their kit for the 2022 season, showing off a design which remains unchanged from their 2021 season.

The team has retained the brown shorts they have worn since their redesign for 2011. Meanwhile, the white jersey is once again dominated by sponsors insurance firm AG2R La Mondiale and carmaker Citroën, with the names of both brands splashed diagonally across the front.

The kit is designed by French manufacturer Rosti, while the kit also carries the logo of the team’s bike provider BMC and the UCI WorldTour logo.

Since moving to the white, brown and blue colour scheme of AG2R La Mondiale in 2011, the team has often retained the same kit designs over several seasons before making changes. With Citroën coming on board for 2021, the blue was replaced by red, marking the last big re-design of the kit.

The French squad, which has been part of the pro peloton since its founding in 1992 as Chazal-Vanille et Mûre-Vetta, is currently at 29 riders for next season following several incoming and outgoing moves.

With two neo-pros joining, the team will be able to make a late signing if they choose, to bring the number up to the ProTeam maximum of 30. Antoine Raugel (from the Groupama-FDJ Continental team), and Valentin Paret-Peintre (brother of  Aurélien, from AG2R U23) are the newcomers for next season, while Felix Gall also joins from Team DSM.

Tony Gallopin leaves for Trek-Segafredo after a four-year stint which saw him win a Vuelta a España stage in 2018. Fellow Vuelta stage winner Alexis Gougeard heads to B&B Hotels p/b KTM after eight years at the team.

Elsewhere, François Bidard moves to Cofidis, while Julien Duval and Ben Gastauer retire, joining Mathias Frank, who did so in the middle of the year. Manager Vincent Lavenu remains at the helm of the team, having been in that position since he created the squad upon his retirement from racing.

The team racked up 12 wins during 2021 and finished a solid eighth in the UCI rankings. Successes included a stage apiece at each Grand Tour.

Ben O’Connor’s solo ride up Tignes saw them celebrate their 21st stage win at the Tour de France as the Australian finished fourth overall. Andrea Vendrame won stage 12 of the Giro d’Italia in Bagno di Romagna, while Clément Champoussin took victory on the penultimate stage of the Vuelta a España.