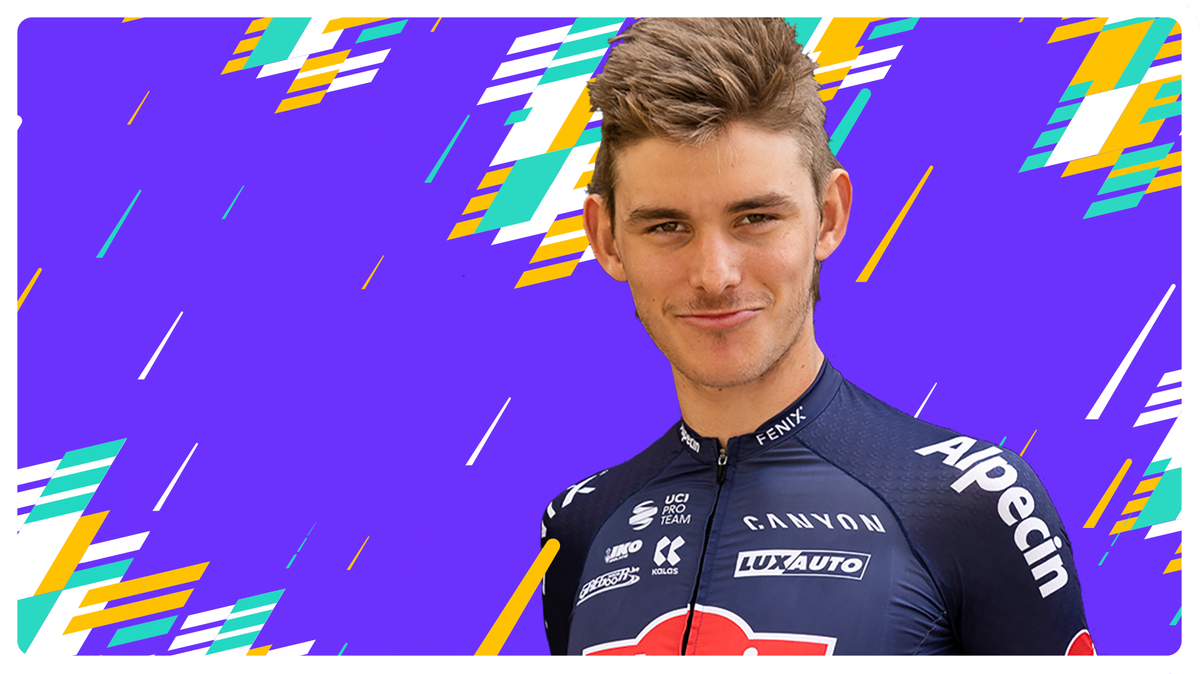 For a second year in a row an Australian rider has scooped up a professional cycling contract with Alpecin-Fenix through the Zwift Academy, with Queenslander Alex Bogna joining last year’s winner Jay Vine on the team for 2022.

The competition to win a professional contract, which selects finalists through a series of competitions on the Zwift online fitness platform, has delivered a rare chance for Australian cyclists to break through to a professional career in Europe at a time when COVID-19 pandemic related border closures have further limited the already sparse opportunities.

Ten finalists were selected to go to Mallorca to take part in a series of on and off the bike tests, with five women vying for a contract with Canyon-SRAM and five men for the Alpecin-Fenix opportunity. Samuel Hill, Cooper Sayers and Bogna of Australia, plus Mads Rahbek of Denmark and Byron Munton of South Africa, were competing for the contract on the multi-discipline pro cycling team

“Alex outperformed over the whole week in general,” Kristof de Kegel, performance manager at Alpecin-Fenix, said in the broadcast announcing the winner on GCN. “The first days were still a bit hard to judge because the level of the riders was really close but the last two days Alex really made a difference and if he can make it at the end with all the pressure and all the eyes on you.”

The 19-year-old, the youngest of the Australians, races the National Road Series with ARA Pro Racing Sunshine Coast but while his teammates were taking part in the final event of 2021 season on home territory in Queensland Bogna prevailed on both Zwift and the climbs of Mallorca to secure the year long contract with Alpecin-Fenix.

“I just found out I’m going to be a professional bike rider for Alpecin-Fenix and I’m lost for words,” said Bogna on the GCN broadcast. “I’m shell-shocked to be honest. This is going to be absolutely life changing.”

At Alpecin-Fenix Bogna will race alongside riders like Mathieu van der Poel, Tim Merlier and Jasper Philipsen. He will also be joining fellow Australians Robert Stannard, who is making the shift from Team BikeExchange in 2022, and Vine, who had his contract with Alpecin-Fenix extended another two years after quickly delivering strong performances on the road after his Zwift Academy win.

Over 150,000 riders took part in Zwift Academy Road, which ultimately delivered that prized contract with Alpecin-Fenix and Canyon-SRAM. The five finalists in the women’s competition were Dutch riders Maud Oudeman and Willemijn Prins, Australians Imogen Alton and Rachael Wales along with Caitlin Conyers of Bermuda. The 18-year-old Oudeman secured the contract with the contract with the Women’s WorldTour team after excelling in the daily workouts and earning multiple ‘rider of the day’ awards.