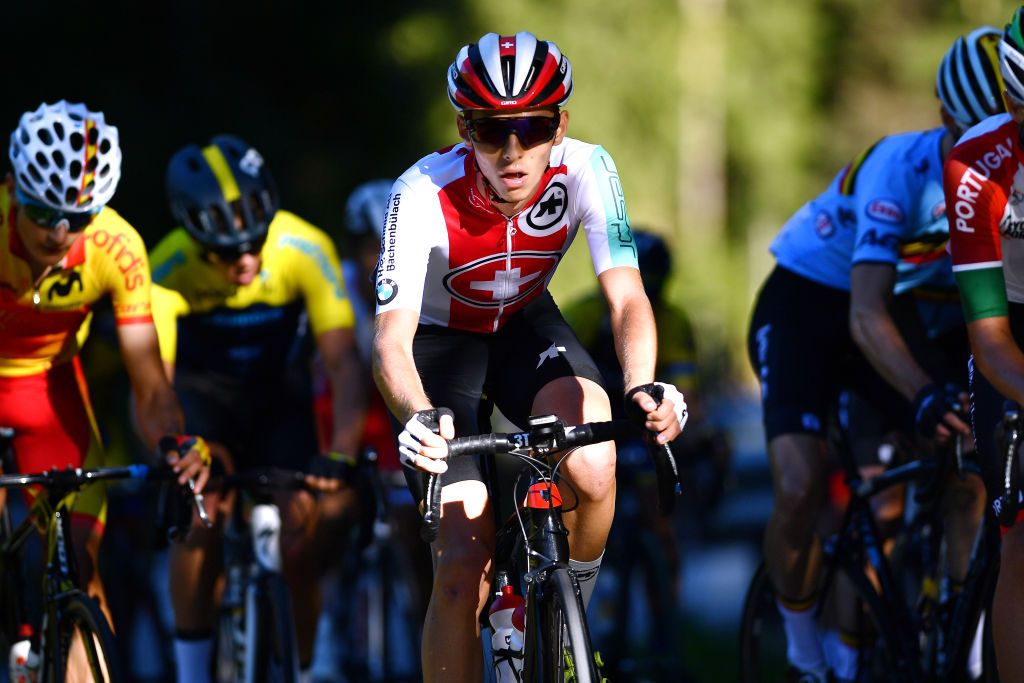 Team BikeExchange have signed former under-23 Swiss Time Trial champion Alexandre Balmer on a two-year contract through to the end of 2023, delivering a step up to WorldTour level for the 21-year-old with a mountain-biking background.

“I have always watched the Tour de Romandie, which passes in front of my house and how my national coach, Michael Albasini, used to win stages of the race regularly. Now I am starting to realise that I will have my place in the big bus that I was fascinated by when I was younger,” said Balmer, who works with former GreenEdge rider Albasini at the Swiss Cycling Federation.

“Team BikeExchange was also a part of the integration of a mountain biker [Nino Schurter] into road cycling years ago and I’m proud to be able to do the same, coming from a mountain biking background,” he added.

“Our first goal is to continue my development and as soon as possible, to reach the level of the best in the world on the road. I know that the team will be there to support me with road cycling and also on the project of the Olympic Games in the mountain bike discipline.”

Balmer joins Team BikeExchange after spending two seasons with the Equipe Continentale Groupama-FDJ. He secured the gold medal at junior cross-country MTB World Championships and the European MTB Championships in 2018.

“With Alexandre we believe that we have signed a very talented rider for the future,” Brent Copeland, general manager at Team BikeExchange, said in a statement.

“He is going to be the youngest rider in our men’s roster and the first year will be all about learning how we work at GreenEDGE cycling and what the WorldTour level is all about. Time is his advantage, and we’ll make sure that he has all he needs to improve race by race.”