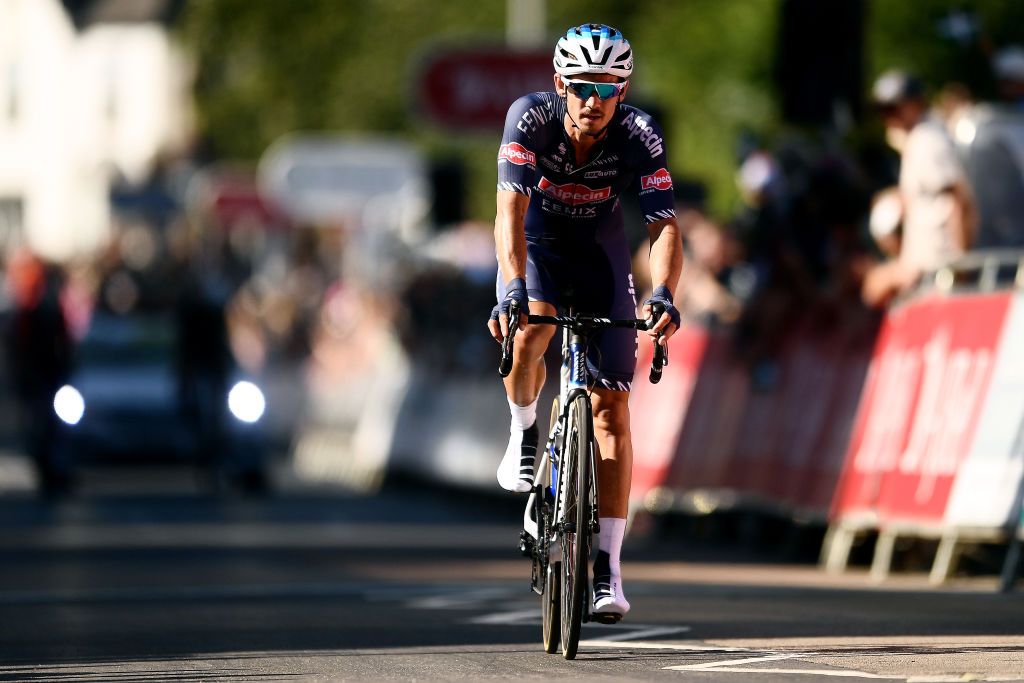 Alexander Richardson, a 31-year-old Briton who races professionally with Alpecin-Fenix, said he was brutally assaulted by a gang of thieves on motorbikes in London on Thursday. The men forcefully stole his bicycle after dragging him along the ground and threatening him with a knife.

Richardson described the assault on Instagram, writing he was riding home after training when, in a “Pretty shocking experience today in Richmond park,” he was followed by the thieves then assaulted.

“Was finishing my training around 3pm when two motor bikes with four men and balaclavas started following me. I knew exactly they wanted to take my bike and started to think what the best thing I could do was. I turned around at East Sheen roundabout and started riding full speed to the cafe about 500 metres away.

“They simply rode one of the motor bikes into me at 60kph. I came off the bike and the first motor bike lost control. I held onto my bike however the second motor bike then dragged me and the bike along the floor for another 100 metres.

“After this they pulled out a 15 inch machete at which point I thought better and let the bike go. I’m pretty cut up and bruised with a swollen hip but tomorrow is another day.”

According to a report in the Evening Standard, London has seen a surge in bicycle theft during the COVID-19 pandemic, with stolen bikes 32 per cent of all insurance claims. Stolen Ride, a group that aims to combat bicycle theft, posted numerous victim impact statements that describe riders being mugged for their bicycles.

Richardson said he hoped to raise awareness of the problem. “Please be careful in the area and note this is becoming a common occurrence in parts of London. The police have taken their notes down as armed robbery and hopefully the criminals are found. Please raise awareness. At least I got most of the ride in even if no file to show for it! Once again the wife to the rescue to pick me up.”