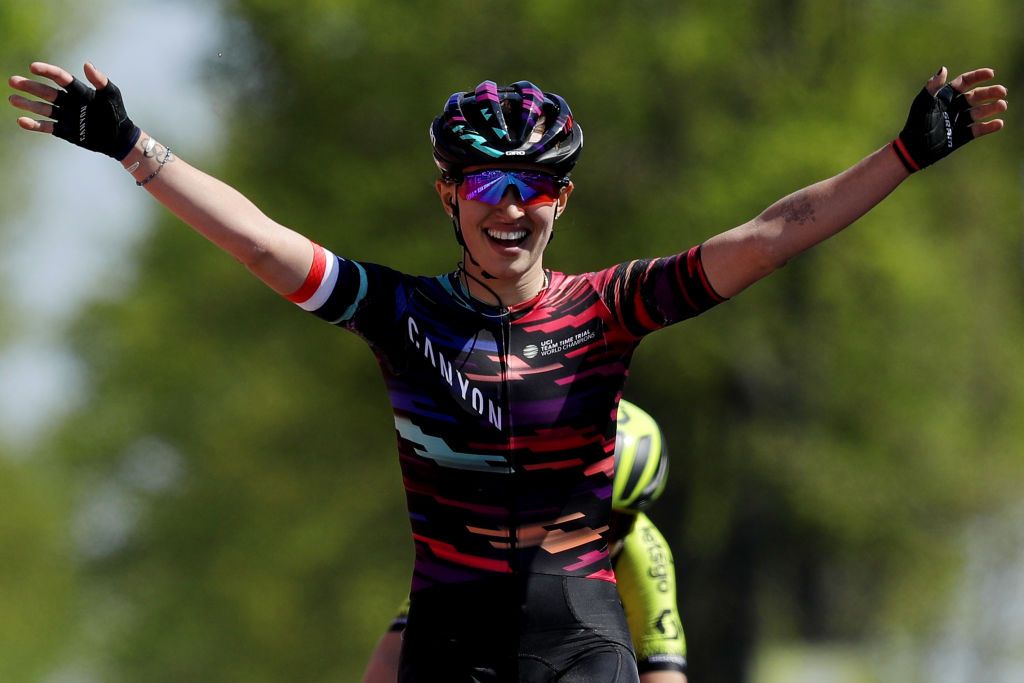 Amstel Gold Race Ladies Edition has returned on April 18 in the Netherlands after being cancelled last year due to COVID-19. The event will once again launch the Ardennes Classics, which also includes La Flèche Wallonne on April 21 and Liège-Bastogne-Liège on April 25, both in Belgium.

Although the three races have returned to the proper spring slot on the calendar, and in their proper order, the Amstel Gold Race Ladies Edition has seen a marked route change. This year’s 127km race will not start in Maastricht as it did in 2019, and instead begins in Valkenburg and follows a 17-kilometre circuit for seven laps to the  finish in Berg en Terblijt.

The women’s field will contest seven laps, and each of which includes three main climbs over the Geulhemmerberg, Bemelerberg and Cauberg, for a new route that is expected to make for a dramatic show of racing for fans watching the live broadcast at home.

Race organisers have yet to release the official start list but we’ve picked out a handful of riders on the provisional rosters who could have an impact on the outcome of the hilly 2021 Amstel Gold Race Ladies Edition.

Kasia Niewiadoma (Canyon-SRAM), and not just because she lines up as the defending champion after winning the 2019 edition of Amstel Gold Race Ladies Edition, but because she is such a punchy and aggressive rider, and perfect for a hilly circuit race. She’s had top 10s at Strade Bianche, Trofeo Alfredo Binda, a second at Dwars door Vlaanderen, and in all three races she showed her opportunistic riding style by creating and leading the front groups. She has the power to attack on the final Cauberg ascent, as she did in 2019, and hold off a chase from behind in the run-in to the finish line.

Demi Vollering (SD Worx) is one of the most exciting signings of the 2021 season. We could easily point to riders like Anna van der Breggen or Chantal van den Broek-Blaak as potential winners of Amstel Gold Race Ladies Edition, but Vollering is a dark horse and an up-and-coming talent that the team are nurturing to become a future champion. We saw her strengths at Strade Bianche and Tour of Flanders, and she narrowly missed the win on Wednesday at Brabantse Pijl Dames, losing in a photo finish. She has also stood on the podium at Flèche Wallonne and Liège-Bastogne-Liège. It’s only a matter of time before she secures a big victory.

Elizabeth Deignan (Trek-Segafredo) had her focus squarely on the cobbled Classics this spring but with sub-par performances and the cancellation of the first women’s Paris-Roubaix, she appears to be on her team’s provisional roster for the Ardennes Classics. She is a strong contender for the three hilly races, second at Amstel Gold Race Ladies Edition in 2017, twice second at Flèche Wallonne (2014, 2017) and winner of Liège-Bastogne-Liège last year. Watch for Deignan to make a spring comeback.

Amanda Spratt (Team BikeExchange) is back for what she calls one of her favourite one-day races of the season, which have traditionally been her target. She has been on the podium at Amstel Gold Race Ladies Edition (2018) and Liège-Bastogne-Liège (2018), but has never quite made that step up to victory. She has also started previous editions of the Ardennes Classics as part of a two-prong approach with former teammate Annemiek van Vleuten, but this year could see her shine as a sole leader. She is a bit of a dark horse this year, however, as her teammate Grace Brown has stepped up with strong performances, but watch for Spratt to find her form at the Ardennes Classics.

Emilia Fahlin (FDJ Nouvelle- Aquitaine Futuroscope) has peaked our curiosity this season with top 10s at Gent-Wevelgem and Trofeo Alfredo Binda. She has had one of her strongest seasons in years, after experiencing a series of injuries. While the team might have a strong card to play in Cecilie Uttrup Ludwig, watch for Fahlin to be a contender, too, along the punchy and short 17km circuit.

Check in with Cycling News for a full list of contenders for the 2021 Amstel Gold Race Ladies Edition soon.

The women’s race will not start in Maastricht this year due to COVID-19 but instead start at Valkenburg. Race organisers have altered the route to a 127km race that includes seven 17-kilometre circuits featuring the Geulhemmerberg, Bemelerberg and Cauberg climbs before the short 1.8km run-in to the finish in Berg en Terblijt.

Climbing the Geulhemmerberg, Bemelerberg and Cauberg in the second, third, fourth and fifth laps will count toward the mountain classification.

The circuit will be familiar to the women’s field as a rendition of it, with the same three climbs, was used as the finishing circuits in 2019. That edition saw Niewiadoma surge away from an elite group of 15 as the race hit the Cauberg for the final time. Van Vleuten was too late to respond, but crested the climb in second place, leaving a nail-biting 1.8km run-in to the finish line with Niewiadoma taking the victory.

The significant route modification to a hilly circuit race could result in a major change in how the race plays out compared to previous years when the race took the peloton on a longer opening route before hitting the local laps.

The race has traditionally come down to those last few circuits, leaving riders with the strength and stamina left to make the race count over the final climb of the Cauberg.

The more recent editions of the race have seen Van der Breggen solo to victory by nearly a minute ahead of a select chase group in 2017, while Van den Broek-Blaak won by a slim three seconds on a select group over the Cauberg in 2018. In one of the most exciting editions in 2019, Niewiadoma attacked over the Cauberg and took the win by a hair ahead of a chasing Van Vleuten.

This year, however, the race is open to the possibility of an early-race breakaway or perhaps the shear number of climbs will whittle down the field to only a select few.

The new route has the capacity to create a more dynamic race and we could see many teams, including the Continental teams like Marianne Vos’ Jumbo-Visma, Kristen Faulkner’s TIBCO-Silicon Valley Bank, and Elisa Balsamo’s Valcar Travel&Service, in contention to win the Amstel Gold Race Ladies Edition.

We can usually expect to see teams like SD Worx and Trek-Segafredo use multiple cards during the race, along with their strength in numbers to control the dynamics, but not always, as both teams have struggled to connect at times during the cobbled Classics.

Ultimately, no matter how the 127km race unfolds, it is likely to be, once again, decided over the Cauberg.