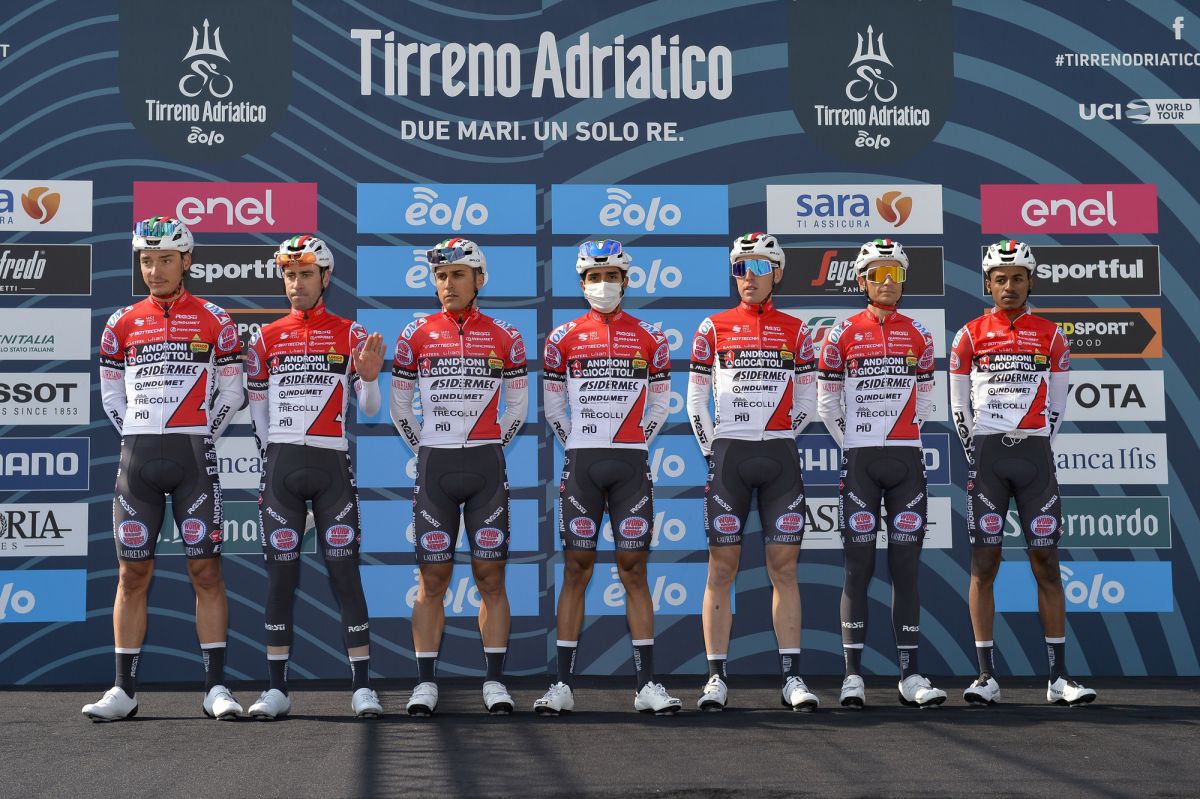 Three riders from the Androni Giocattoli team were left injured and shocked after they were hit by a car on the first day of their December training camp in Benidorm, Spain on Friday.

The Italian-based ProTeam, which will be known as Drone Hopper Androni Giocattoli in 2022, revealed that Colombian riders Brandon Rojas, Juan Diego Alba and the Spaniard Martì Vigo were involved in the incident.

The team said 19-year-old Rojas suffered a cut in the throat area and a blow to his right knee after he “literally bounced off the windshield of the car.”

The team said the incident was caused by a car that returned to the road as the riders arrived on a slight descent. The team described the collision as ‘violent and inevitable.’

Rojas was taken to hospital and an afternoon of examinations ruled out any fractures. However he needed three stitches in his neck wound but was not kept in hospital overnight. He will rest for a few days before resuming training with the team.

Alba and Vigo were fortunate to only suffer minor bruising.

A number of teams have again opted to hold December training camps on the west coast of central Spain due to the excellent winter weather and quiet roads.

Deceuninck-QuickStep are in nearby Calpe and Rémi Cavagna suffered a fractured L1 vertebrae in his lower back after a crash. The Frenchman hit the deck along with teammate Mauri Vansevenant, with the young Belgian suffering a broken thumb.

Cavagna was taken to hospital in Valencia, where he will undergo surgery on Monday, while Vansevenant has flown back to Belgium to undergo “further conservative treatment”, the team said on Friday.

Examinations carried out on Cavagna showed no signs of neurological damage.