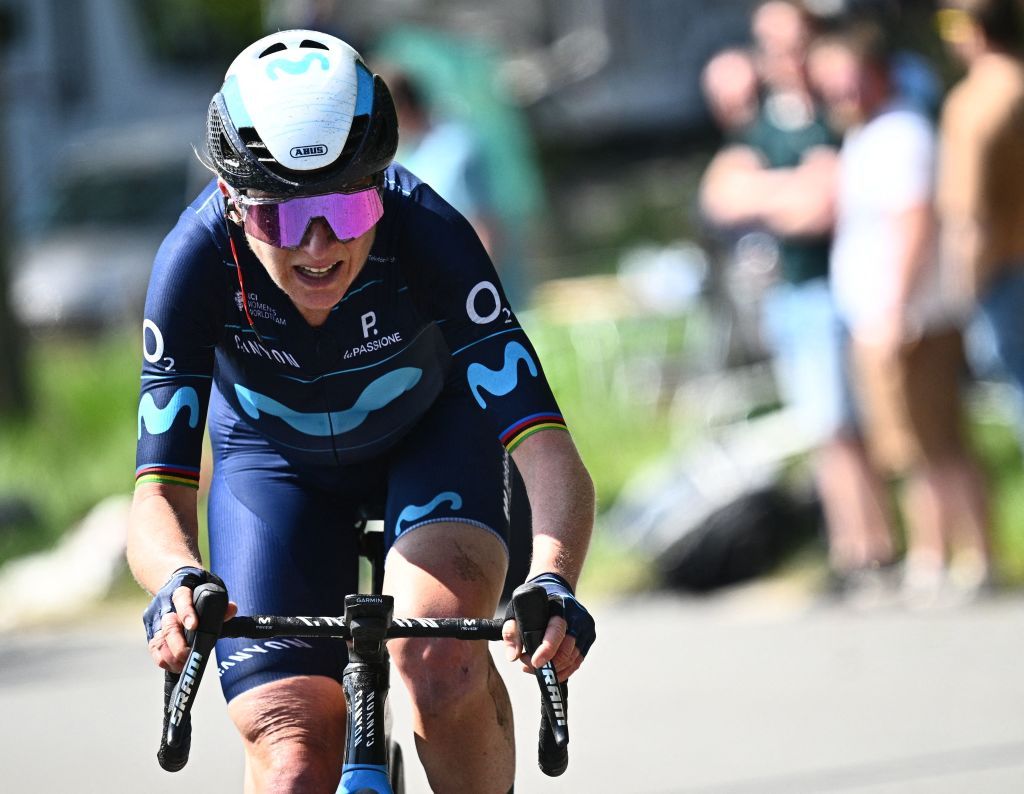 Less than a week after taking a decisive win at Liège–Bastogne–Liège, Annemiek van Vleuten sustained a broken right wrist following a training crash on Thursday.

In a message from the Movistar Team shared on Friday morning, it was revealed that the rider had undergone surgery on Thursday evening, following the wrist fracture.

“The Movistar Team regrets to inform that her leader Annemiek van Vleuten sustained a broken right wrist after a training crash on Thursday,” the release said. “The Dutchwoman successfully underwent surgery last night at the Rijnstate Hospital in Arnhem.”

After a frustrating string of second place finishes at Strade Bianche, La Flèche Wallonne and the Tour of Flanders, Van Vleuten finally took her biggest win of the season at Liège–Bastogne–Liège.

However, she now looks likely to miss the major Spanish races that dominate the next month in the women’s calendar – such as Itzulia Women and Vuelta a Burgos Feminas.

The team remains fixed on the major goals of the season, despite the uncertainty of Van Vleuten’s injury.

“While no timeline has been set on Van Vleuten’s recovery, the doctors’ assessment on her fractures after surgery confirms a full recovery is to be expected,” the release said. “Annemiek’s approach to the Grand Tours in July (Giro d’Italia Donne + Tour de France Femmes) will not be compromised by the injury, either.”

SOURCE: CyclingNews   (go to source)
AUTHOR: Peter Stuart
All copyrights for this article, including images, are reserved to the original source and/or creator(s).