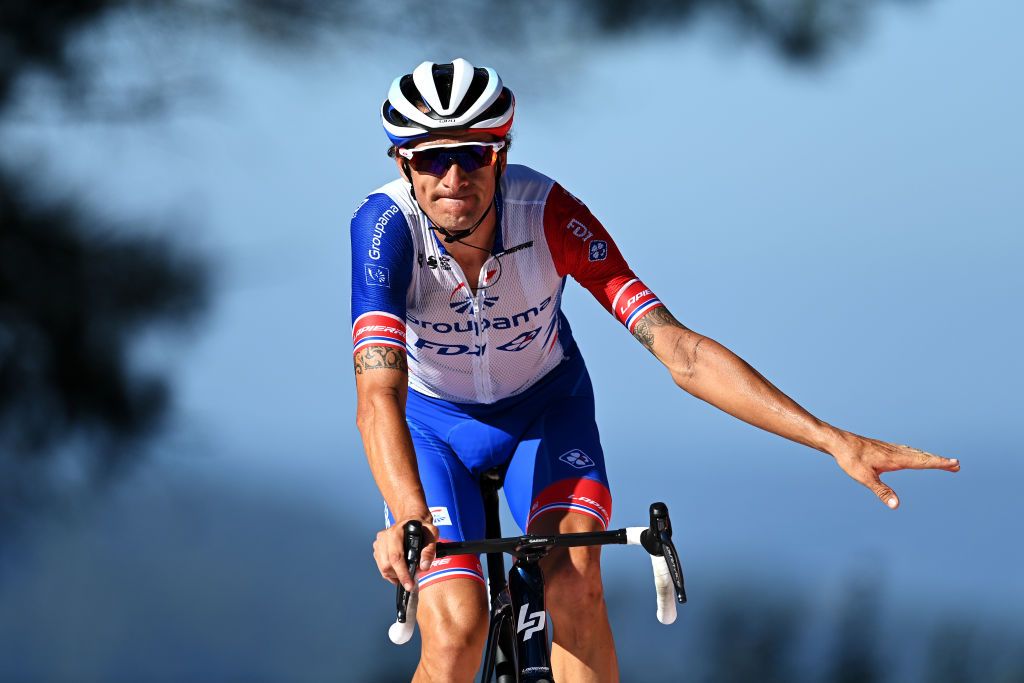 Groupama-FDJ rider Anthony Roux got sick of seeing rubbish on the side of the road on his training rides, but decided that instead of continuing to get annoyed as he saw the same discarded beer bottle day after day he should do something. First he picked up that bottle and started stuffing other litter in his back pockets, then he at times took a bag so he could pick up more and, as he continued to ‘aim a little higher’, he launched a campaign to encourage others to do the same in their local area.

The French rider has turned his stagnant Twitter account into mon parcours propre by Anthony Roux, or my clean route, making a video and working with officials in his area, Bormes-les-Mimosas, in the hope that if people saw him getting his hands dirty they may act too.

“Our lives became so easy nowadays that picking up a paper got complicated,” said Roux in an interview by Groupama FDJ. “We also say to ourselves: ‘People shouldn’t throw it away, it’s not for me to pick it up’. Or ‘someone else is going to do it.’ Even though we know very well that it will never be picked up, depending on where it is located. It’s easy to say : ‘he’s stupid for throwing it away.’ Yeah, but you’re kind of stupid to not to pick it up. Just because someone made a mistake doesn’t mean you can’t fix it.”

Roux said it had bothered him for some time that the roadsides in the area he was training were strewn with trash but last winter, when he kept seeing that one discarded bottle of beer day after day, he decided it was time he began picking it and other rubbish up.

“For a long time, like most people, I would complain but would not take action. Many agree to say it is horrible, unacceptable. I was saying that too. Yet, I would not stop in order to pick up a piece of paper and put it in the trash.”

In the past year, however, Roux estimates he’s been out on the route with his bag about 20 times, using recovery day rides when he’s home – and not away racing – as an opportunity to collect litter. While he admits, riding with a bag full of litter for a couple of hours isn’t necessarily pleasant, and may not be something you do every week, ‘it is a nice gesture that will automatically give you something in return’.

“As for me, I just wanted to use sport, physical activity, to make a contribution,” said Roux. “The goal is very simple. It’s about creating your own route, either by bike or on foot, and making it as clean as possible. I just tell myself that if everybody had their clean route, everything would be clean. I created mine, which is the one I do on recovery days. It bothered me to see it dirty, so I challenged myself to ‘clean’ it.”

As for new littering rules in professional cycling, Roux applauded the move but said there may still be some work required to make it clearer where the zones are.

“I think the peloton is playing along, and we’re actually closely watched,” said Roux. “I even took two fines on the Vuelta, although I am very careful. I wasn’t sure where the area was. It also changes from race to race.“

Roux added that while getting the fines was a blow, “on the other hand, I was happy because it also shows that the matter is taken seriously. We are on the right path.”