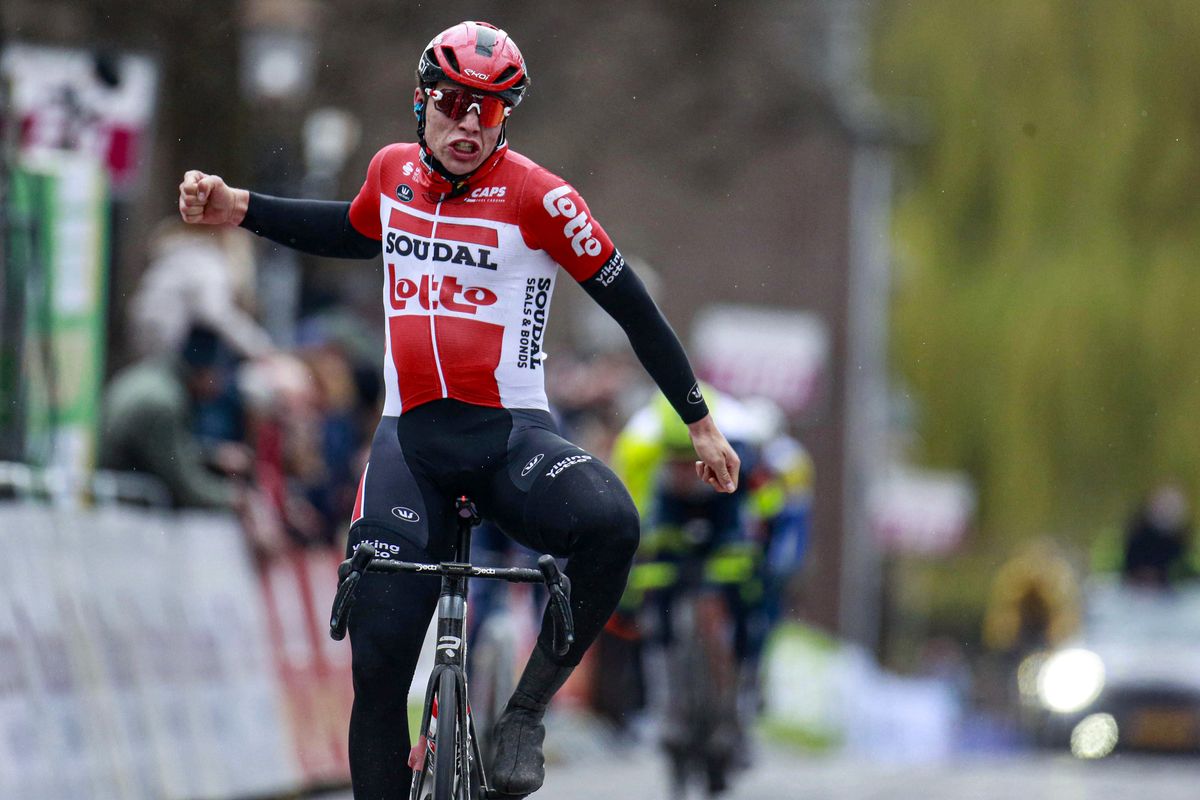 The Lotto Soudal rider timed his effort perfectly, sitting back as Nizzolo opened up the sprint then launching to victory. Cavendish, caught behind a split in the final series of turns, had to make up ground but was too late and had to settle for third.