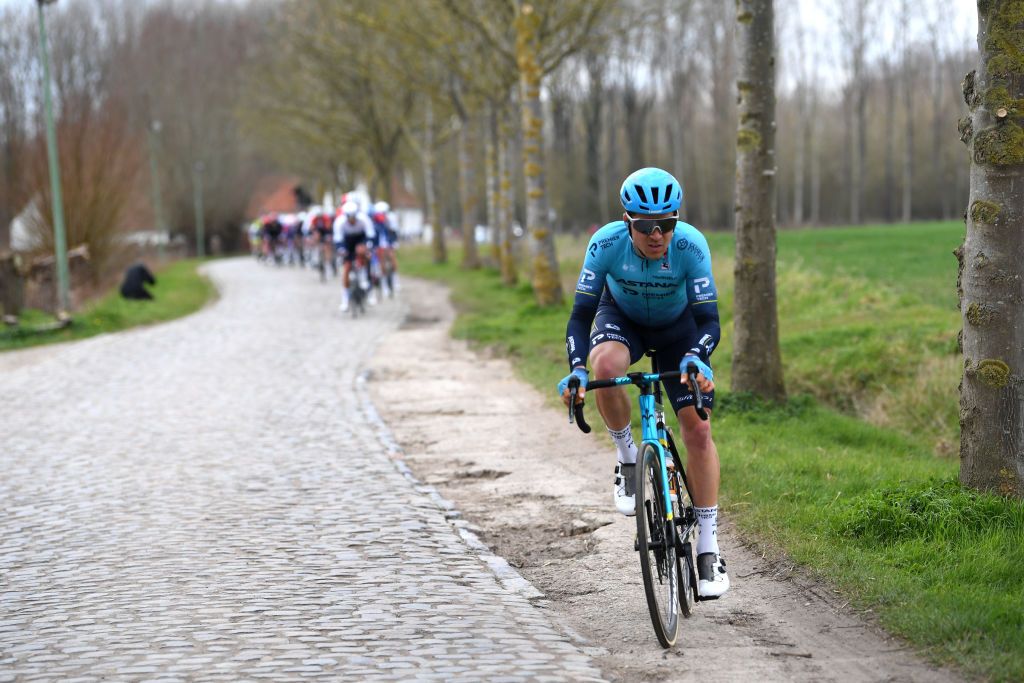 Astana-Premier Tech said goodbye to 15 riders in a social media post on Thursday, with only one of the departing riders yet to announce a 2022 team, Canadian Benjamin Perry.

Perry, 27, left Israel Start-Up Nation after four seasons to join Astana in 2021, which had bought in Canadian company Premier Tech as a co-title sponsor and co-owner. The partnership ends at the completion of this year after falling apart mid-season, with the company conducting talks with Perry’s former team after having embarked on unsuccessful negotiations with BikeExchange in October.

Perry delivered his one career win, a stage victory at the Tour de Korea, in 2019 and has spent his years as a professional cyclist largely competing in one-day races and shorter stage-races. He is yet to compete in a Grand Tour but stepped up to race two Classics this season, the Tour of Flanders and a brutally muddy Paris Roubaix.

The uncertainty and return of Alexander Vinokourov as team manager has led to a major shuffle in the roster at Astana, with half the team leaving and a raft of new riders coming on board, including Vincenzo Nibali – returning to the outfit after two years at Trek-Segafredo and three at Bahrain-Merida – and Miguel Angel Lopez who comes back after a contentious year with Movistar.

Also joining is Gianni Moscon and Leonardo Basso from Ineos, and a trio of riders from UAE Team Emirates – Joe Dombrowski, David de la Cruz and Valerio Conti –among others.

Leaving the team is Astana’s main Grand Tour contender Aleksandr Vlasov, who moves to Bora-Hansgrohe, and Jakob Fuglsang who is going to Israel Start-Up Nation along with Hugo Houle.

Alex Aranburu, Gorka Izagirre and Óscar Rodríguez are heading to Movistar, Omar Fraile to Ineos, Ion Izagirre to Cofidis, Merhawi Kudus to EF Education-Nippo, Luis León Sánchez to Bahrain Victorious and Matteo Sobrero to BikeExchange. Jonas Gregaard Wilsly moves to the Pro Continental level with Uno-X and Rodrigo Contreras will remain in Colombia to race with the EPM-Scott elite team. Nikita Stalnov has decided to retire.