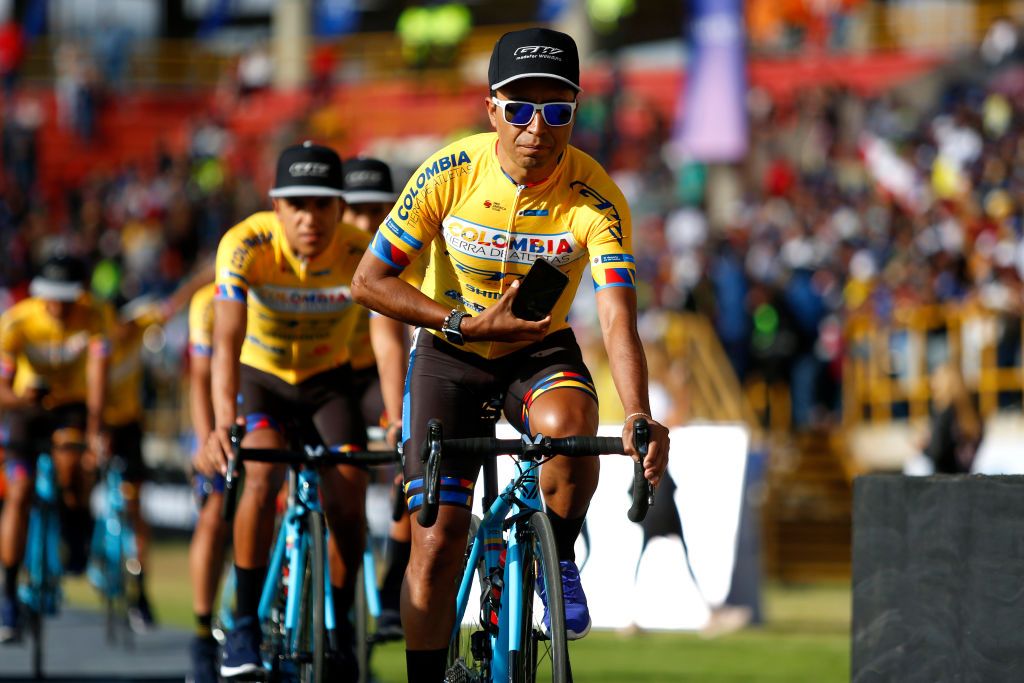 Darwin Atapuma claimed his first UCI race victory since 2016, taking home stage 8 of the 2021 Vuelta a Colombia on Saturday. The highly talented climber who raced at the WorldTour level for five years – three seasons with BMC and two at UAE Team Emirates – rode away from his breakaway companions on the long grind to the summit of the Alto del Vino.

In a thrilling finale, Atapuma, now racing for the Continental squad Colombia Tierra de Atletas, held off a chase from Angel Gil (Orgullo Paisa) and José Hernandez (Team Medellin), both of whom were vying to take over the race lead.

Hernandez did just enough to take the general classification lead ahead of Gil by one second, taking over from overnight leader Juan Pablo Suarez (EPM-Scott). Atapuma now lies in eighth place overall over six minutes behind.

Once considered a Grand Tour contender, Atapuma won stages in the Giro del Trentino, Tour de Pologne and Tour de Suisse and finished ninth in the Giro d’Italia in 2016. In the same year, he led the Vuelta a España for four stages but fell shy of winning a stage on two occasions – on stage 4 to the Mirador Vixía de Herbeira where Lilian Calmejane rode away and on stage 20 to Alto de Aitana where Pierre Latour took the win. In 2017, he switched from BMC Racing to UAE Team Emirates and came second to Warren Barguil on the Tour de France stage on the Izoard.

He moved to Cofidis in 2019 but for 2020, he signed with the Hungarian EPowers project along with Davide Rebellin but the team – which was supposed to be part of a much larger project worth €500 million to promote cycling in Hungary that was to be launched in 2020 and coincide with the Giro d’Italia Grand Depart.

The team evaporated in November 2019 as the funds never materialised and riders were left scrambling for teams at the last minute. Then, after the COVID-19 pandemic forced a major reshuffling of the 2020 road calendar, the Giro d’Italia cancelled the Grand Depart stages around Budapest and replaced them with stages in Sicily.

While Rebellin ended up signing for Meridiana Kamen for the pandemic-hit 2020 season, Atapuma signed with Colombia Tierra de Atletas and raced in Italy in the postponed late-season one-day races and the Settimana Internazionale Coppi e Bartali stage race.