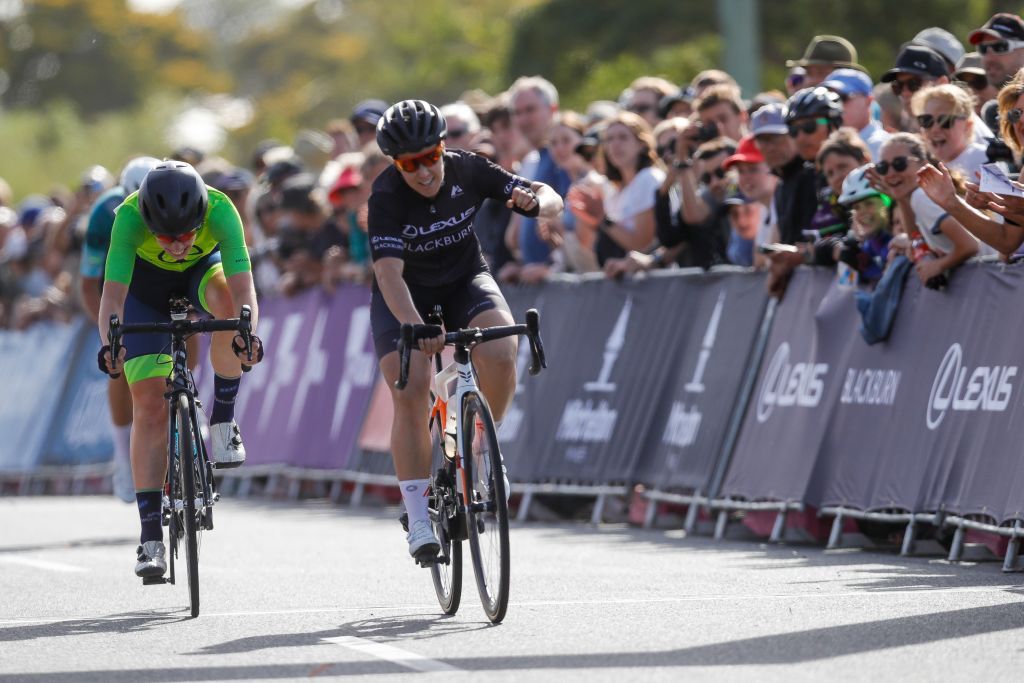 The traditional curtain raiser event of the Australian summer of racing, the Lexus of Blackburn Bay Crits, is returning in 2022 delivering two days of competition in Geelong that will give some of the nation’s top riders a chance to pin on a number ahead of the battle for an Australian title the following week.

The long running event – which in 2020 delivered three days of criteriums stretching across two different Geelong locations and finishing in Williamstown – will this year be cut down to two days, returning to the normal format in 2023. Both days of the 2022 event will be at the course around Geelong’s Eastern Gardens, running clockwise on Saturday 8 January and in the reverse direction on Sunday 9 January. The shift in direction is expected to change the race dynamic.

“It will be a great race and both courses offer different challenges, that hill is a ripper – it’s just wonderful to be able to get the event back in front of the people after the crazy and challenging two years we have all had to endure with COVID,” Race Director John Trevorrow said at the launch across from the Geelong foreshore.

Australia’s summer of racing is usually a period where a large proportion of the nation’s European-based riders come home for early season racing in the warmth of the southern hemisphere, with the Bay Crits usually kicking off a block of racing which runs through to the Australian Road National Championships, moves onto the Santos Tour Down Under then to Geelong’s Cadel Evans Great Ocean Road Race and finally to the Herald Sun Tour. It’s a mix of racing that usually draws both WorldTour and Women’s WorldTour teams for the key top-tier events and then extends to provide an opportunity for domestic riders to race alongside some of the world’s best on home shores.

This year, however, the international events and Herald Sun Tour have been cancelled for a second time – though the South Australian race has been replaced by a domestic Santos Festival of Cycling – as back when decisions were being made about whether or not to go ahead border closures were still in place. Still in September Trevorrow, with the support of his sponsors and supporters, determinedly started building toward the Bay Crits despite all the uncertainty.

“The Bay Crits is my baby and I just wanted to get it back,” said Trevorrow with a chuckle as he stood on the sidelines of the launch event in Geelong. “You have to try … We were just going full steam ahead and the roadblocks that popped up were just challenges is how I saw it.”

Since September the international border has opened, quarantine restrictions have eased and some European WorldTour and Women’s WorldTour riders have started heading back, leaving the race director optimistic there’ll still be a few on the start line, despite the international event cancellations. That starts with Grace Brown and Luke Plapp, who will be headlining.

Brown, who hasn’t raced since the Olympics after earlier sustaining a shoulder injury that ultimately required surgery, is glad to have a chance to make her race debut with the Lexus of Blackburn squad before donning the jersey of her new team, FDJ Nouvelle-Aquitaine Futuroscope, at the Road National Championships running from January 12 to 16.

“This is my first experience here and I’m excited to be here and be back in January. It’s a really important event to see where the form is at coming into the Nationals and this is an iconic race on the calendar and it’s great to have it back,” Brown said at the launch.

Plapp, who won bronze in the Team Pursuit at the Tokyo Olympic Games, knows first hand just how important the Australian block of racing can be as a career stepping stone and after a break will be winding back into gear at the Australian races before heading off to join his new teammates at Ineos Grenadiers.

“I grew up watching these races so I love to be a part of it,” Plapp said.

“I’m riding with the defending champions the Lexus of Blackburn team, Sam Welsford won a few years ago and it was awesome to have the track team here and we are are coming back again and we have great history here. It was terrific to kick off the year, and we are going to have a great squad again.”