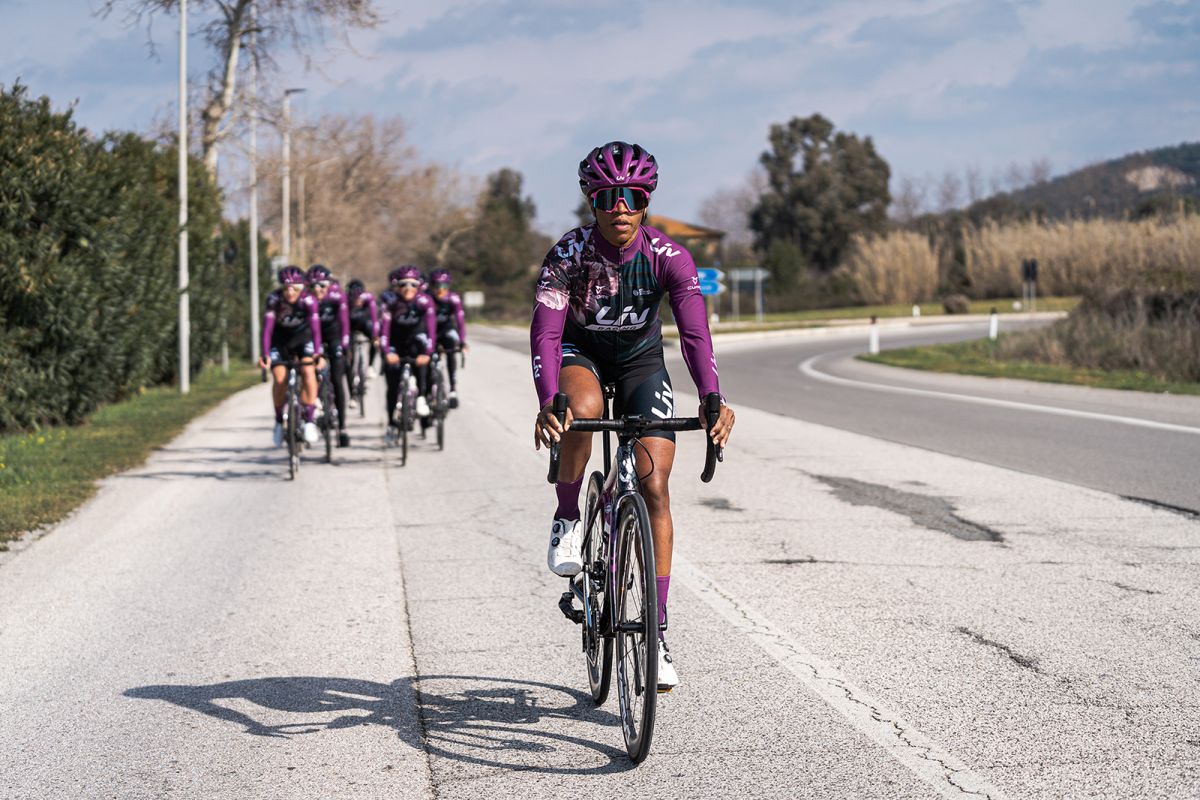 Ayesha McGowan will make her debut with the Women’s WorldTour team Liv Racing at the UCI 2.1 Tour Cycliste Féminin International de l’Ardèche held from September 8-14 in France. McGowan, a long time member of the Liv Racing brand while competing on the national calendar circuit in the US, officially stepped up to the top-tier squad as a trainee beginning on August 1.

“I have waited so long for this opportunity, so it is very special for me. The hard work is now paying off. There will be some tears of joy,” said McGowan in a statement from Liv Racing.

Tour de l’Ardeche is a popular late-season stage race that includes punchy stages along with longer climbs, and many top level riders and teams use it as preparation for targets such as the upcoming UCI Road World Championships held at the end of September.

“I’ve been really switching my mindset from being afraid of long climbs to being excited about them. I’m really looking forward to seeing how that newfound confidence plays out on the courses at Ardèche. Hopefully fitness and courage will reinforce each other,” McGowan said.

McGowan has spent time overseas with the Liv Racing programme over the summer months and training at the team’s training and coaching facilities.

“I’m looking forward to supporting the team, surprising myself, and if I’m so lucky, being able to appreciate the beautiful atmosphere in the Ardèche. Everything else is a bonus. Anyone who knows me knows that I am never afraid to dream big. I will always go for it.”

McGowan was named to Cycling News‘ The Power List: The 50 most influential people in cycling in 2020. She has been advocating for better representation in the bike industry for years, using her voice to support and speak up for increased diversity inside the sport’s brands, organisations, events, teams and media. She is well-known for her work in building and maintaining A Quick Brown Fox  website that includes her blog along with The Quick Brown Foxes Podcast.