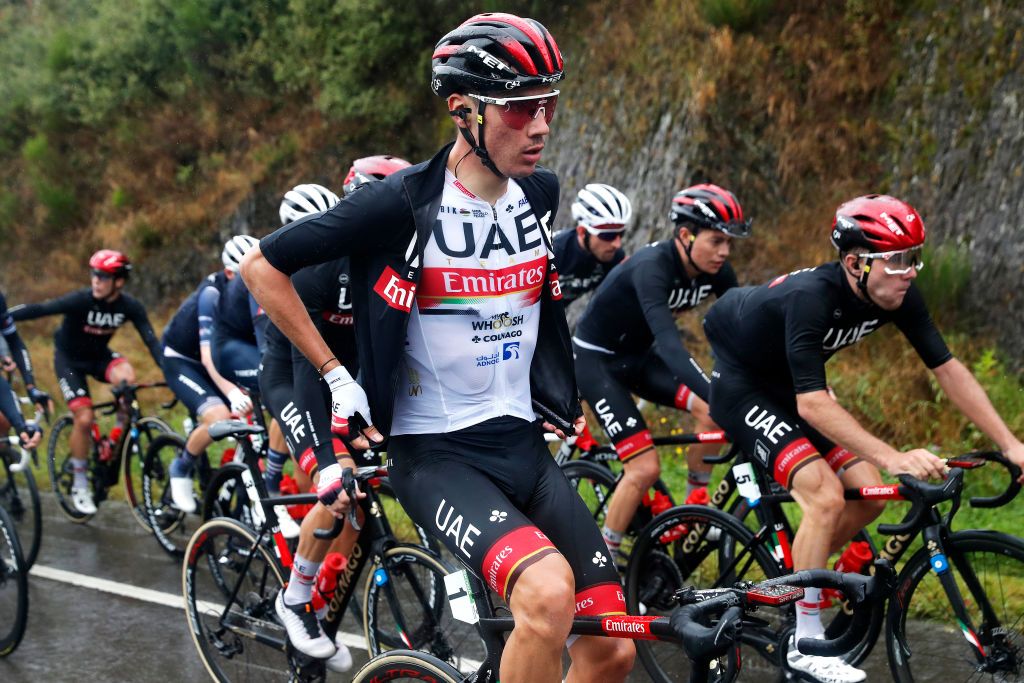 UAE Team Emirates’ 2021 season may have been dominated by Tadej Pogačar’s big wins ­– from Tirreno-Adriatico and Liège-Bastogne-Liège to the Tour de France and Il Lombardia – but the team still has an eye on the future and have signed some of the best riders of the next generation.

At 23 years of age, Pogačar is still a youngster himself, but around the WorldTour the competition to find the new version of Eddy Merckx, Tom Boonen, or Alberto Contador intensifies every year.

In Spaniard Juan Ayuso, the team might have already found the next great thing.

The 19-year-old turned professional midway through last season off the back of a dominating victory at the U23 Giro d’Italia. Right away he showed his class in the pro ranks with a 17th place at the Giro dell’Appennino and second behind veteran Luis León Sánchez at the Ordiziako Klasika, also taking bronze at the U23 European Championships.

Touted as the next big thing in Spanish cycling, Ayuso is set to kick off his first full pro season next month at the Volta a la Comunitat Valenciana. He believes UAE Team Emirates is the right team to match his ambitions.

“The team asks me to win, and I ask myself the same, but that is precisely my motivation,” he told ES Ciclismo. “Besides, I’m in an ambitious team, that’s what I like.

“I’m the first to make demands on myself, so it’s not something that worries me. I know that this is a sport and there are other things in life and I also know how to deal with failure.”

Ayuso, who is the youngest rider in the squad this year, certainly has plenty of riders to look up to for inspiration and help as he progresses as a rider. GC men George Bennett and João Almeida have joined for 2022, while the likes of Marc Soler, Davide Formolo, and Rafał Majka are well-experienced, too.

He called Pogačar “a reference”, though – no surprise given his stunning results over the past several years – and said that he hopes to one day match his level.

“Training with Pogačar is a great experience. He is the best in the world and I am lucky to ride with him. He is a reference, I want to follow in his footsteps, I have to take advantage of it, learning from him is a luxury,” Ayuso said.

“He is at another level, but he sees himself reflected and that is why we get along well, I am very grateful.”

Ayuso – who will tackle the Vuelta a Andalucía later in February before heading to the Faun-Ardèche and Drome Classics in France before his first WorldTour stage race in Catalunya – hailed the strength of his new team, adding that the star riders throughout the roster take some pressure off him for those who expect him to score major results in his first pro season.

“The team has been reinforced, there is a great block, and that is important because if I fail others will achieve results, that takes pressure off. I demand myself because I want results, but it is fortunate to belong to a very good team. That helps.”