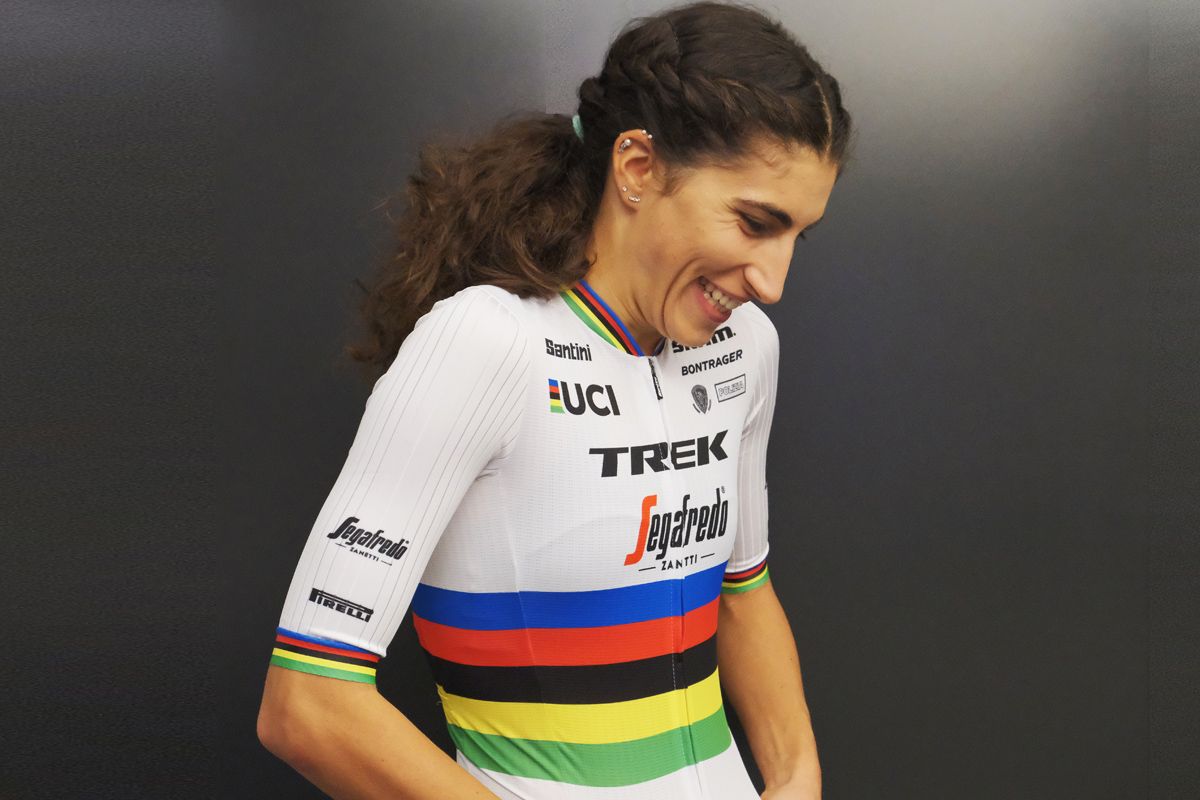 World Champion Elisa Balsamo (Trek-Segafredo) has placed a target on the Spring Classics, the Giro d’Italia Donne, and the Tour de France Femmes in July. The powerful Italian sprinter said she dreams of winning stages at the Giro and Tour, and that she is committed to helping teammate and compatriot Elisa Longo Borghini win the yellow jersey in France.

“I’m very positive about my 2022 season and I know that it might be harder with this [rainbow] jersey but it feels wonderful for me to wear it and I feel very happy,” Balsamo said.

“My big goal is in the first part of the season at the Spring Classics, and the Giro d’Italia and Tour de France, will be an important part of my season, and I will work hard for a stage win.”

Balsamo has spent all of her career racing with Valcar Travel & Service since 2017 but has amassed wins at some of the biggest races in the world including stages of the Tour of California, Women’s Tour, Ceratizit Challenge by La Vuelta, and numerous one-day races. She capped off last season with the biggest win of all at the World Championships in Flanders.

The 23-year-old is now looking to continue that success on the Women’s WorldTour having inked a three-year deal with Trek-Segafredo through 2024. She attended the route presentation for the Tour de France Femmes that will be held 24-31 and noted areas that suit her strengths.

The eight-day race is set to start at Eiffel Tower and end atop La Planche des Belles Filles, with many of the flat and puncheur stages in the first half of the event.

The last women’s Tour de France run by the same organization as the men’s event was held from 1984-89 where Italian Maria Canins won two editions and placed second in three editions. Balsamo believes that her teammate and compatriot Elisa Longo Borghini can win the overall title in 2022.

Balsamo also stressed the importance of the Giro d’Italia Donne, which is held two weeks before the Tour de France Femmes, from July 1-10. She would like to win stages in both events.

“It’s very difficult to choose. I hope for one [win] in the Giro and one in the Tour – that would be a dream.”