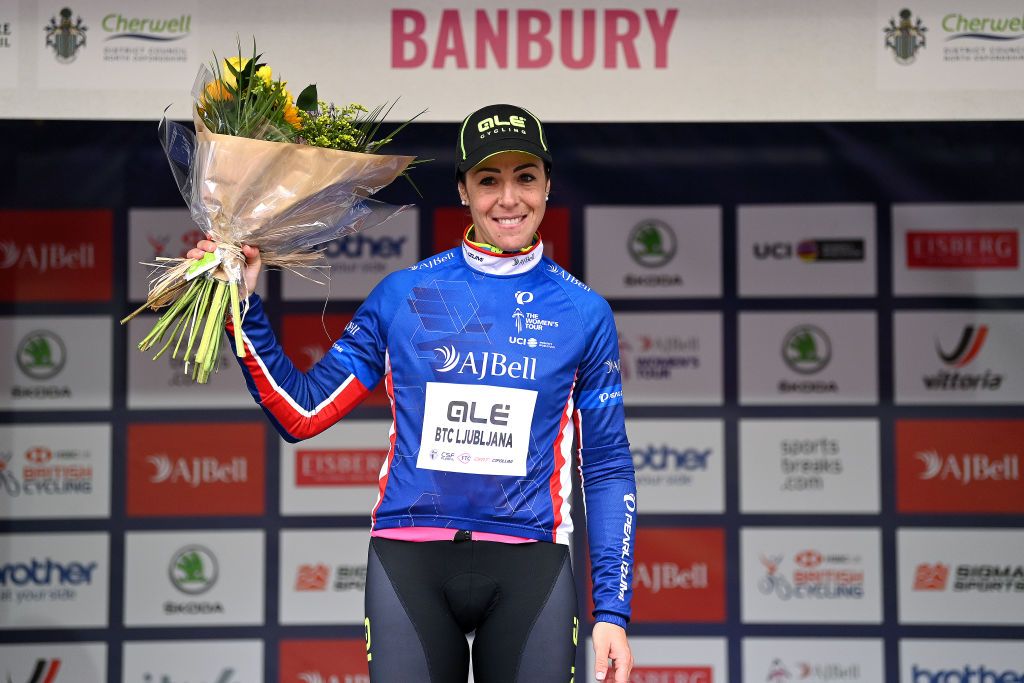 Marta Bastianelli (Alé BTC Ljubljana) is in excellent form this autumn and it was on full display as she sprinted to victory and took the first leader’s jersey in the opening stage at The Women’s Tour. It was her first victory on British soil but despite her recent success, Bastianelli will not go for the general classification in the six-day race.

“It would be very difficult for me to win this Women’s Tour because of the TT, I am not the best time triallist. But that’s no problem, we will go day by day. We will try to win another stage, either in a sprint like today or from a breakaway with one of my teammates,” Bastianelli told Cycling News.

The 34-year-old Italian has had a run of good results. She placed ninth overall in the Simac Ladies Tour, soloed to a stage win in the Tour de l’Ardèche, and was part of the Italian team that led out Elisa Longo Balsamo (Valcar-Travel & Service) to win the sprint for the rainbow jersey at the World Championships.

On Saturday, Bastianelli won the sprint of her group to finish fifth in the inaugural Paris-Roubaix Femmes, and on Monday she sprinted to victory on stage 1 of The Women’s Tour.

The Alè BTC Ljubljana team had planned to support Marlen Reusser at The Women’s Tour. Racing against the clock, the Swiss champion won a silver medal in the time trial at the Tokyo Olympic Games and repeated this result at the World Championships in Flanders two weeks ago, losing to Ellen van Dijk (Trek-Segafredo) by only 10 seconds.

But Paris-Roubaix Femmes scuppered Reusser’s plans of targeting overall victory in Britain as she crashed hard even before the first pavé sector and had to abandon the race. Because of her injuries, she had to cancel her Women’s Tour participation.

With Reusser out of the picture, the Italian-Slovenian team was down to only four riders: Eugenia Bujak from Slovenia, Dutchwoman Maaike Boogaard, and Briton Sophie Wright united behind Bastianelli. The trio put Bastianelli in an ideal position in the final, as the Italian escaped a big crash in a roundabout 1,200 metres from the finish unharmed and then launched her sprint on the finishing straight.

“After the breakaway was caught at three kilometres to go, there was the big crash. Luckily, I did not crash, but I am sorry for the other girls who did. I started the sprint from third position like my sports director told me, that was perfect. The sprint was not easy because it was a little bit uphill, not really for the pure sprinters. It was a good day for me, I am very happy with the victory,” said Bastianelli.

She also thanked the public which had come out in force to support the race.

“There were so many people, so many children, that is good for me because I think of my daughter. The people are very nice, and I am happy to be here,” Bastianelli finished, wearing the blue leader’s jersey.