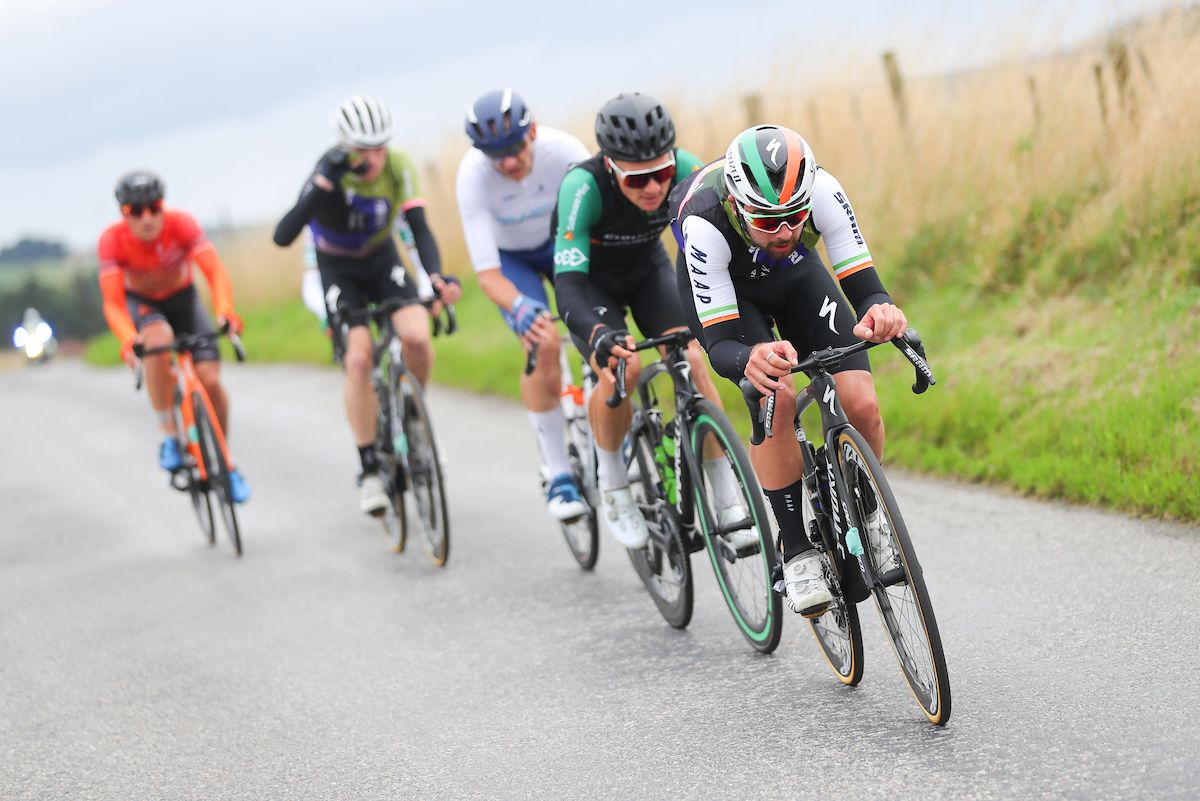 Irish rider Ben Healy will head straight from the U23 ranks to the WorldTour in 2022, having signed a two-year contract with EF Education-Nippo, the team announced Tuesday.

“Stepping up to this new level will be a new challenge and a new way to race,” Healy said in the team’s press release. “I just want to learn everything and try to pick up as much as I can from these big names that I’ll be teammates with. I’m very excited for it.”

Healy overcame two seasons of racing that were limited by the COVID-19 pandemic, making the most of 2020 by taking both the Irish U23 time trial title and the elite road race championship, where he soloed away to win ahead of Nicolas Roche, and a stage of the Ronde de l’Isard, while this season, Healy won a stage of the Baby Giro.

His results caught the attention of team CEO Jonathan Vaughters, who said, “His skill set is he knows how to get in breaks that make it to the line and he knows how to win out of those breaks once he’s in them. There aren’t that many guys that have that skill set. That’s the skill that Ben’s shown over and over again in the U23 races.

“I do see him in the light of a guy who can win races. That doesn’t mean there aren’t going to be periods where he has to work for other people. He has a good nose for how to win a race. That’s why we’re hiring him.”

Healy said he trusts the team to steer his transition to the pro ranks. “When I started to talk with the team, it was clear the team had a plan for me,” Healy said. “That meant so much to me. It wasn’t just, ‘Yeah, he’s got a few decent results, might as well just sign him.’ There was thought behind where I’d fit into the team.”

One of the few successful Britons to not come through the national development programme, instead, he raced in 2019 with Wiggle and then with Trinity Racing.

In 2019, Healy became the youngest rider to win a stage at the Tour de l’Avenir – a race his Continental team didn’t compete in – almost a month before his 19th birthday.

“I managed to scrape my way onto the UCI Mondiale team and I was going there for experience. I managed to pull off a stage win. That feeling of ‘I’m really here to be competitive’ was such a nice feeling and having the title of being the youngest person ever to win a stage was pretty cool as well,” he said.

The Movistar Team announced Oier Lazkano as their fourth signing for 2022 on Tuesday. The 21-year-old raced the last three seasons with Caja Rural-Seguros RGA, with whom he won a stage of the Volta a Portugal in 2020.

He follows other newcomers Óscar Rodríguez, Max Kanter and Alex Aranburu to the team on a three-year contract.

The Basque rider caught the attention of the team through his attacking style. “It’s certainly what you could call a ‘home team’ – it always makes you incredible excited to defend such significant colours,” Lazkano said. “I think that we should wait and see how far I can reach, only time will tell. However, I’m sure that I will continue growing as a rider in the upcoming years, and my goal is to be a big asset for the team and learn as much as possible from them.

“Everything I know from the riders and team staff make me feel they’re good people to learn from. I feel like working hard and doing things right will make this new task really easy and I can be a good rider in the future.”

UAE Team Emirates have signed Frenchman Alexys Brunel on a two-year contract, the team announced. The 22-year-old moves across after two seasons with Groupama-FDJ.

The multi-time national champion and 2016 Junior European champion in the time trial took his first win as a professional on the opening stage of the Etoile de Bessèges in 2020 and also won the young riders classification there.

“I am really happy to join UAE Team Emirates, it’s one of the top teams in cycling and a really exciting project. It’s a great opportunity for me, it will be a turning point in my career to join a team like this and I intend to give the best of myself,” Brunel said.

Team manager Joxean Fernandez Matxin sees potential in Brunel. “Alexys trajectory as a rider has been very promising up to now, and we hope he can continue to progress further with us over the coming years, both as a rider and as a person.

“We believe he can fill a very important team role, especially when it comes to the classic-style racing and of course in the time trial which is where he has shown he can do great things. He is a rider who will be pivotal to the success of our leaders but will also get his space to show what he can do.”

New retiree Marcel Sieberg has been brought onto Team DSM as part of the coaching staff along with fellow former pros Huub Duijn, Pim Ligthart, and Boris Zimine, the team announced.

Sieberg hung up his bike after Paris-Roubaix, ending a 17-year career with teams from Milram, High Road/HTC, Lotto Soudal and most recently Bahrain Victorious.

Head coach Rudi Kemna said, “We are really looking forward to bringing in some new faces and fresh ideas for the 2022 season; Huub, Pim, Marcel and Boris all bring great energy to our coaching group and we believe we can build something really strong with their addition.”

The new recruits come as Marc Reef leaves the team. “We would like to thank Marc for all of his hard work and dedication throughout the ten and a half years that he has spent with the team, helping us to countless successes and memorable moments. Marc remains a great friend of the team and we wish him the best of luck in his new challenge.”