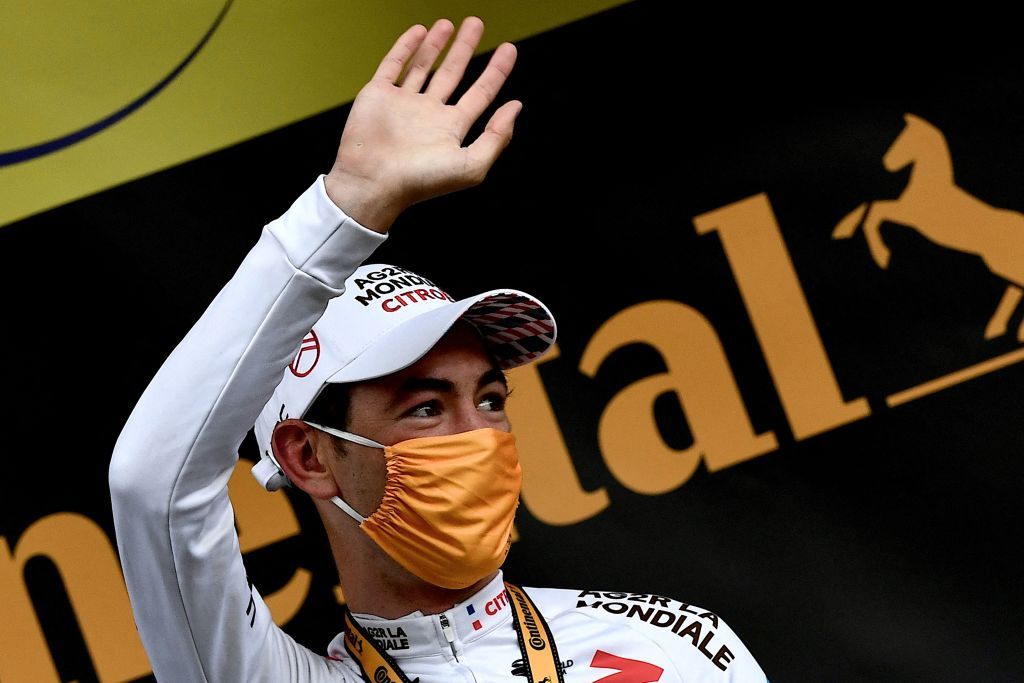 Ben O’Connor (AG2R Citroën) is the only rider within five minutes of Tadej Pogačar (UAE Team Emirates) in the general classification as the Tour de France breaks for its first rest day, but he insisted that it doesn’t make him a direct challenger to the man who appears to be in a race of his own.

Although O’Connor was briefly the maillot jaune during his remarkable solo victory on stage 9, he had few illusions about wresting the garment from Pogačar’s back at the finish in Tignes, far less in Paris.

“For sure I will try to stay up there, but I don’t think personally I’m on the same level as Tadej. I think he’s the next level above,” said O’Connor, who now lies second overall, 2:01 down on Pogačar.

The Australian had begun the second instalment of the Alpine doubleheader in 14th overall, a shade over eight minutes off Pogačar. After infiltrating the day’s early break on a second successive day of frigid and sodden conditions, O’Connor found himself as the virtual race leader atop the Cormet de Roselend with 50km to race, though he insisted that he had raced only with stage victory in mind.

“I never thought about the jersey today and it was really never in my hands whether I could take it or not,” O’Connor said. “I think that was up to the peloton behind to chase. It’s enough just to win a stage, let alone think about the yellow jersey as well.

“If I was lucky enough to have that chance, I’d gladly have taken it, but it was a hard two days with the rain, so I’m more than content with ‘just’ the stage.”

O’Connor was something of an accidental escapee, bridging up to the day’s decisive break when it took shape on the Col des Saisies, and the 25-year-old was unsure about his degree of commitment until he saw the group’s lead stretch beyond the five-minute mark.

“It was just a big group that went at the start, and we had to have someone there so I went to follow and sit and wait,” he explained. “Then I could see the time gap going up so I knew they were letting us go. It was not easy today, because there were lots of attacks, so it was super hard early on. It was just a matter of keeping as calm as you can and not getting too excited.”

By the descent of the hors categorie Col de Pré, O’Connor had just Nairo Quintana (Arkéa-Samsic) and Sergio Higuita (EF Education-Nippo) for company at the head of the race. The Colombian duo briefly managed to distance O’Connor on the descent of the following Cormet de Roselend, but he clawed his way back on before grinding his way clear on the interminable haul towards the finish at Tignes.

“On the top of Roselend, I was so cold,” O’Connor said. “I was freezing there, I couldn’t feel my hands and I descended like a sloth. That was not a good moment to be honest, I was really very cold and maybe I should have rethought what gloves I wore, or at least put them on earlier.”

On the day’s earlier climbs, O’Connor had struggled to match the accelerations of men like Quintana and Wout Poels (Bahrain Victorious), who were vying for the king of the mountains points on offer atop each pass. As the stage grew long, however, O’Connor’s diesel engine proved the difference.

He forged clear alone inside the final 18 kilometres, and Quintana and Higuita quickly fell away. By the summit, he had more than five minutes in hand on Mattia Cattaneo, who took second on the stage, while Pogačar cruised away from the group of podium contenders to place 6th at 6:02. For O’Connor, it was the second Grand Tour stage win of his career after his solo triumph at Madonna di Campiglio on last October’s Giro d’Italia.

“With guys like Nairo and Wout going for the king of the mountains, it was super hard to hold the wheels, but maybe these long days in the mountains where you grind on and keep going are what suit me, like on the Giro the last year,” O’Connor said. “I wouldn’t say I love it, but it works well for me.”

O’Connor’s advantage as he approached Tignes was such that he could already celebrate stage victory with AG2R Citröen directeur sportif Didier Jannel with more than 2km still to race. It was the 20th Tour stage win of the team’s existence and, despite losing Romain Bardet during the off-season, O’Connor’s performance means that the squad once again has a potential podium contender at the Tour.

“The planets aligned today, and he really deserved this win,” Jannel said in the mixed zone past the finish line. “He was already in front yesterday and he recovered well to fight again today. He has great mental and physical qualities. He’s a rider we’re still only discovering.”