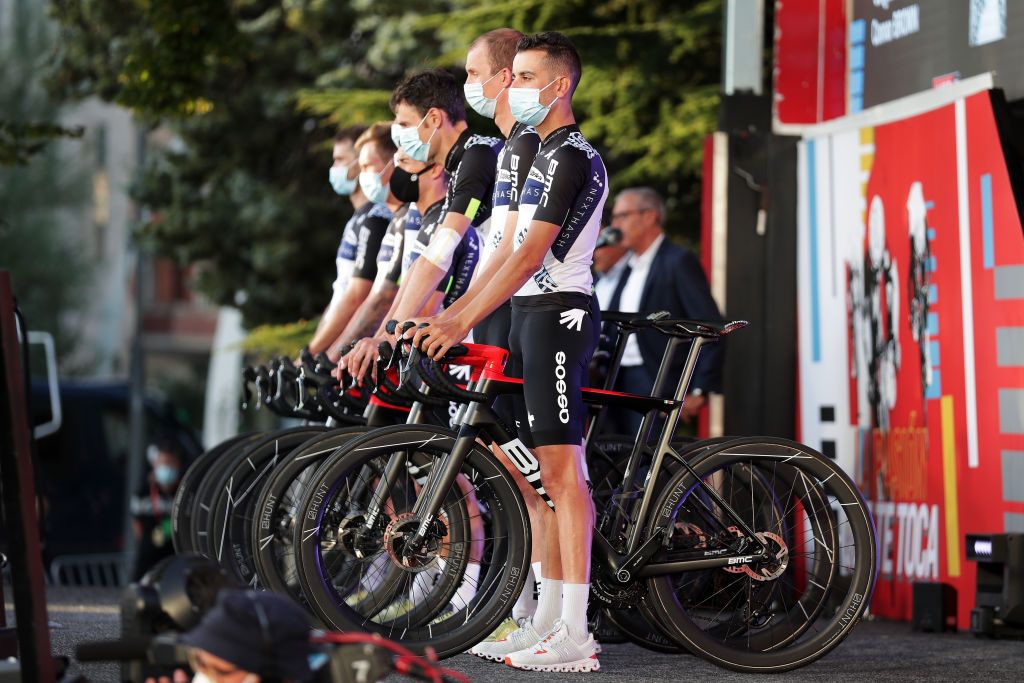 Qhubeka NextHash are still gripping to the faint hopes that they will be in the WorldTour next season. In order to maintain a WorldTour license for next year the team needs to supply their initial paperwork to the UCI by October 15, and with the deadline fast approaching the management is in a race against time.

Cycling News has heard from multiple sources that the team is still in negotiations with possible sponsors.

At the start of October riders – even those with contracts for next season – were told that they could break from the team and seek employment elsewhere with the team unable to guarantee a future beyond 2021.

According to several sources, top sprinter Giacomo Nizzolo has already signed for another team, with Israel Start-Up Nation heavily linked to the rider in recent weeks. Team sports director Lars Michaelsen told Cycling News that the team are still fighting to keep the squad going for next year, even with time running out.

“We’re still looking for solutions and if we had something to tell then you’d know by now. It’s still a work in progress,” Michaelson told Cycling News from his home in Demark.

“There are good leads, and good talks, but it’s not like ordering a cake and going to pick it up at the baker. Things take time, they’re not just delivered and unfortunately, we’re fighting with time.”

The team were in a similar position last year until clothing partner Assos stepped in at the last minute and bankrolled the team. Then, on the eve of the Tour de France team manager Doug Ryder brought on board NextHash as the title sponsor. This move relegated Assos to a minor role but the team struggled to pay wages in August. The teams’ salaries were paid on time in September, according to Michaelsen, but he wouldn’t rate the squad’s chances of making it into 2022 at this point.

NextHash had come on board as part of a five-year deal but even during the summer there had been rumours of the sponsor not supporting their financial commitments from the team. Cycling News understands that several other smaller sponsors were asked to submit their final payments earlier than scheduled in order to help the team’s finances.

NextHash joined the team as a cryptocurrency and blockchain partner. At the time, Ryder hailed the partnership, which he said would enable the team to develop new, interactive approaches to engage with its fans.

“You can compare it with last year,” Michaelsen said. “We were in the same situation last year, even in December.

“I hope that we’ll end differently but at the moment, that’s how it is. I can’t say about chances or putting figures on it. I’m not the deciding factor, that’s the other parties on the other side of the table. That goes back to them,” he said.

“Douglas is fighting to make things in order, and he has been this whole time. I think he deserves a medal for this because he’s been fighting to get everyone’s salaries on time.  I’m here fighting for the team and whatever can be the outcome for next year.”