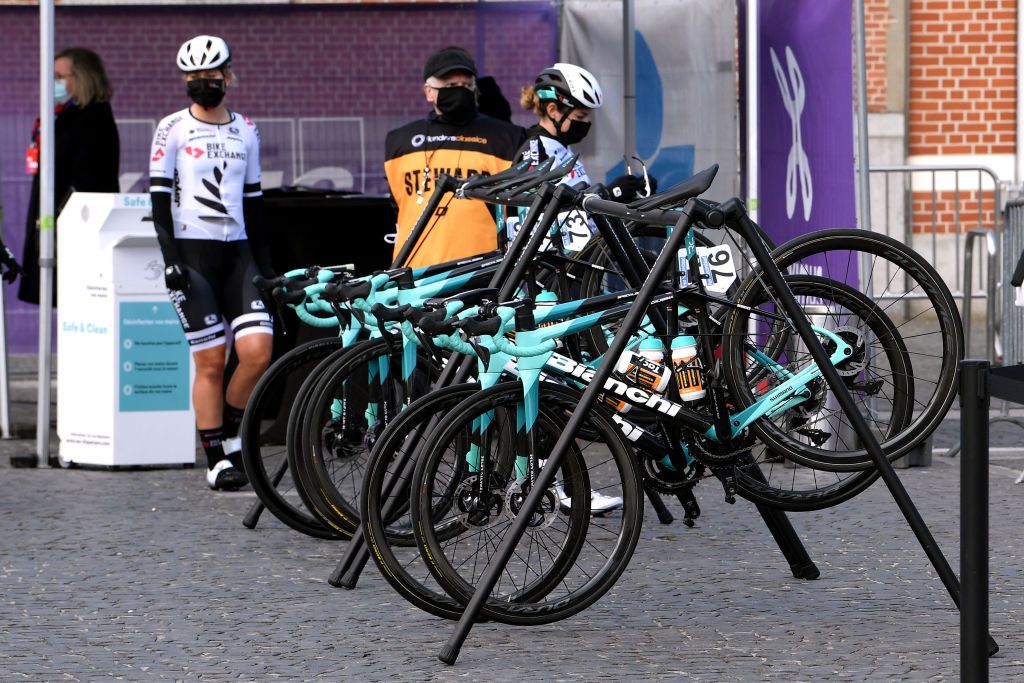 The riders from Team BikeExchange woke up on the morning of stage 5 at the Tour de l’Ardeche to find their bikes had been stolen, which could have spelt the end of their race if not for the kindness of rival teams.

The Australian-based squad was well-placed ahead of stage 5 of the seven-day tour in France, with Ane Santesteban having moved up to second place on the overall after coming fourth on the summit finish of stage 4. However, it ended up being far from a trouble free path to the St-Jean-en-Royans start on Sunday morning, with the team scrambling to get bikes and a number of riders ended up tackling the solid day of climbing on borrowed equipment.

“Thankfully the women’s peloton is full of great people and we would like to share our gratitude to the teams that rallied around to help us get our riders to the start line today after our bikes were stolen overnight,” said Team BikeExchange on Twitter.

On top of being grateful to the teams that helped out, Team BikeExchange sport director Alejandro Gonzales-Tablas said the squad was proud of how their riders handled the situation.

“Ane was able to have a strong ride to finish in sixth place on the stage despite the disruption and could continue to fight for her strong overall placing where she now sits in second place on the general classification, so we are very grateful to still be in the race and able to participate in today’s stage, given the unfortunate circumstances.”

Santesteban lined up on a Bianchi Specialissima that the team mechanic built up in the few hours before the race but it was far from the usual uniform array of Bianchi green across the team. The riders on borrowed bikes included Amanda Spratt, who was away in the break, and Lucy Kennedy, who is riding her last race with the team before retirement.

“Rivals on the road, but an amazing community,” said Kennedy, who delivered her thanks to Liv Racing, Trek-Segafredo and Movistar for their assistance over Twitter.

Now with the team still in the race, thanks to the help they received from the competition, Santesteban enters the final stages nine seconds back from leader Leah Thomas (Movistar) and on equal time with Mavi Garcia (Alè BTC Ljubljana), whose teammate Marta Bastianelli won stage 5.

“The girls all did really good today, it was so nice to have Spratt in the break and on the last two climbs I was able to get away with Mavi Garcia and Leah Thomas,” said Santesteban. I was feeling really good and wanted to try on the last climb but I was not able to open a gap.

“In the end we arrived together to the finish line, I am still second on the GC, just few seconds from the first position and we still have two more stages to go to fight.”