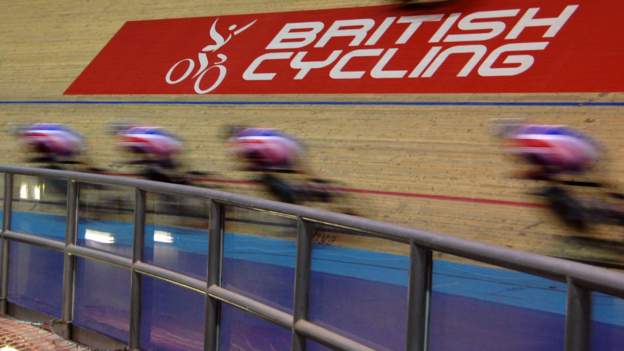 UK Anti-Doping allowed British Cycling to drug test its own riders in a private laboratory, an investigation by the World Anti-Doping Agency has confirmed.

It was for the purpose of screening for nandrolone, a prohibited substance.

The investigation confirmed “potential wrongdoing by individuals in both British Cycling and Ukad at that time”.

Despite the findings, neither Ukad nor British Cycling face any punishment.

Wada said it was making “no corrective recommendations” because those involved in the events of early 2011 are no longer employed by Ukad or British Cycling.

Ukad having “already put safeguards in place to avoid a repeat occurrence” was another factor.

Ukad said it welcomed the investigation’s findings, adding it acknowledged “these matters would not take place today”.

“The report from Wada makes clear the results of the testing carried out by British Cycling were all negative and notes the negative results from Ukad’s own extensive testing of British Cycling athletes at that time,” Ukad added.

British Cycling said Wada’s findings “attached no fault” to the organisation or the unnamed riders involved in the study.

British Cycling added it only conducted the testing having “sought and received the express approval” of Ukad’s director of legal.

“The 2011 events described in the Wada review could not be repeated at British Cycling today and, while there can be no room for complacency, we are proud of the progress we have made towards our ambition of becoming a world-leading governing body,” it added.

“British Cycling collected samples from elite riders and screened these samples for the androgen and anabolic steroid nandrolone,” said the investigation’s report.

“Contrary to the rules laid down by the World Anti-Doping Code and the relevant International Standard, the samples were collected by British Cycling staff rather than doping control officers, analysed by a non-Wada-accredited laboratory, and provided by the athletes on the basis that Ukad would never know the results.”

Analysis reported all of the samples tested negative for nandrolone, an androgen and anabolic steroid.

Emails from British Cycling, which have been obtained and authenticated by the investigation, show at least one former Ukad employee was aware of the study and the intention to analyse samples at a non-accredited laboratory.

The investigation found Ukad has no record of receiving the analysis results and emails that would have showed its real-time knowledge of key events.

“Ukad should have documented and recorded these events at the time,” said the findings.

“The impact of this failure is magnified by the inability of those involved to now recall these events and materially contribute to this investigation.”

But it added: “It is important to acknowledge that Wada I&I received the full cooperation and transparency of British Cycling and Ukad throughout our investigation.”

Wada said it was “concerned by the failure” of Operation Blackout to search British Cycling laptops for “relevant emails” after the letters claimed the devices held evidence.

“Had Operation Blackout conducted this search, it would have discovered the same emails found by Operation Echo in 2021.”