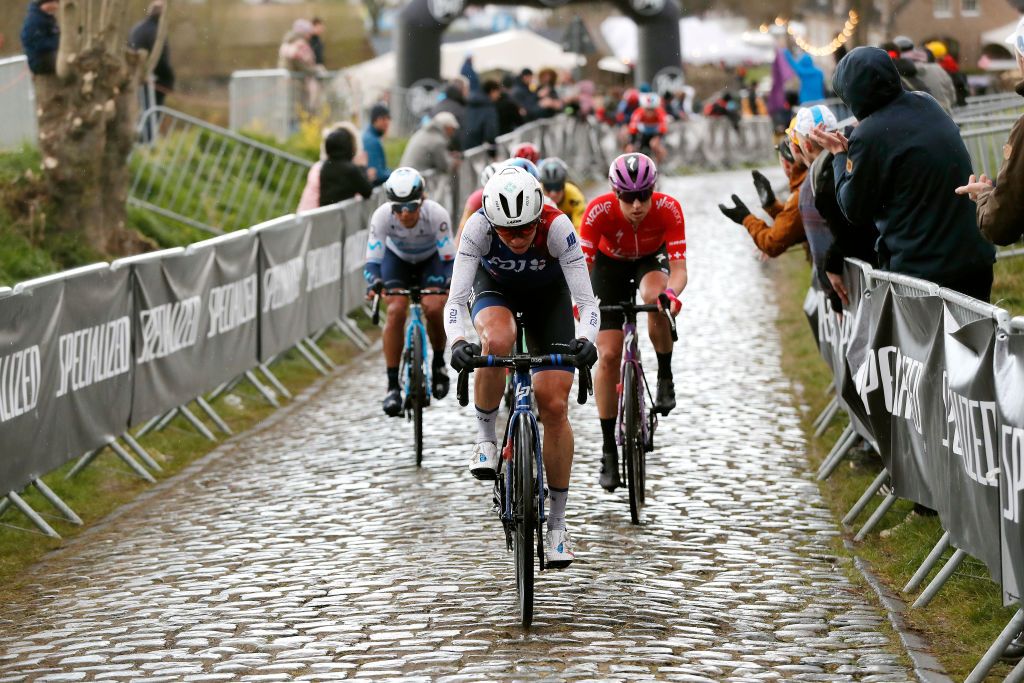 After animating Dwars door Vlaanderen earlier this week with two breakaways, Brodie Chapman was at it again at the Tour of Flanders Women.

The Australian FDJ Nouvelle Aquitaine Futuroscope rider, who only turned pro in 2018 at the age of 27, was one of six riders to break away with just under 30km to go. When the group split on the Oude Kwaremont, Chapman went solo with SD Worx rider Marlen Reusser.

Chapman looked set to finish inside the top-six on the run-in to the finish of the Tour of Flanders Women until she was caught by another group including two of her teammates, Grace Brown and Cecilie Uttrup Ludwig.

However with such a strong ride, Chapman announced herself as more than a mere domestique to her FDJ Nouvelle Aquitaine Futuroscope teammates.

“The crowds were so good it was like being at a festival. But I think I worked harder than at a festival today,” the 30-year-old Australian said.

“When I was with Marlen I knew maybe we could play for the win. But when it came back on the Paterberg with Annemiek van Vleuten and Lotte Kopecky I was like: ‘Ah no.’”

“But at that point I was just trying to stay in the group and hold on for as long as I could. I didn’t really have much info about where my teammates were behind but when they came back we tried to just play the numbers. It was a new race this year: the]Koppenberg was new, the scenario was kind of new. We certainly learned a lot and had fun.”

“It was awesome, I loved the Koppenberg,” she said. “I actually rode it three or four years ago, and was like ‘I hope this in a women’s race one day, it’s so cool.’ For me the Koppenberg was fine, it was more the run-in, I was terrified, it was so crazy. But yeah, luckily it wasn’t wet, otherwise it might have been a bit more hectic.”

“We want to win but I’m stoked. It was just the time of my life racin in front of the Belgian fans. I can’t complain,” she added.

Cecilie Uttrup Ludwig, who usually takes up the leadership role at FDJ described herself as “cooked” after the race.

“I expected it to be super aggressive in the final. It was such a hard race but we were a bit behind and had to chase, so not the ideal situation, but it was just such a hard day. But it was so much fun to have the spectators. Even though I was suffering like a pig, the spectators were just amazing.”

Uttrup Ludwig explained the move to bring her group back to Chapman, Reusser, and Niewiadoma.

“Brodie was up the road but then in our group we had Emma Norsgaard so we were like ‘Oh we don’t want to bring her back’, so then we attacked and tried to bridged to Brodie and then from that point on there was a minute to the front group and we did what we could,”  Uttrup Ludwig said.

Chapman will also line up at the Amstel Gold Race next Sunday alongside Uttrup Ludwig.

SOURCE: CyclingNews   (go to source)
AUTHOR: Amy Jones
All copyrights for this article, including images, are reserved to the original source and/or creator(s).