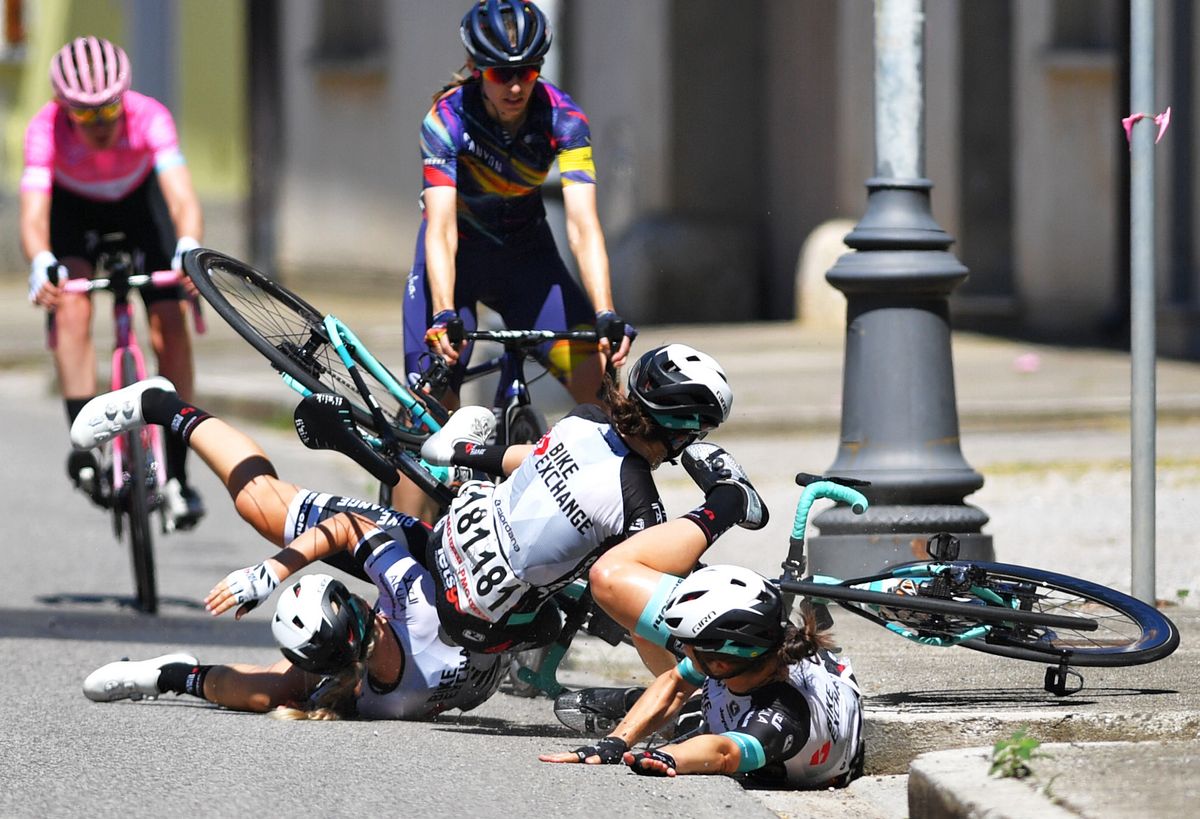 Grace Brown (Team BikeExchange) and Cecilie Uttrup Ludwig (FDJ Nouvelle-Aquitaine Futuroscope) have abandoned the Giro d’Italia Donne on Friday, due to injuries sustained in separate crashes during the 10-day race that concludes on Sunday in Cormons.

Uttrup Ludwig, who crashed during the opening team time trial and sustained bruising, continued to race for the subsequent six stages but pulled out of race ahead of the stage 8 start in San Vendemiano.

“Feeling heartbroken after being forced to make the tough call of pulling out of the Giro d’Italia Donne, but unfortunately I never recovered from my crash on the first stage… I’ll be back,” Uttrup Ludwig wrote in a post on Twitter.

Brown and her BikeExchange teammates Amanda Spratt and Georgia Williams were involved in a crash during the final five kilometres of the 129km stage 8 from San Vendemiano to Mortegliano. All three riders were able to remount and make it to the finish in Mortegliano.

Brown suffered the worst of the accident with Team BikeExchange confirming that she has several wounds and a left shoulder contusion. After being assessed by the team’s doctor, the decision was made for Brown to withdraw from the Giro d’Italia Donne.

“It was quite unfortunate that three of us came down in a crash today and we’re all a bit cut up and bruised. Personally, I’m fine, but I’ve hurt the muscle in my shoulder, and I have some quite deep cuts that need to heel,” Brown said in a team press release.

“I’m looking to be in good shape for the Tokyo Olympics and that’s my priority now, so I want to rest up so I can be good for that.”

Brown and Uttrup Ludwig have been selected to compete with their respective national teams – Australia and Denmark – at the Tokyo Olympic Games later in July.