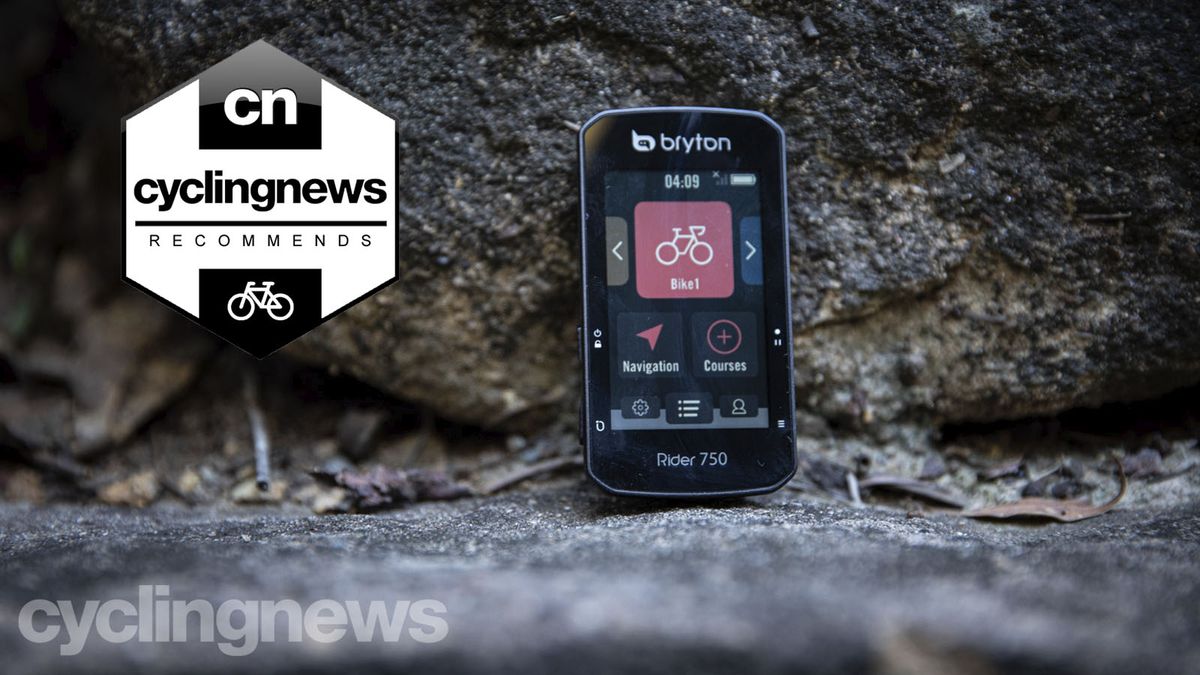 Garmin has long been the 800-pound gorilla in the GPS cycling computer market since it launched the Edge 500. More recently, Wahoo has been hot on its heels challenging for market dominance, and smaller Taiwanese outfit Bryton has been slowly chipping away with value for money head units with long battery life and lots of features.

The Bryton Rider 750 slots in as the brand’s best cycling computer, filling the void left by the recently discontinued 850. With a colour touch screen, Bluetooth, ANT+ and WiFi connectivity, preloaded base maps and more, it’s a fully-featured computer. But the field of full-featured head units is becoming increasingly crowded, and it’s becoming more difficult to find a point of difference among the best cycling computers.

The Rider 750 has a similar look to the budget-friendly Rider 420, albeit with a larger screen and more ergonomic button layout. The 2.8in screen is full colour and supports a new ‘Graphic User Interface’, which uses colours to quickly communicate HR and power zones on graphic metrics, and makes the maps easier to read too.

While there is a touch screen, there are two buttons on either side for power, start/stop, laps, and switching through data pages — the latter can also be done through a swipe. The graphics are clear and easy to read in full sun, though the screen’s shiny finish does pick up some glare.

There is a touch of lag in the user interface, whether you’re tapping something on the screen or one of the buttons on the side, the Rider 750 needs to think about it for a moment before it takes any action. This is not necessarily a bad thing, just something that takes a bit of getting used to and did cause some misfires the first few rides.

The computer has access to the GPS, Glonass, Galileo, Beidou, QZSS satellite networks and has support for connection to Bluetooth and ANT+ sensors, including power meters, electronic drivetrains and radars like the Garmin Varia. The computer also sees ANT+ FEC capabilities and can control your smart trainer should you want to run your indoor rides from your head unit.

If you want to take your workout into the great outdoors, the computer will guide your intervals, which can be created in the app or synced from Training Peaks.

With all this wireless connectivity, the Rider 750 conducts ride uploads and firmware updates without the need for a cable and plays nice with third-party apps like Strava and Training Peaks.

With a claimed battery life of 20-hours, the computer tracks 85-metrics including advanced fields like normalised power, and each data screen can show up to 12 fields.

Before taking the Rider 750 for its inaugural outing, you’ll want to get everything set up, which is done through the Bryton Active Companion App. Working similarly to Wahoo, everything can be customized through the app, including data screens, satellite networks and pairing with sensors. A minor nitpick, when you add or subtract a data field, they all snap back to the default settings, so you have to go back through and reselect each one. In all honesty, this is a minor inconvenience and is still easier than setting up data fields on the device itself.

Over the years, Bryton’s UI and some of the way things are presented haven’t always been the most intuitive. It’s improved as the brand has matured, but there are still a few little quirks. For example, instead of the play button symbol used to denote which button starts your ride they use the circle record emblem (but the play icon appears on the screen) and in the app to set up your screens, you’ll tap grid settings instead of metrics or data fields. These aren’t necessarily bad things; they’re just different from the norm.

The computer comes with your standard rubber band mounts, as well as sturdy aluminium out in front mount. The startup is quick, and the computer picks up GPS in my driveway faster than both a Garmin Edge 1030+ and Wahoo Elemnt Bolt.

One of the main selling features of the Rider 750 is the navigation, not only having pre-loaded base maps but the ability to voice search locations and points of interest. You’ll need to have the app open on your phone to use the feature, and it works really well, and even my hybrid American/Aussie accent didn’t cause it to stumble. If you’re not searching out a cafe or specific location and instead are looking to ride a loop with turn-by-turn directions, routes can be automatically synced from Strava, Komoot or Ride with GPS, or created directly on in the app.

When you leave the route-finding to the app or the computer itself, the computer opts for more direct routes following main roads, sometimes bypassing super popular safe opinions that may only be a block or two away. Where I live and ride on Australia’s Gold Coast, the Darren Smith Memorial Route – one of the most popular riding routes in the area – runs parallel to the much-less-safe Gold Coast Highway. This has long been my test for cycling computers’ routing capabilities, and the Bryton – like both Garmin (with its fancy Trendline Route finding) and Wahoo – opts to guide you down the Gold Coast Highway — only the Lezyne Mega XL has nailed the brief.

With a power meter, heart rate monitor, Varia Radar connected and running navigation, I wasn’t quite getting the claimed 20-hours battery life, with the device asking for a charge after about 15-hours.

The first Bryon computer to ever come across my desk was the Rider 310, back in 2016. Since then, the brand’s head units have been on a steady path up in terms of usability, functionality and reliability. Where it used to take an hour to sync a ride to the Bryton app over Bluetooth, now it’s hit Strava and Training Peaks before I’ve taken my riding shoes off.

There are still a few quirks in the UI, and coming from using Wahoo and Garmin units there is a bit of a learning curve. That said, through my test period, I didn’t lose a ride, or have a sensor that didn’t pair straight away or data that refused to sync from the app to the head unit — this is more than I can say for any Garmin computer I’ve ever used.

The Bryton is a little bit harder to learn than the Edge and Elemnt units, but I think the difference in price more than makes up for it.

SOURCE: CyclingNews   (go to source)
AUTHOR:
All copyrights for this article, including images, are reserved to the original source and/or creator(s).