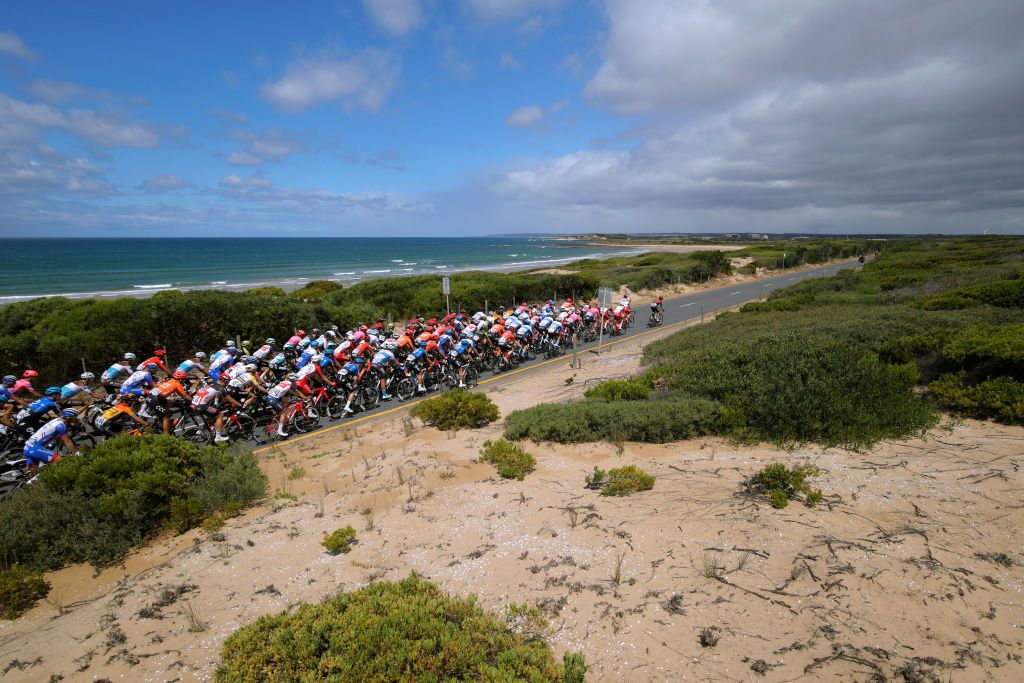 The Cadel Evans Great Ocean Road Race has put an end to speculation that it could be part of an Australian block of racing before the Wollongong Road World Championships in September, saying that while it did look into alternate dates for 2022 it was not a feasible option.

Both the Victorian event – which last ran in 2020 with a one-day WorldTour and Women’s WorldTour event as well as a 1.1 ranked circuit race beforehand – and the Santos Tour Down Under have given up their early season slot on the international race calendar in 2021 and 2022, with the border restrictions resulting from the COVID-19 pandemic creating too large a hurdle.

At the time of the latest cancellation, in September, the South Australian event announced that it would put on a domestic cycling festival while the Cadel Evans Race said it was “currently exploring opportunities to hold an international cycling event later in 2022”. Then last week Eurométropole Tour race organiser, Louis Cousaert, told Belgian newspaper La DH Les Sports that he had heard ‘noises’ about the Australian races being held in September.

“It’s not going to happen,” Scott Sunderland, Race Director, Cadel Evans Great Ocean Road Race said this week. “We talked about it and looked at the details because when you have to cancel or postpone an event, you look at the alternatives. We looked at the calendar for opportunities but it was just too difficult.”

The Cadel Evans Great Ocean Road Race usually runs in a block of racing with the Santos Tour Down Under, with the long early season trip made more viable as riders generally head straight from the South Australian stage race to the Victorian event which usually is run in either late January or early February. It seems unlikely that one would run without the other, as even with the advantage of having many riders already heading to Australia for the Wollongong World Championships in September of 2022 that would be as part of their national team, not trade teams, so running a WorldTour event would encompass different riders and team support.

Earlier this week the Tour Down Under responded to questions regarding an international event later in 2022, with a 2023 focussed response.

“Australia’s cycling community meets in South Australia each January and the Santos Tour Down Under is committed to returning as the first race on the UCI road cycling calendar in 2023,” the South Australian Tourism Commission told Cycling News via email on Monday. “We look forward to seeing everyone here.”

The organisers are holding the Santos Festival of Cycling in lieu of the international event for a second year in 2022, which includes four days of National Road Series level racing for the elite men and elite women. It is set to take place from  January 21 to 29, with domestic teams riding alongside European-based professionals returning home for the off-season.