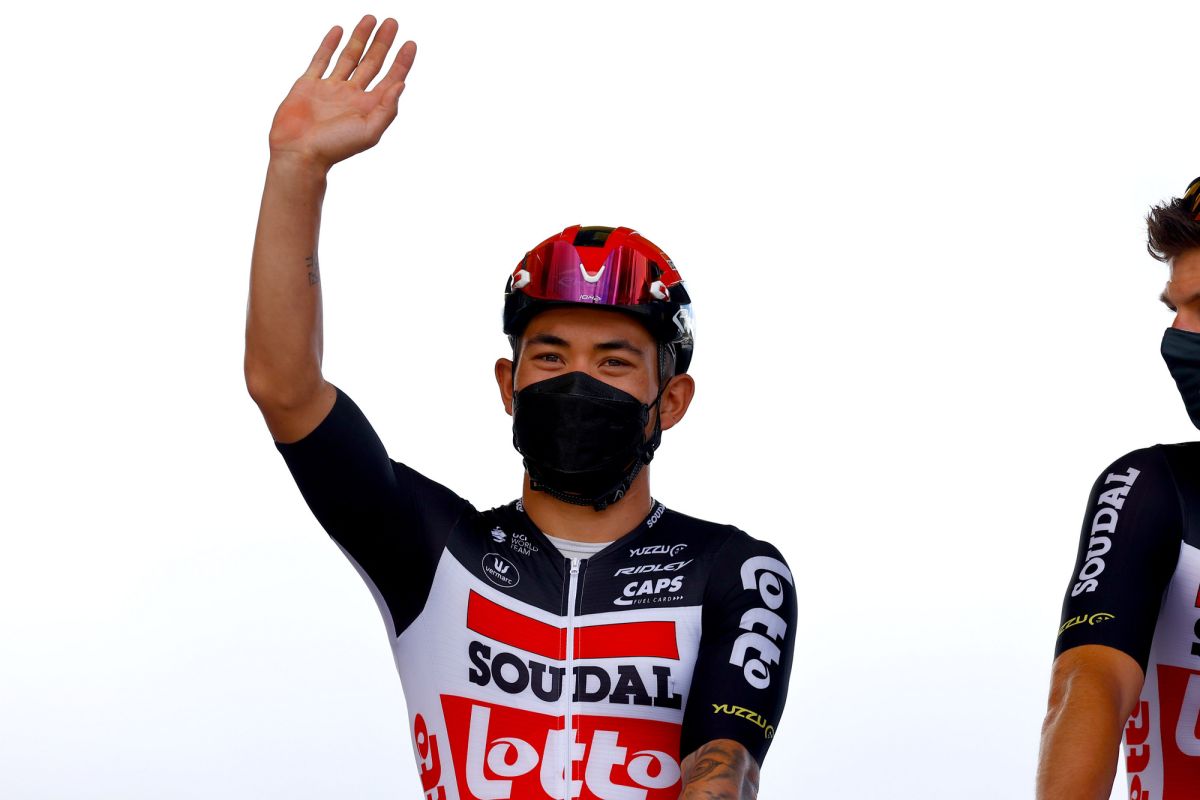 Caleb Ewan (Lotto Soudal) is back riding his bike on the road after the high speed Tour de France crash that left him with a displaced complex fracture of the right collarbone.

The injury that occurred as Ewan was sprinting toward the line on stage 3 abruptly brought an end to his plan of winning a stage at every single Grand Tour in 2021. The 27 year old had ticked off the first part of the challenge, delivering two stage victories at the Giro d’Italia before leaving mid-way through stage 8 with a knee injury. The Australian then confirmed his status as the sprinter to beat at the Tour de France when he returned to racing at the Baloise Belgium Tour and won two stages.

However, at the very first opportunity for the sprinters at the Tour de France Ewan’s hopes ended as he touched wheels with stage winner Tim Merlier (Alpecin-Fenix), causing both he and Peter Sagan (Bora-Hansgrohe) to crash inside the final 150 metres in Pontivy. After the crash at the end of June, Ewan flew back to Belgium for surgery.

“My bone is still broken but I’ve got a lovely titanium plate holding it together,” Ewan said in an Instagram post. “And I can ride on the road again! Thanks to everyone who has helped me get back on the bike.”

The crash not only took Ewan out of the competition for sprint wins and the green jersey, which was ultimately won by Mark Cavendish (Deceuninck-QuickStep), but also had implications for Sagan. The seven-time points jersey winner continued on after stage 3, but then abandoned ahead of stage 12 as during the crash the chainring had hit his knee and entered the skin above the patella, ultimately leading to an infection which required surgery.

Ewan was the first rider from his Lotto Soudal team to abandon though certainly not the last, with the team that was heavy on lead-out men for the flat stages losing more riders in the mountains. Jasper De Buyst left on stage 9, with the alpine test and its sumit finish of Tignes catching a number of riders out, while Tosh van der Sande (Lotto Soudal) abandoned on stage 11, which included a double ascent of Mont Ventoux. Roger Kluge then left on stage 13 after needing stitches following a crash in gravel on the road which brought down many riders.

That team – which finished in Paris with Philippe Gilbert, Thomas De Gendt, Brent van Moer and Harry Sweeny – had to switch focus following Ewan’s crash and the subsequent abandons, with its youngest riders Van Moer and Sweeny riding aggressively and trying to take their chances in the break right through to the very last stage. The team, however, walked away from the French tour without a win, compared with the two Ewan delivered in 2020. The closest they came was on stage 12 when the Australian rider, Sweeny, delivered a third place from the break while riding his debut Tour de France.

Ewan said it had not yet been determined when he would be back on the road and fighting for victories again.

“Not too sure what my next race will be but I’ll keep you updated when I know,” he said.