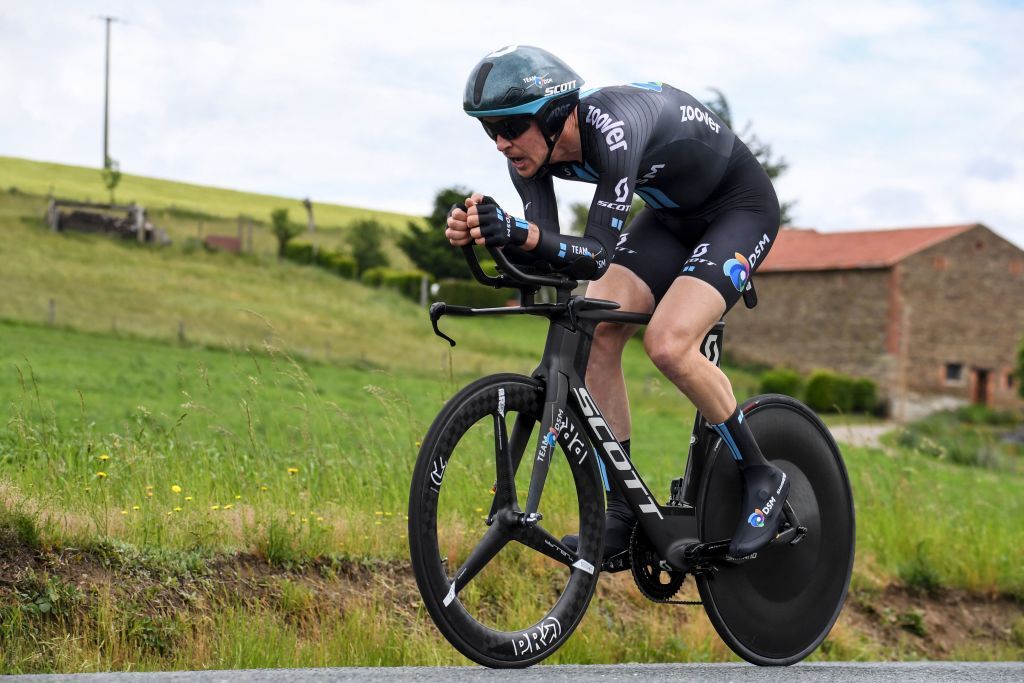 American time trial specialist Chad Haga is set to leave Team DSM after eight years with the German squad, he has announced in an Instagram post.

33-year-old Haga, who has been with the team since turning pro back in 2014, wrote that he’s planning to challenge himself with a new team, but didn’t reveal any details of a move for 2022.

“8 years ago, I joined Team DSM, a single bike racer unfamiliar with Europe and already old by today’s standards. The years since then have been an experience that I wouldn’t trade for anything!” he wrote.

“I got to help my teammates win races like Milan-San Remo, the Giro d’Italia, the GPs Québec and Montréal, and so many others, as well as snagging one myself – not to mention the countless team performances that didn’t result in victory but deserved to.

“Along the way, I got hit by a car, got married, lost my father to cancer, became a father, and became more familiar with Europe than I ever imagined. The whole time, I have prayed that when it was time to move on, God would make that clear and open the right doors at the right time just as He did at the beginning of my career.

“Now it’s time to walk through that door and challenge myself in new ways on a new team, and I’m excited to share that news soon. For now, I just want to thank Team DSM for 8 unforgettable years, and I’ll see you on the road!”

Haga, who hails from McKinney in Texas, has taken one victory during his time at DSM, a time trial victory in Verona to round out the 2019 Giro d’Italia. As a worker for others, he has been a driving force for the team, taking part in 12 Grand Tours including the 2020 Giro d’Italia where Jai Hindley and Wilco Kelderman took second and third overall.

This year, Haga – who in recent years has written a running blog for Cycling News – took second place in the time trial at the US National Championships as well as sixth in the road race three days later.

He also raced the Vuelta a España, helping teammates Michael Storer and Romain Bardet to a total of four stage wins for the team. His 2021 season ended with a fifth place in the closing time trial at the race.

Haga is the seventh rider confirmed to be leaving DSM during this off-season. While Nicolas Roche retires, Hindley heads to Bora-Hansgrohe, Storer to Groupama-FDJ, Jasha Sütterlin to Bahrain Victorious, Max Kanter to Movistar, and Felix Gall to AG2R Citroën.

John Degenkolb heads up the incoming list as he rejoins the team he left in 2016. Uno-X riders Jonas Hvideberg and Frederik Rodenberg also join for 2022, while Henri Vandenabeele, Leon Heinschke, and Marius Mayrhofer step up from Development Team DSM.