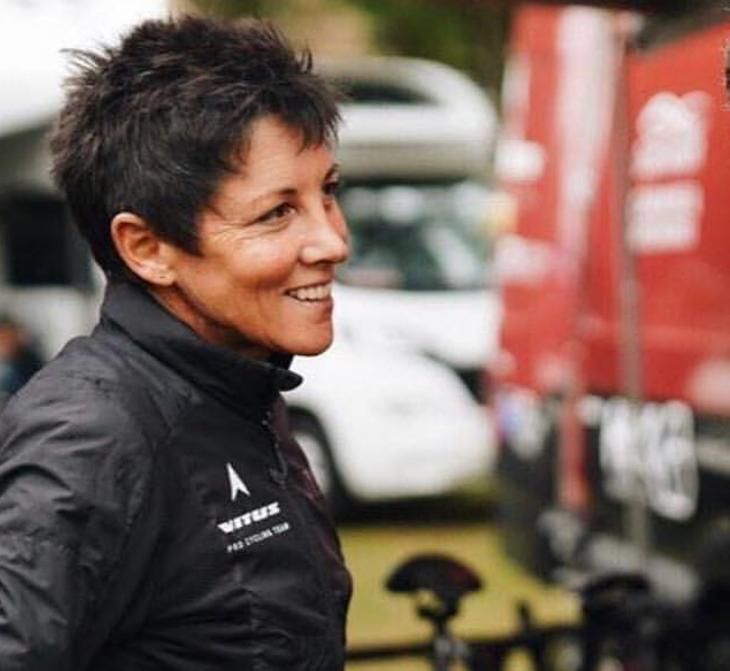 Cherie Pridham is joining Lotto Soudal in 2022, with the former professional rider moving from a sports director role at Israel Start-Up Nation after being ‘charmed’ by the Belgian project.

Pridham stepped up to WorldTour level with Israel Start-Up Nation for the 2021 season after the difficult sponsorship climate lead to the closure of Vitus Pro Cycling, where she was team owner and manager. Pridham worked at the Continental level for more than a decade before stepping up to the WorldTour team, having also been team director at Team Raleigh.

“After our first interview I was immediately convinced. She was by far the best sports director. She really can and will bring something new to the team,” Lotto Soudal general manager John Lelangue said in a statement.

“She is strong in organization and works well with people, riders and staff. Whether you’re male or female doesn’t matter at all to do this job. First and foremost, she’s a director, not a female director. Cherie is just the person we need.”

Pridham, a professional cyclist for 15 years who completed eight editions of the Tour de France Féminin, is among a small number of sports director that are female. It is even more of a rarity in the men’s WorldTour, where she was leading the way when stepped into her full time role at Israel Start-Up Nation.

“As long as I do my job, then it is not important to be a man or a woman. In 2021 I always got respect and appreciation. I really want to thank the owners of Israel Start-Up Nation. They gave me the chance to develop my skills. That was an invaluable experience which I can use to help making Lotto Soudal a more exciting team,” said Pridham.

“The important thing is that all riders and staff feel that they are part of a successful team. We will have fun with Lotto Soudal, but with the riders we need to go to war as well. And we can win the battle.”

50-year-old Pridham said that signing up to work with Lotto Soudal was a case of “if you can’t beat the Belgians, join them.”

“It was absolutely not on my radar to direct a Belgian team, but when the Lotto Soudal project was presented to me, I was immediately charmed by it. I raced a lot in Belgium. I know how much cycling means for Belgian people. I am not afraid, I am ready to make a positive contribution to the team’s future.”