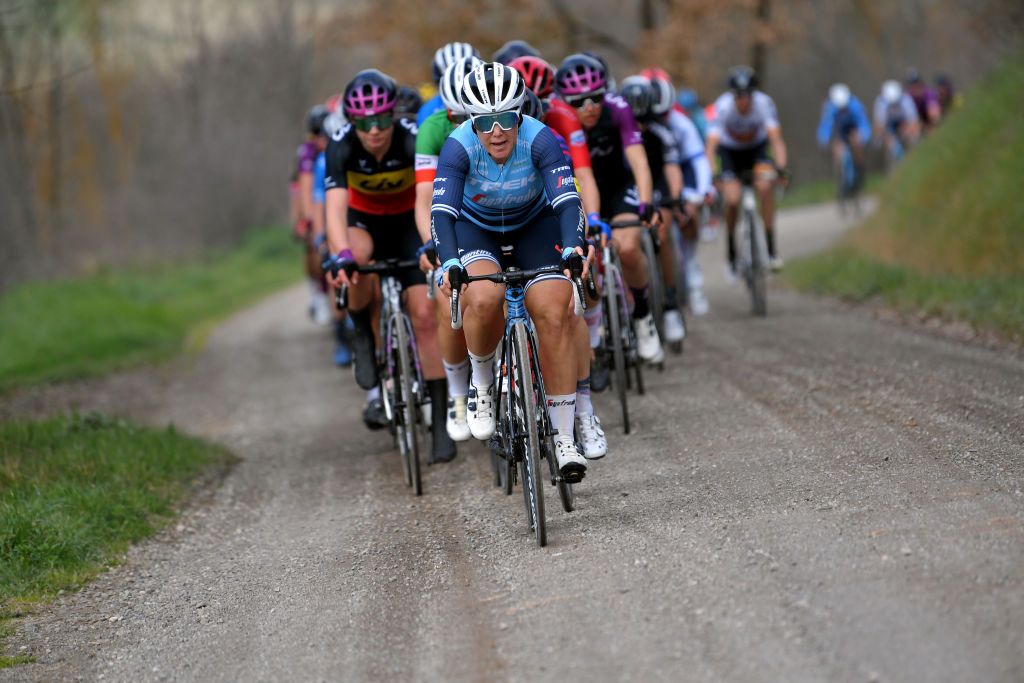 Chloe Hosking (Trek-Segafredo) said she’s been out of action after testing positive for COVID-19 at the start of April, with mild symptoms that have nevertheless resulted in a fitness denting interruption to training.

The rider, who has 36 professional wins to her name, joined Trek-Segafredo at the beginning of the year to add firepower in the sprints but the spring racing has been far from what the experienced 30-year-old would have hoped for.

Things began well enough, with Hosking netting third in her second European race, the 1.1 ranked Le Samyn des Dames, but after that it wasn’t until she came seventh at the Women’s WorldTour Brugge-De Panne in late March that it looked like she was really starting to kick into gear for the season. Conveniently, that was right ahead of Gent-Wevelgem, which was one of the races she had said was a target when joining the team. That race, however, ended with a DNF and soon after her season came to an unexpectedly abrupt halt.

“At the beginning of the month I tested positive for Covid 19,” said Hosking in an Instagram post.

“While my symptoms were mild I’ve yet to return to normal training as my blood tests have been slightly abnormal. While this is a blow to my cycling right now, I’m glad to have a team of people around me who see the bigger picture; my long term health.”

The Australian isn’t the only member of the Trek-Segafredo women’s squad who has faced an interrupted season due to COVID-19, with Ellen van Dijk also sidelined with the coronavirus in April and Ruth Winder having to sit out Liège-Bastogne-Liège after close contact with a COVID-19 case.

Hosking, who won La Course in 2016 and a Commonwealth Games Gold medal in 2018, joined the talent-packed Trek-Segafredo after a year with Rally Cycling, where plans to break up her long run of European seasons by spending more time in the United States were curtailed by the unfolding of the pandemic.

She still managed to add three more victories to her tally in 2020, taking a stage at the Santos Women’s Tour Down Under before the race calendar was halted and, after the season restart in Europe, won the Grand Prix International d’Isbergues and a stage at the Tour de l’Ardeche.

Hosking, who is in her 12th season as a professional, is now faced with the task of working her way back to form so she can deliver on the target of netting those big sprint wins for the team.

“When I am given the green light, I’m in for a long slow slog back to fitness but I’ve done it before and I will do it again,” said Hosking.