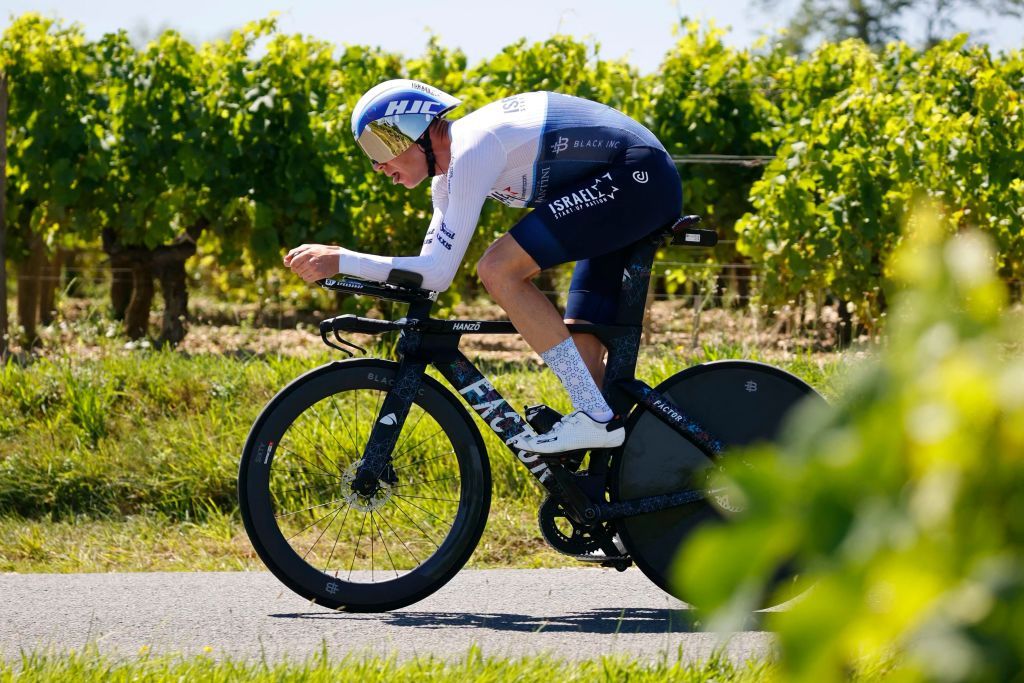 Chris Froome (Israel Start-Up Nation) will end his 2021 season with Saturday’s Il Lombardia and then Monday’s Coppa Agostoni race in northern Italy, opting not to ride the individual time trial at the British Championships despite having entered the event.

The Kenyan-born Briton will end this season with 70 race days on his calendar, combined with a multitude of training camps, plus hours and hours of gym work to help complete his recovery from the terrible 2019 Critérium du Dauphiné accident.

He feels he has now regained equal muscle strength and resolved other problems but lacks the time trial training to target next week’s rescheduled British Championships in Lincoln.

“I did enter the national time trial champs a few weeks ago because I was feeling good but I’ve since spent so much time on the road at different races that I haven’t had the time to specifically train for time trials,” Froome told Cycling News on the eve of Il Lombardia.

“I was hoping to spend time on my new time trial equipment: the new Factor Hanzo bike that has been released, but so far I’ve only been able to check that my time trial position is right. It’s been a while since I raced in the UK and I’d love to go over there but I don’t think I can do it just this time. Of course, if nationals are back in June in 2022, then I’d certainly hope to be there.”

Froome opted not to ride the Vuelta a España after finishing the Tour de France battered and bruised after a stage 1 crash. However, he kept racing and completed the Deutschland Tour, the Tour de Slovaquie and the Giro di Sicilia. He rode Milano-Torino on Wednesday and was part of the decisive attack sparked by Deceuninck-QuickStep before working to help Israel Start-Up Nation teammate Michael Woods on the Superga climb. He will ride for Woods on Saturday and alongside Dan Martin as the Irishman races for the last time in his distinguished career.

Froome will then stay in Italy to ride the Coppa Agostoni race before finally heading home to the South of France for a well-deserved staycation. He has no desire to hang up his own wheels and is already thinking about 2022, with the Tour de France still the dream that drives him to train and work so hard despite being 36.

“I’ve got a couple of weeks off but I’ve no real vacation planned. My son is at school now and so I’ll simply enjoy the time at home with the family,’ Froome said.

“I’ve got a couple of charity events with the Best Buddies guys in San Francisco and Miami during the winter. We’ve also got a team camp over in Israel in early November, which I hope to go, if travel restrictions allow us. Then it starts all over again next year and we keep going.”