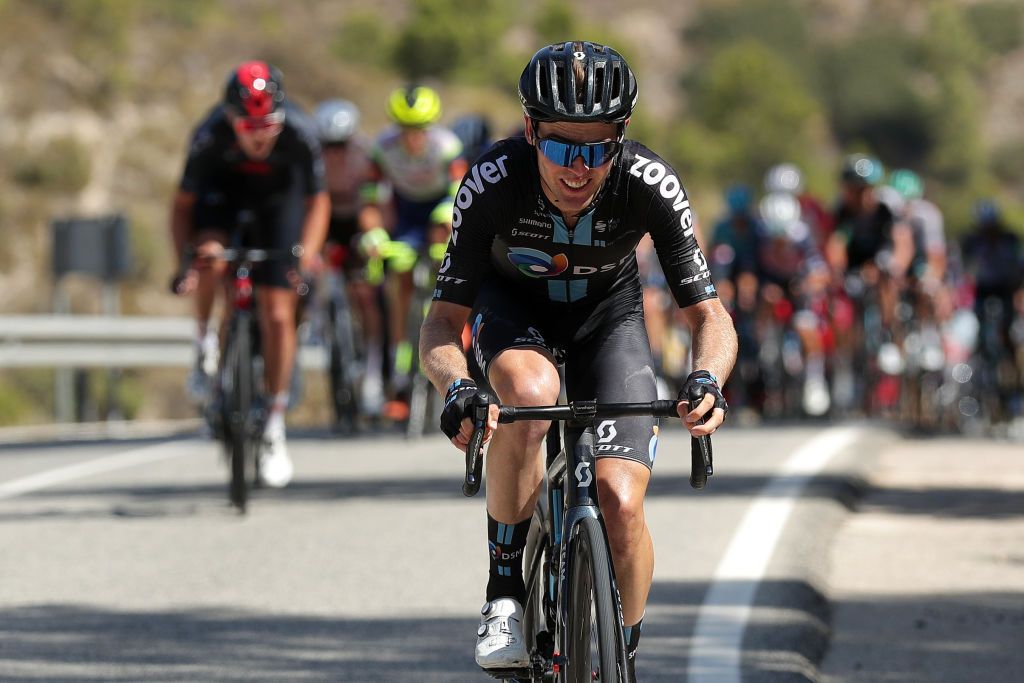 Riders extricating themselves from Team DSM contracts have made the headlines in 2021 but Chris Hamilton didn’t hesitate when it came to renewing with the team for the next two seasons. The Australian turned professional with Iwan Spekenbrink’s squad, then known as Sunweb, in 2017 and his tenure will have extended to seven seasons by the time his current deal expires.

“They liked the way I worked and I like working with the team so it was a pretty easy decision, I guess,” Hamilton told Cycling News. “They took me as a young rider with not that many runs on the board. It was pretty easy.”

Hamilton was speaking following the team’s presentation in the Netherlands earlier this month, which had been overshadowed somewhat by the news that the Jumbo-Visma-bound Tiesj Benoot had become the latest rider to leave the team before the end of his contract, a trend that began with Marcel Kittel in late 2015 and continued with the departures of Warren Barguil, Tom Dumoulin, Michael Matthews, Marc Hirschi and Ilan Van Wilder.

Despite the questions raised by that litany of exits, DSM’s working methods were robustly defended by both Romain Bardet and the returning John Degenkolb, who rejoins the squad in 2022 after a five-year hiatus at Trek-Segafredo and Lotto Soudal. Their thoughts were echoed by Hamilton, who sees the team’s commitment to structure and egalitarian approach as a strength rather than a limitation.

“The team has its way of working and because of that they’re very focused on having riders treated equally and that sort of thing,” Hamilton said. “It’s super well organised: you always know what your calendar is going to be really early in the season, so you prepare for what you’re going to do in the year. I honestly have never had any issues. It’s a reliable and good way of working.

“At the end of the day, if [the riders who left] weren’t happy, then that must be true for them, but it doesn’t affect the rest of the riders. Everyone here is happy and we have our way of working and we just move on.”

Hamilton, for his part, has been working his way up through the hierarchy at DSM over the years. After riding the Vuelta a España in his debut season, he was part of Tom Dumoulin’s supporting guard at his defence of his Giro d’Italia title in 2018 and then placed 8th overall at the Tour de Pologne the following year. He underscored his value as a climbing domestique still further on the 2020 Giro, when his fearsome display of pace-setting at the foot of Piancavallo helped put his teammates Wilco Kelderman and Jai Hindley into second and third on the overall standings.

In the season just past, Hamilton rode primarily in support of Bardet, linking up with the Frenchman at both the Giro and the Vuelta, though in each race he also had the freedom to chase results of his own. In Italy, he impressed in the break on the rugged stage to Bagno di Romagna before losing out in a two-up sprint to Andrea Vendrame. There was mild disappointment but no sense of regret. “It’s not like I muffed up my timing or something like that, I was just beaten by a stronger rider,” he said. In Spain, meanwhile, he placed third at El Barraco and 6th on the tumultuous penultimate stage to Castro de Herville.

“Being a GC support rider, it’s quite rare that you get your chance and when you do, you just have to take it, so I can’t not be happy with top-three finishes at both the Giro and the Vuelta, even if I’m still obviously hungry to get that elusive win one day,” said Hamilton.

With his fellow countrymen Jai Hindley and Michael Storer leaving for Bora-Hansgrohe and Groupama-FDJ, respectively, Hamilton will likely be an even more important component in Bardet’s supporting cast in 2022, though DSM have yet to confirm which Grand Tours their GC leader will ride next season.

“When we look back I spent a lot of time with Romain this year, not only at altitude camps but at races too,” Hamilton said. “I was quite excited when he was joining the team, because when I was starting out in cycling, he was already a guy starring in the Tour de France. He’s a great guy and really appreciative of the work we put in for him. It’s nice that we can spend so much time together doing camps because it means I know how hard he works and he knows how hard we work.”

Bardet’s seventh place at the Giro was perhaps the high point of a troubled opening half of the season for DSM, and though the squad began to pick up victories in the latter part of the campaign, they finished 2021 in 21st place in the UCI rankings, the lowest of the WorldTour teams. It was a stark contrast from Sunweb’s remarkable results during the delayed and condensed 2020 season, even if Hamilton feels that their collective level of performance was not altogether different across the two campaigns. Perhaps in 2020, the team’s methodological approach was uniquely suited to the demands of the pandemic-interrupted season.

“Performance-wise, there’s nothing that stands out that’s really different, so I think a lot of it could have come down to how we handled the lockdown,” Hamilton said. “I’m not too sure what other teams did but I know we were all keeping in touch with each other every week, having meetings and that.

“At the time, you might have been thinking, ‘Do we need to do this?’ but when you look back, all the meetings and the assignments kept the brain ticking. Then once we were allowed to travel again, they sent the whole team into an altitude camp and I think that was great. Some of us did two three-week camps before the Giro, so we spent a lot of time together, working hard. We were motivated but not burnt out by the time the season started.”

DSM will hope to replicate something of that spell in 2022, when Hamilton, still only 26, will find himself as one of the elder statesmen on a youthful roster. The years roll by quickly in the WorldTour.

“You never feel as old as you are, but I’m going into my sixth season as a pro, so I’ve got a lot under my belt. When I was starting out, someone with my experience was someone I listened to, so now I want to be a good role model to the younger guys and give advice,” said Hamilton, whose ambitions for the new year will toggle between the personal and the collective.

“My personal goal is that, if I get my opportunities in breakaways, I want to take them. In the bigger picture, I want to be the best GC support rider I can be. I really want to make a step forward. It’s not just being a generally good GC support rider, I want to be a reliable guy who can get over the big mountains with the best of them.”