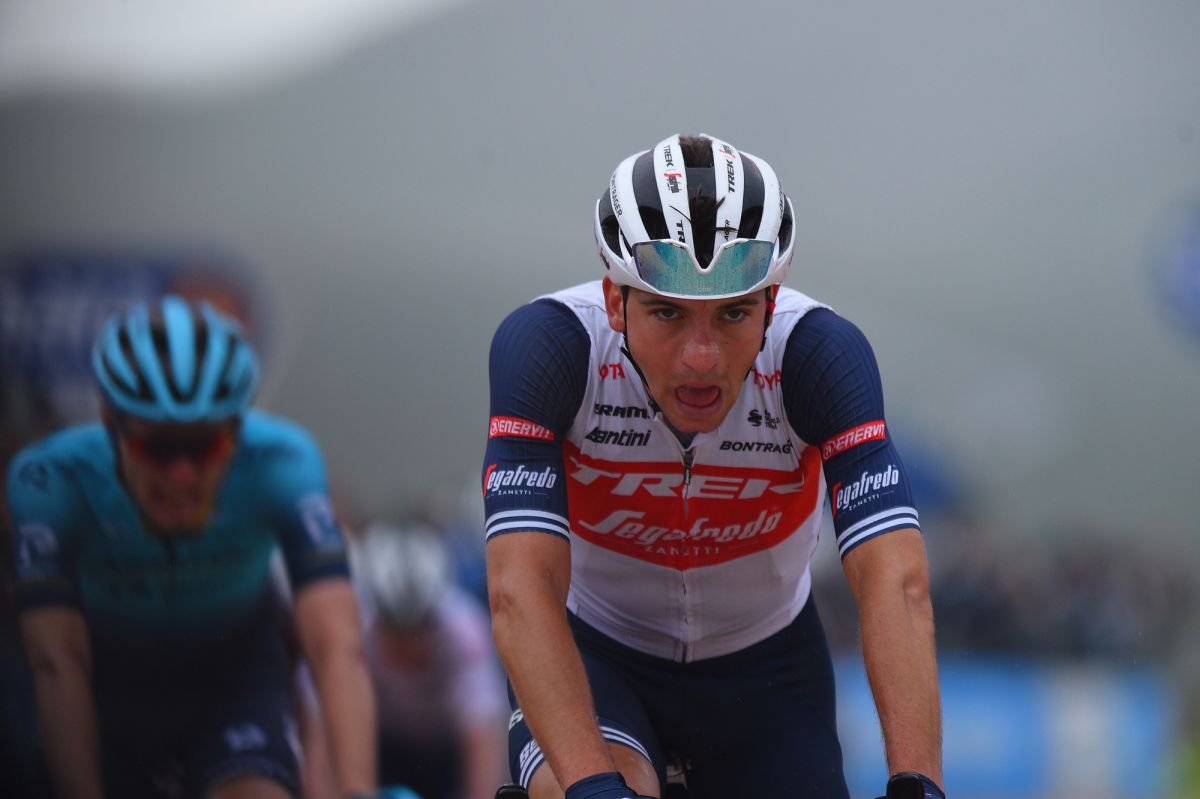 Giulio Ciccone will continue to target the general classification in Grand Tours in 2022 after crashes denied him the chance to compete for high overall finishes at both the Giro d’Italia and Vuelta a España this year.

The Trek-Segafredo rider was among the most impressive performances when the road climbed in the opening two weeks of the Giro, and he lay sixth overall on the second rest, only to crash heavily on the road to Sega di Ala on stage 17 and abandon the following day.

Ciccone’s Vuelta also ended prematurely due to a crash. He was 12th overall, with designs on moving up in the mountainous final days, when he crashed out of the race on stage 16.

“Without the bad luck, I’m certain I would have brought home something good, especially at the Giro d’Italia, where at a certain point I was in excellent condition,” Ciccone told La Gazzetta dello Sport. “I was close to the podium but I fell on a descent on the stage to Sega di Ala.

“If you look at my results, [the season] was below my expectations. But the [power] numbers that we have say I went better than I did in 2019. It’s just that two years ago, I focused on stage wins, whereas this time, I had to ride for GC.”

The 26-year-old was sufficiently encouraged to continue in the same manner in 2022, confirming that, for now at least, he has no plans to return to his previous existence as an aggressive hunter of stage wins.

“Until I understand my real value [as a GC rider], I’d say no,” Ciccone explained. “If I’d finished the Giro or Vuelta this year, I’d know more. Even in Spain, where I wasn’t even at my best, I was still close to the top 10.

“Certainly, with riders like Pogačar, Roglič and Bernal in the gruppo, winning a Grand Tour becomes almost impossible, and I’ll have to reflect on it sooner or later. But for now, I’m staying as a GC rider.”

Ciccone began the 2021 Giro as the ‘wildcard’ in a Trek-Segafredo squad that was led by Vincenzo Nibali, but the Sicilian has ended his two-year stint at the team and he will race for Astana-Qazaqstan next season. Nibali’s lone success in Trek-Segafredo colours came at the Giro di Sicilia in October, while the veteran and Ciccone never quite dovetailed in the Grand Tours.

Ciccone struggled at the 2020 Giro after contracting COVID-19 the previous month, while Nibali’s 2021 GIro challenge was compromised by the training crash he suffered in April.

“Things with him didn’t work out like we were hoping,” Ciccone said. “We both had difficult moments and that didn’t help, but we remain good friends off the bike. I took my responsibilities in any case. At the Giro, I was the leader after his crash the month before the race, and at the Vuelta too.”

Ciccone has yet to announce his 2022 programme, but it seems difficult to imagine that he will forgo the Giro, which features a summit finish in his native Abruzzo atop the Blockhaus on stage 9 and the lowest total of time trial kilometres since 1962. For now, however, Ciccone limited himself to one wish for 2022: “To finish a Grand Tour without crashes. You’ll see that I’ll be in the top five…”