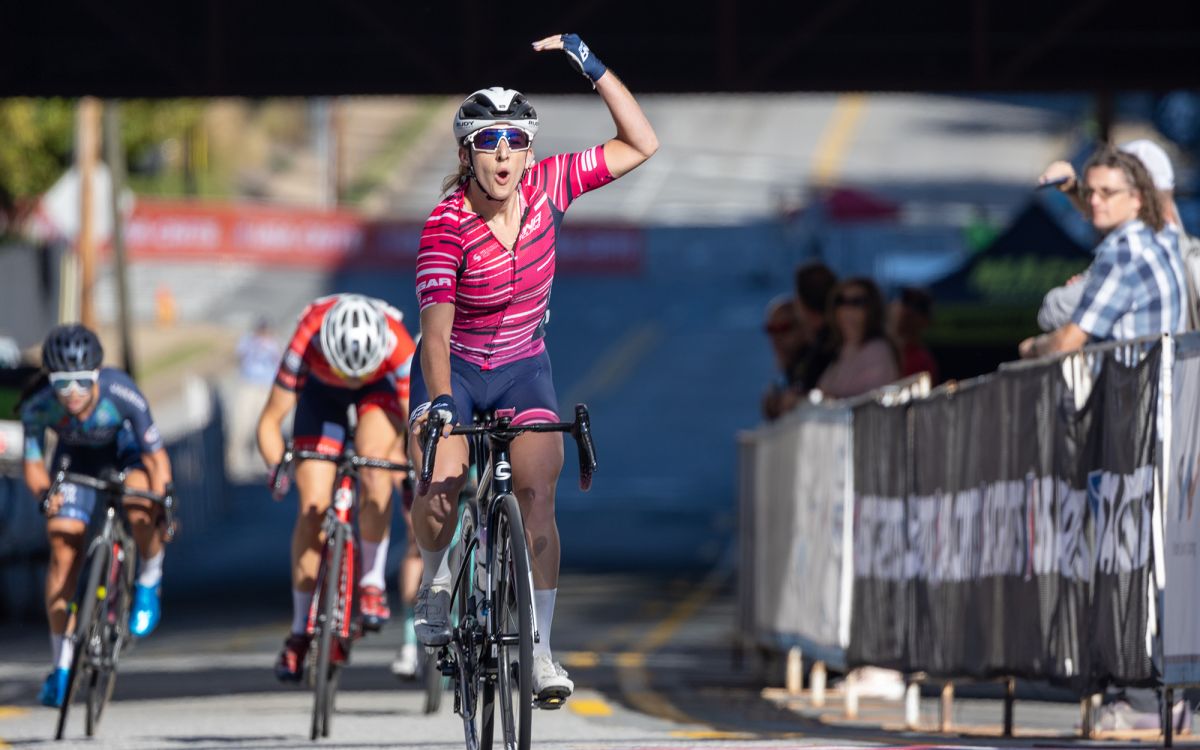 DNA Pro Cycling has announced it will field an 11-rider international squad for their 10th season of racing in 2022. The Utah-based women’s Continental team has six riders returning, including two of its criterium leaders who helped the squad take top team honours at the USA CRITS Series this year, Erica Clevenger and Maggie Coles-Lyster.

Clevenger won the USA CRITS Series Final in Winston-Salem, North Carolina from a solo breakaway. The 27-year-old American was eighth overall in the team’s only stage race this season, the four-day Joe Martin Stage Race in August.

“Obviously, last year was a real challenge, and even this year in the US it was a slow start compared to Europe. It’s been a crit-heavy season, so we had to shift our views,” said Clevenger. “I’m excited to show what I have in 2022 with DNA Pro Cycling and use my legs for more road racing when it comes back in the US next year.”

The 22-year-old Coles-Lyster finished second in the individual leader standings for USA CRITS and secured the best young rider prize for the 10-race series. She was ninth on GC at Joe Martin and was on the podium 10 times in criterium events, including a win on the second day at Winston-Salem Cycling Classic. It was her first full season on a UCI Continental team.

“It was pretty amazing to end the season this way,” said Coles-Lyster, who was also second overall on the USA Cycling Professional Road Tour calendar. “We know what we’re capable of and we’re learning how to execute the perfect race. Taking that forward with this squad into next year is pretty epic.”

Returning as teammates for Clevenger and Coles-Lyster will be Brenna Wrye-Simpson, Nicole Shields, Kimberly Lucie, and Mia Manganello Kilburg. Kilburg won a bronze medal at the 2018 Olympic Winter Games in Pyeongchang in long-track speed skating for Team USA and is looking to qualify for the 2022 Beijing Winter Olympics.

Joining Barrera in the U23 ranks are Rauwerda and Payer, who finished second and third, respectively, in the U23 standings at this year’s Joe Martin Stage Race. Rauwerda, who raced for a club team this year, is a four-time Canadian junior track champion and has held provincial road, criterium, and time trial championships as a junior. Payer, who raced with the development programme LUX-Sideshow p/b Specialized, is the reigning U23 national time trial champion.

Barrera raced three years for the Agolico squad out of Mexico, finishing second in the mountains classification and fourth in the GC at the Vuelta a Colombia Femenina. She added the elite road race national crown to the U23 title in 2019.

Peñuela and Karagianis are veterans who bring valuable experience and credentials to the team. Peñuela’s career as an all-rounder has spanned 10 years of racing including the last two seasons with Team TIBCO – Silicon Valley Bank. Karagianis is a sprinter who joins DNA after six years with UCI and domestic elite teams, including Illuminate and LA Sweat.

“We have built a strong, balanced roster, with talented young riders matched with experienced, respected veterans. I’m really excited to be building on our successful season,” said team co-owner and director Catherine Fegan-Kim.