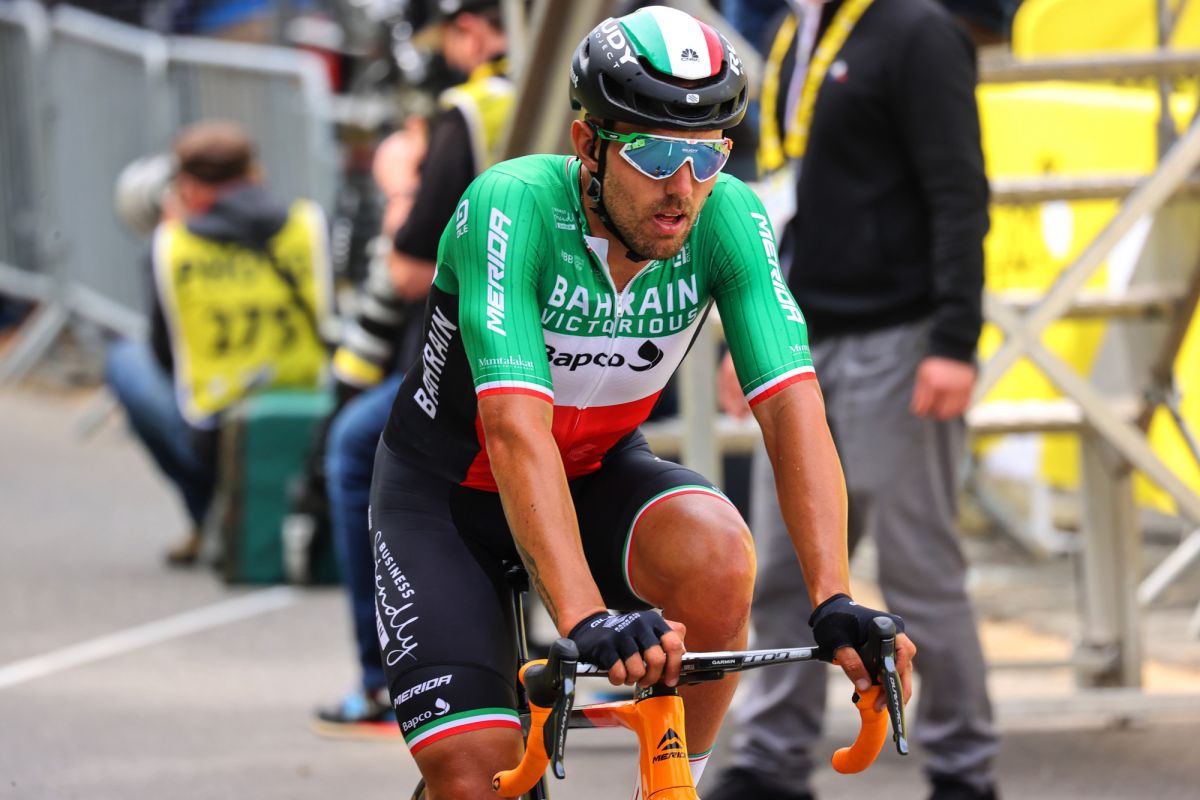 Sonny Colbrelli (Bahrain Victorious) has looked to play down any speculation or innuendo that he was to blame for the crash that took down Primož Roglič (Jumbo-Visma) on a hectic stage 3 of the Tour de France.

Roglič, who came into the race as the runner-up to Tadej Pogačar in last year’s Tour and started the day third overall in the race for the yellow jersey, came down heavily on his right side with just over 10km to go on stage 3. It initially looked like a typical clash of wheels and when the Slovenian hit the deck, Colbrelli – who was riding close to Roglič at the time – could be seen looking back and throwing his hand up as he turned to see the stricken Jumbo leader.

Roglič would eventually remount and after a desperate chase limit his losses to 1:21 on stage winner Tim Merlier (Alpecin-Fenix). However, he slipped from third overall to 20th and is now 1:35 down on the yellow jersey. More worryingly for the Jumbo rider, he was seen limping towards an ambulance at the finish in order to have X-rays carried out on his battered body.

It was later revealed no fractures, but at the finish Jumbo-Visma team boss Richard Plugge told Cycling News and other members of the media that he heard that a rider had ‘bumped’ Roglič and that his leader was “bruised and sore as a minimum and we’ll check him at the hospital. We have to check with X-rays and that’s why we wait for an ambulance. The other guys say that there was a rider who bumped him and who made him fly.” Plugge added that he knew who this suspected rider was but he wouldn’t name the culprit.

Hours after the finish and after taking fifth on the stage, Colbrelli via his team’s Twitter account tried to distance himself from any wrongdoing and the Italian national champion offered his sympathy in Roglič’s direction.

“Obviously, you never like to see anyone crash in a bike race. The crash with @rogla was unfortunate. The bunch was moving from left to right on the narrow roads in the finale of the stage,” Colbrelli said.

“Roglič came from behind me to move up, and our handlebars got caught together, which almost pulled us both to the ground. It was only luck that I remained up on the bike. My reaction after the crash was more out of fear than anything else. I’m really sorry for @rogla, and wish it didn’t happen, but I don’t believe I’m to blame.”

For his part, Roglič didn’t even mention Colbrelli or another rider when he offered his assessment of the crash using a statement via the Jumbo-Visma press officer.

“Luckily we saw that everything is still in one piece and nothing is broken but I have scars all around my body,” he said after being taken by ambulance to the Tour de France X-ray truck.

“It was not the best day for us but we go on. We can still continue.”

The Dutch outfit lost Robert Gesink earlier in the stage due to a crash, while Steven Kruisjwijk needed medical assistance due to a deep cut on his right hand.