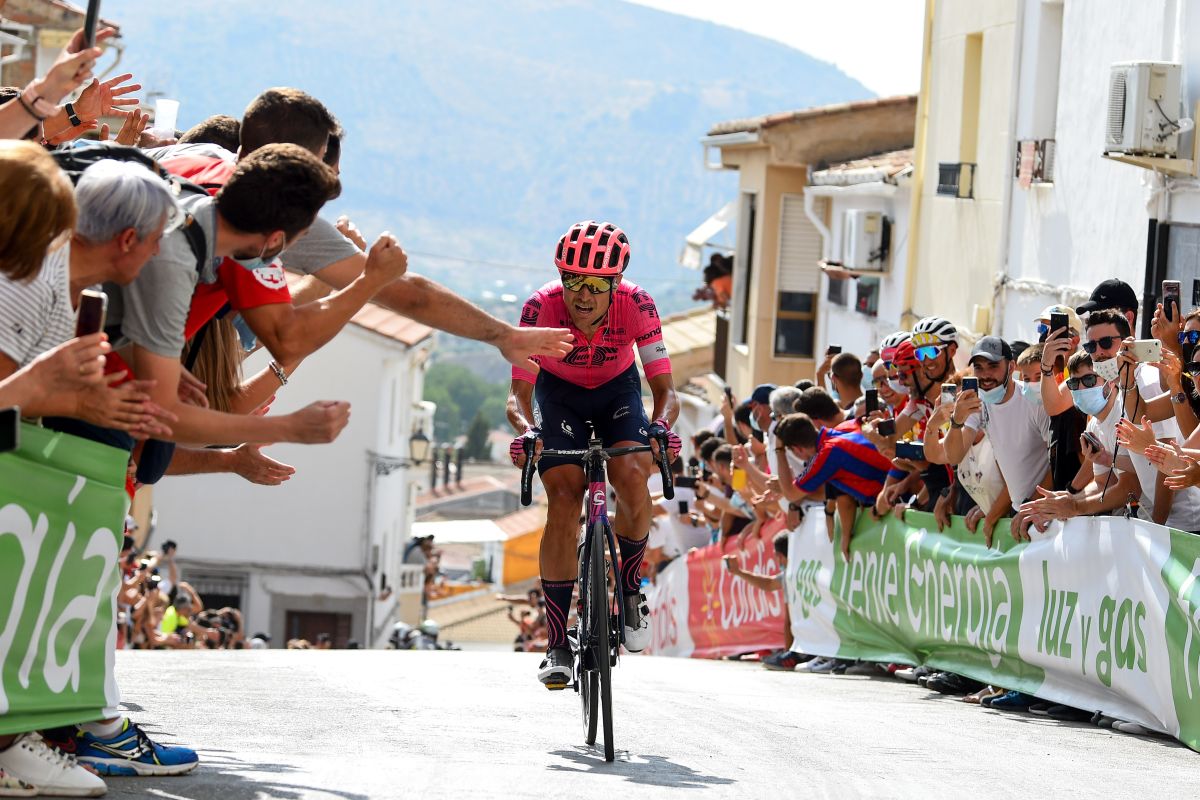 The Belgian Ardennes Classics feel a long way from the blazing heat of eastern Andalusia and the Vuelta a España but as Magnus Cort (EF Education-Nippo) found to his cost on Wednesday the ultra-steep climb to Valdepeñas de Jaén, dubbed the ‘Mur de Huy of the south’ by local media, has a lot in common with its Walloon relative.

The last rider to succeed in winning on the Mur de Huy ahead of the pack now dates as far back as Igor Astarloa in 2003, regrettably for Cort, it was entirely in keeping with that Ardennes Classics formula that his gutsy stage 11 lone move was also swallowed up by the favourites within sight of the line.

Part of an early breakaway group of five with a slender advantage, rarely above two minutes, throughout a short, fast stage, Cort said later he had thought his chances were slim given the unfavourably-small margins between his attack and the bunch.

Even so, after sheering away at the foot of the second-category climb, the Puerto de Locubín, which preceded the Valdepeñas ascent, Cort maintained the bones of his initial gap of 45 seconds despite Jumbo-Visma and Team BikeExchange’s best efforts with Mikel Nieve.

Cort still had 30 seconds after coming off the Puerto de Locubín but Jumbo-Visma’s final heightening of the pace and the thrilling uphill duel between Enric Mas (Movistar) and Primož Roglič saw him fall short of his goal almost within sight of the finishing gantry.

It was pure irony that on stage 6 to Cullera, Cort had just managed to fend off stage 11 winner Roglič on an almost equally-tough climb. But this time around it was not to be.

“I like to be in the breakaways,” Cort said after ultimately finishing the stage in 25th place. “It’s not easy to do that, but we’ve got a good team for that and we all support each other.

“I knew today would be a really good chance and we had a strong group in the break. We rode really well and I had good legs, but unfortunately we never really had much time and I knew it would be difficult.

“But I kept believing, you don’t get many chances like this and unfortunately it wasn’t enough.”

Asked if he would take a rest day after his second big breakaway in the race, Cort refused to rule out another attack. “Maybe not, but we’ll see.”

If Cort had the nearest of near misses on Wednesday race-wise, EF Education-Nippo suffered another big setback as their young British climber Simon Carr, who was injured in a crash last week, abandoned mid-stage.