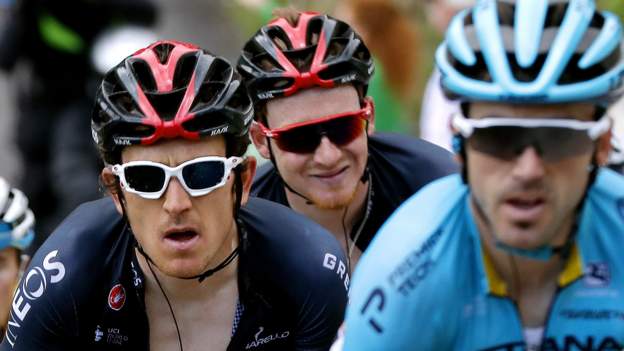 Padun attacked early on the final climb on Saturday and won by 34 seconds from Australia’s Porte, who now leads by 17 seconds from Alexey Lutsenko.

Padun, 24, moved to the front with around five kilometres of the 171.5km mountain stage from Saint-Martin-Le-Venoux to La Plagne remaining and the Bahrain Victorious rider stayed clear to secure his first World Tour win.

“After last year I was thinking that maybe cycling is not my sport,” said Padun. “It’s an incredible moment for me.

“I thought maybe I’d arrive in the first 20 guys but then ‘why not do something and maybe they’d show me on TV for my mother’. I want to thank my team, who believed in me and didn’t tell me to stop and wait for [team-mate] Jack Haig. They just let me go for the victory.”

Ineos’ Porte said: “The plan was never to go so far out but at the end of the day it was a good move.

“I know it’s a battle tomorrow [Sunday] but we want to finish it off. Everyone will want to attack but we have a strong team here.”

Sunday’s mountainous final stage is a 147km route from La-Lechere-les-Bains to Les Gets on the western edge of the Alps.

The Trek-Segafredo rider, who has been out with illness for most of the season, was beaten in a sprint finish by Swiss rider Elise Chabbey, giving them a 24-second lead heading into day two.