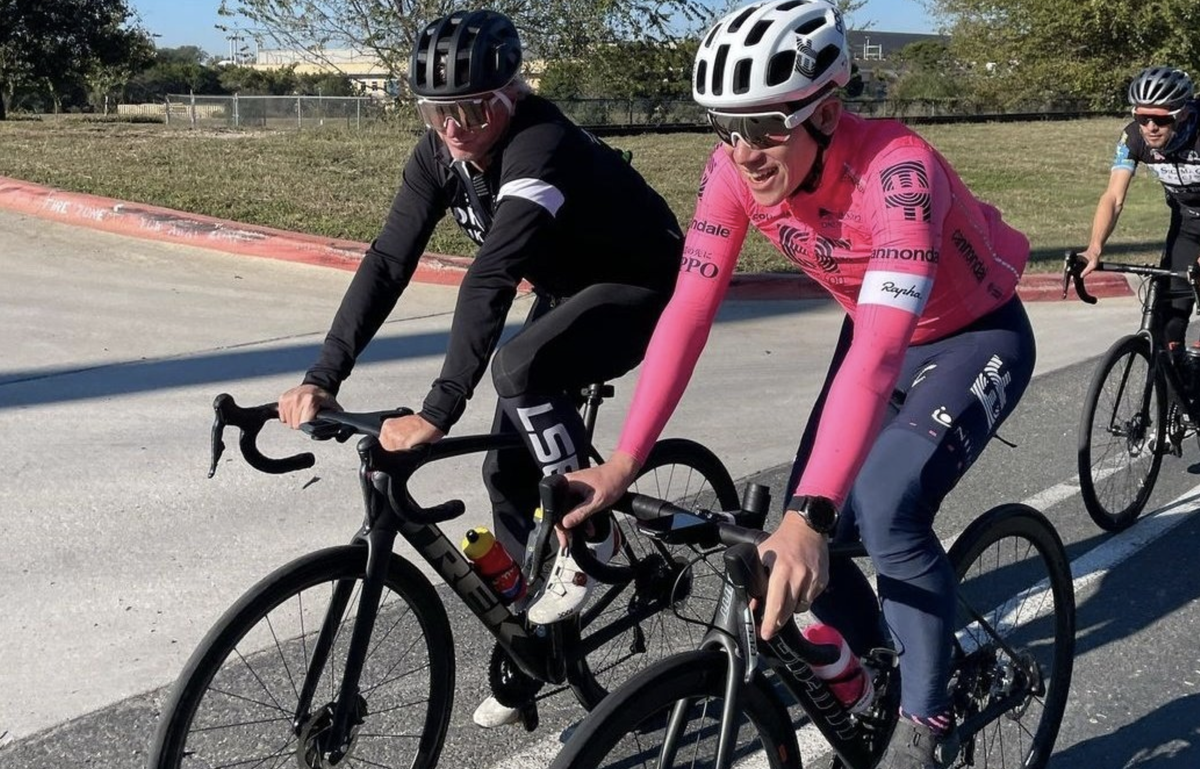 What happened? Sergio Higuita, who signed a contract with Bora-Hansgrohe for 2022, was seen riding a Specialized bike rather than a sponsor-correct Cannondale. His team sent him a termination notice, but then kept him on board after an apology from Higuita. Then, it also emerged they sent a contract termination letter to Lawson Craddock, who has signed for Team BikeExchange, for riding a Giant bicycle at a Mellow Johnny’s event in Texas. Stay tuned.

What are the consequences? The riders faced the possibility of losing out on a month or more of their 2021 salary before their contract ends on December 31.

What’s the route? The Grand Partenza will start in Budapest with an uphill finish on May 6 and two other stages in Hungary before a rest day transfer to Italy. There look to be seven opportunities for sprinters, six hilly stages and summit finales at Mount Etna, Blockhaus, Cogne and the Passo Fedaia and major mountains to be crossed including the Mortirolo and Passo Pordoi.

What’s left to know? The entire route, including the dates for each stage, will be published on Thursday.

Why is it significant? Habibzai was one of a few brave women who started riding and racing bicycles, despite it being a social taboo for women there. After the trauma of being torn away from her family and her country she still wants to race her bike. She is the first Afghan to sign for a US development team, Twenty24.

Get more on the story: Habibzai tells Cycling News about her harrowing escape to the USA.

What happened? Details have not been made public but the promising Eritrean, who raced and trained with the UCI’s World Cycling Centre programme, reportedly died after being struck by a driver while she was training in Asmara. The UCI, among many others, paid tribute to the “rising young talent who will be greatly missed” via its social media channels.

Cycling News expresses its condolences to Kidane’s family, friends and teammates at this sad time.

Why it’s significant: Pozzato was unvaccinated and has urged others not to make the same mistake. He was due to get his vaccination but fell ill three days before his appointment. He has been in hospital since November 2 on supplemental oxygen.

How did he get it? Unknown, but he had organized the “Ride the Dreamland” series of events in mid-October and became ill five days later.

Well, what are his weaknesses? Long, high-altitude climbs and a team that is arguably weaker than Ineos.

Why is it significant? He made the revelation on Geraint Thomas’ podcast, claiming he can “crack pretty fast” and that Ineos could use its collective strength to beat him.

What is it? Rouleur Live is a four-day gathering in London showcasing cycling tech, delivering live interviews with pro riders, and appearances from some of the sport’s biggest names.

What’s significant? The Rouler Live bike show took place in London in front of an actual audience with people together, in person, after months of mask mandates and pandemic-related cancellations. We’ve put together a gallery of tech innovations and items of interest from the show.

What happened? Peter Kennaugh spoke extensively about his decision to retire in 2019, along with his struggles on and off the bike, in a film called ‘Frontiers’ made by Wahoo.

In a reminder that riders are not robots Philippa York said: “When you’ve watched ‘Frontiers’ you might start to understand that what Peter Kennaugh did when he said enough is enough back in 2019 took strength. It’s a moment of real bravery to recognise what he describes as his dream not being what he thought it would be, and to have to say that out loud, because to the cycling fan being a pro is the ultimate job.”

November 11: The Superprestige cyclo-cross series continues with the Jaarmarktcross in Niel on Thursday. The race is broadcast on Sporza in Belgium and Eurosport and GCN+ just about everywhere else. It’s a great urban course with deep mud and some off-camber to make it technical. Expect close racing in men’s and women’s fields where new European champions Lucinda Brand and Lars van der Haar will debut their jerseys. Quinten Hermans and Denise Betsema are the series leaders after two rounds.

November 13: The UCI Cyclo-cross World Cup heads to Tabor for round six, which includes the first rounds for Junior men and women and U23 men. The race is broadcast on Sporza, NOS, Eurosport, Telenet Play Sports and on FloBikes in the USA.

Eli Iserbyt leads the elite men’s series by 45 points over teammate Michael Vanthourenhout, while the women’s leaders are tied on points, with Brand and Betsema locked on 147 points.

Cycling News will have reports, results and photos from both events.