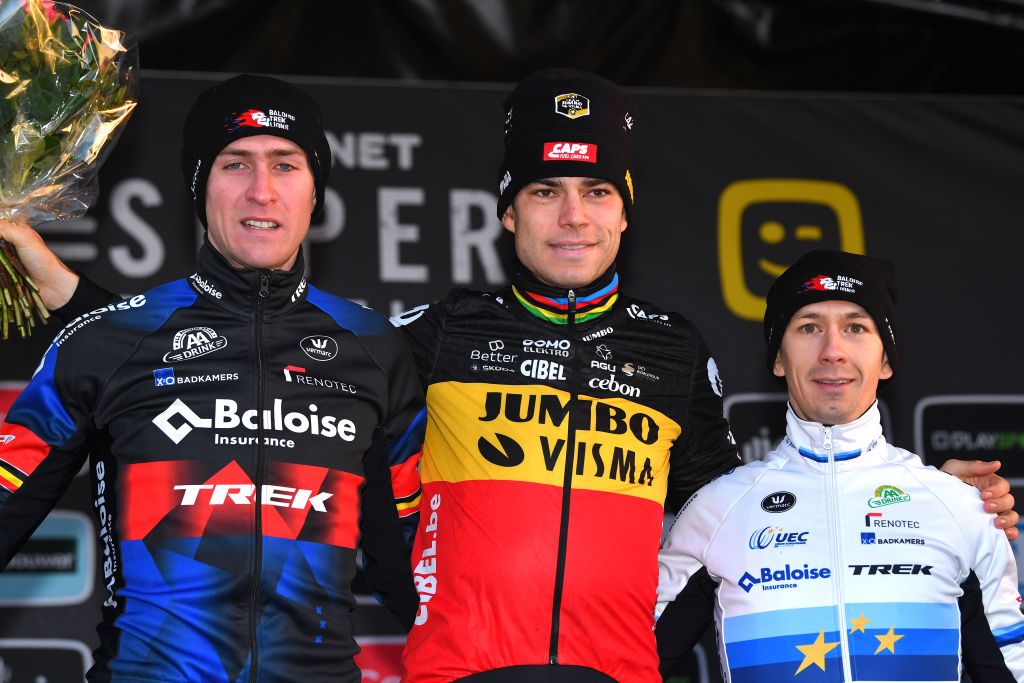 Wout van Aert’s rivals have reacted with astonishment at his victorious return to cyclo-cross on Saturday, with widespread fears the top step of future podiums is now out of reach.

The three-time world champion had played down expectations ahead of Saturday’s Superprestige race in Boom, having not raced ‘cross since the World Championships in January and not raced at all for the past two months, as well as suffering from a midweek cold.

However, he blew the competition away in the sloppy mud, stomping clear on the second of seven laps and – despite a penultimate-lap crash – finishing nearly two minutes ahead of the rest.

“It is unbelievable what Wout van Aert has done here,” Toon Aerts, who got the closest to him in second place, told Sporza.

“It was to be expected that he would quickly join the front of affairs, but that he produces such a lap after just one lap shows a lot of confidence. This race will make him even more confident in the coming weeks.”

Lars van der Haar and Eli Iserbyt, third and fourth in Boom, both made the same point when asked about Van Aert’s display.

“I didn’t really see it myself,” Iserbyt joked.

“What he did today is enormous. The lead was huge. He has reached a consistently high level since last winter, also on the road. Wout was at home on this course.  I have to hope for a slightly faster race to keep up with him.”

Van der Haar added: “I was behind on the first lap. Fortunately, I was able to move up but when I got to the front one man had already started flying.”

Iserbyt, Van der Haard and Aerts have been the leading riders so far this season, with Iserbyt winning five of eight World Cup rounds as well as three of the five Suerprestige rounds, while Van der Haar landed the European title.

However, the complexion of the season is about to change, or already has changed. As well as Van Aert’s storming return, there was a quieter debut for Tom Pidcock in Boom, while four-time world champion Mathieu van der Poel is set to follow them into the fold later this month.

“We have to be honest. If you see how Van Aert rode away, it could be a Christmas period without victories,” Aerts concluded.