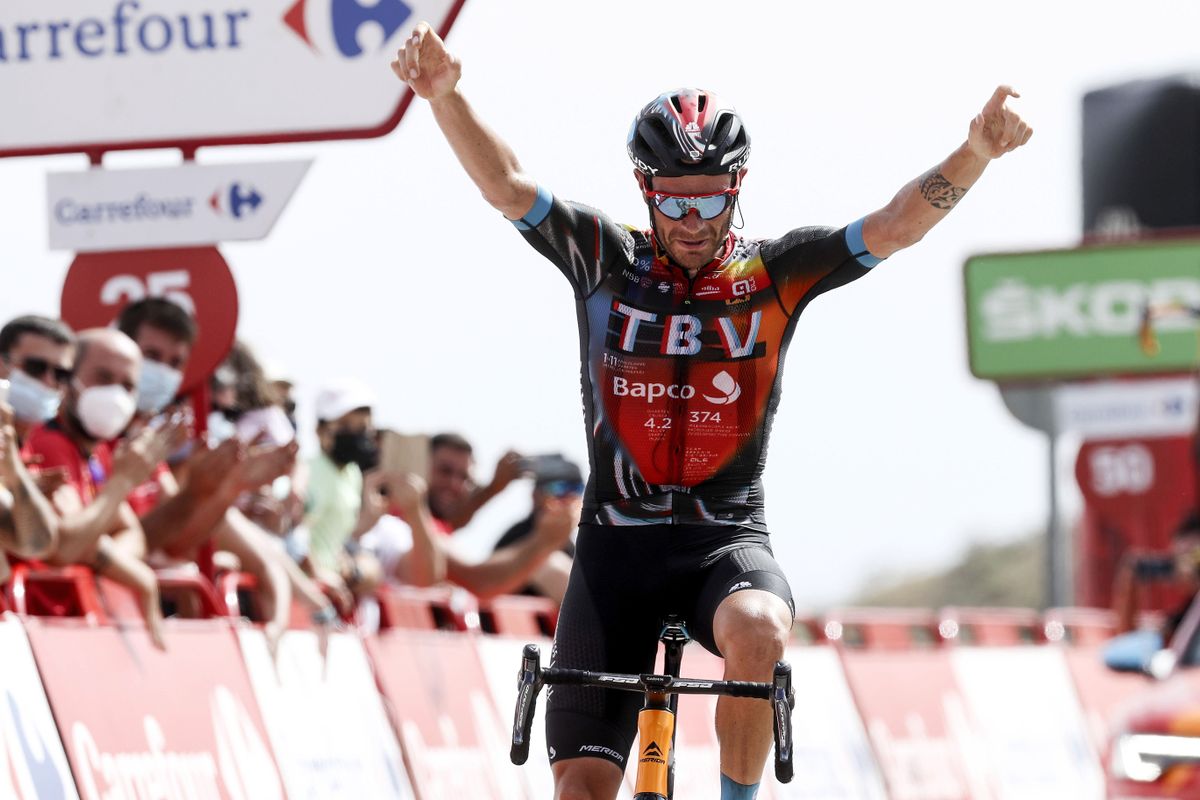 Bahrain Victorious have announced contract extensions for Damiano Caruso and Gino Mäder as the team continues to confirm its roster for 2022 and beyond.

New signings for 2022 include Luis León Sánchez and Johan Price-Pejtersen. Also part of the team for 2022 are Jack Haig, Dylan Teuns and Pello Bilbao.

Caruso and Mäder were already under contract for next season but Bahrain Victorious moved to secure their services after both enjoyed a successful 2021, winning Grand Tour stages and taking their best overall results in the Giro d’Italia and Vuelta a España.

The 34-year-old Caruso has enjoyed a long career as a domestique but rode for himself at the Corsa Rosa and finished second overall behind Egan Bernal (Ineos Grenadiers) in May. He also won stage 20 and then took a stage win at the Vuelta a España with a 70km solo attack.

“Staying with the team was a pure formality after such a stunning season that is the best of my career so far,” Caruso said.

“I believe that when something is working well, there’s no need to change it. I experienced probably my best year as a pro rider with this group, and I’m more than happy to continue my journey with Bahrain Victorious.”

Mäder, 24,  had a breakthrough season in 2021 after joining from NTT Pro Cycling. He won stage 6 at the Giro d’Italia on the hilltop finish above Ascoli Piceno, a stage at the Tour de Suisse and then fought to finish fifth at the Vuelta.

“I’m super happy that the team signed me last year when things weren’t so easy. The team believed in my qualities and trusted me before I did, and I am looking forward to keeping it going that way!” he said.