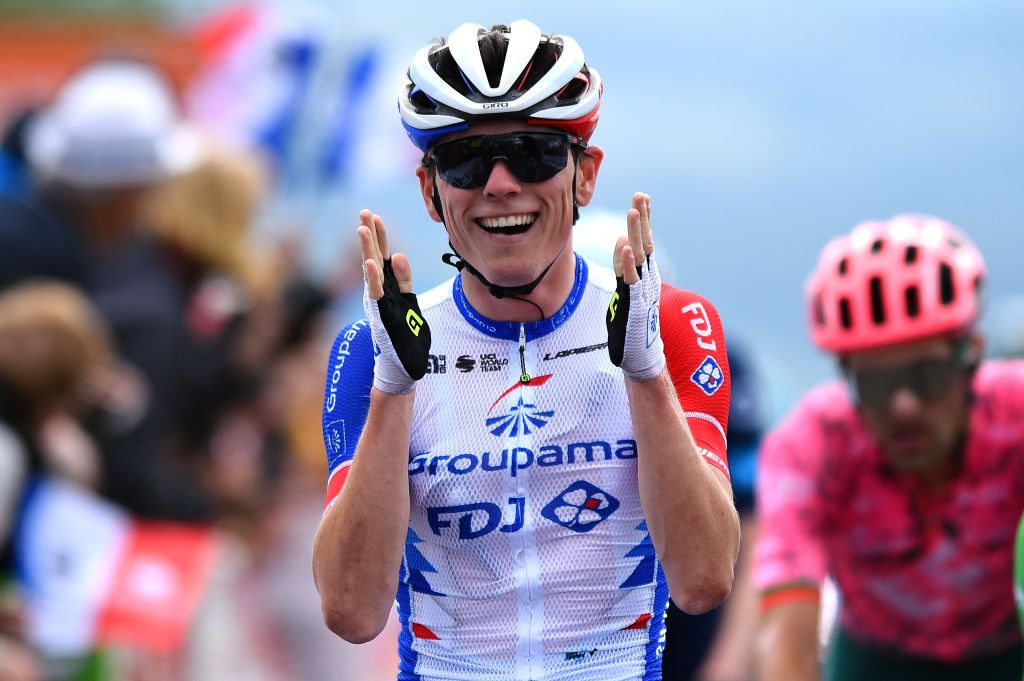 David Gaudu may still have had a season-and-a-half to run on his contract with Groupama-FDJ but ahead of the Tour de France the French team announced it had added another two years, locking in the 25-year-old through to the end of 2025.

Gaudu, once a domestique for Thibaut Pinot, is spearheading the team’s GC challenge alongside his compatriot, after coming 11th overall in 2021 when Pinot’s absence first gave him an opportunity to line up at the start of the Grand Tour in a leadership role.

“There was a common desire to continue,” team manager Marc Madiot said in a statement on the extension. “We have established ourselves over the long term and we are moving ahead together.”

“It’s very important to keep your leaders and riders. We are a team that works on a long term basis. We want to see David shine in the general rankings and settle in at the top of the world hierarchy. David is affirming himself, he is now a strong anchor of the team.”

Crashes and illness weighed on Gaudu’s spring, however he delivered a stage victory at the Critérium du Dauphiné but then plunged down the overall rankings from sixth to 17th on the final day.

“I went through a difficult period at the beginning of the season but I always felt the support of the team and the sponsors,” said Gaudu. “The team is doing everything possible to make us feel good. I also want to emphasise all the research and development work that has been put in place to help us progress.

“When you join Groupama-FDJ, there’s a chemistry, you can’t just be passing through.”

Gaudu joined the squad in August of 2016 and first raced the Tour de France in 2018, lining up each year since. He has also raced the Vuelta a España once in 2020, winning two stages and finishing eighth overall.

The last extension for the French rider also came ahead of the Tour de France, when in June 2020 the team announced it had secured Pinot, Gaudu, Arnaud Démare and Stefan Küng through to the end of 2023. The latest announcement, adding another two years, will take his time at the squad up to at least nine seasons.

“I can’t see myself racing under any other colours,” said Gaudu. “I was with the FDJ foundation, then I turned professional in 2017 and Groupama led us to another step in 2018. We’ve already shared a lot of things in 6 years.”